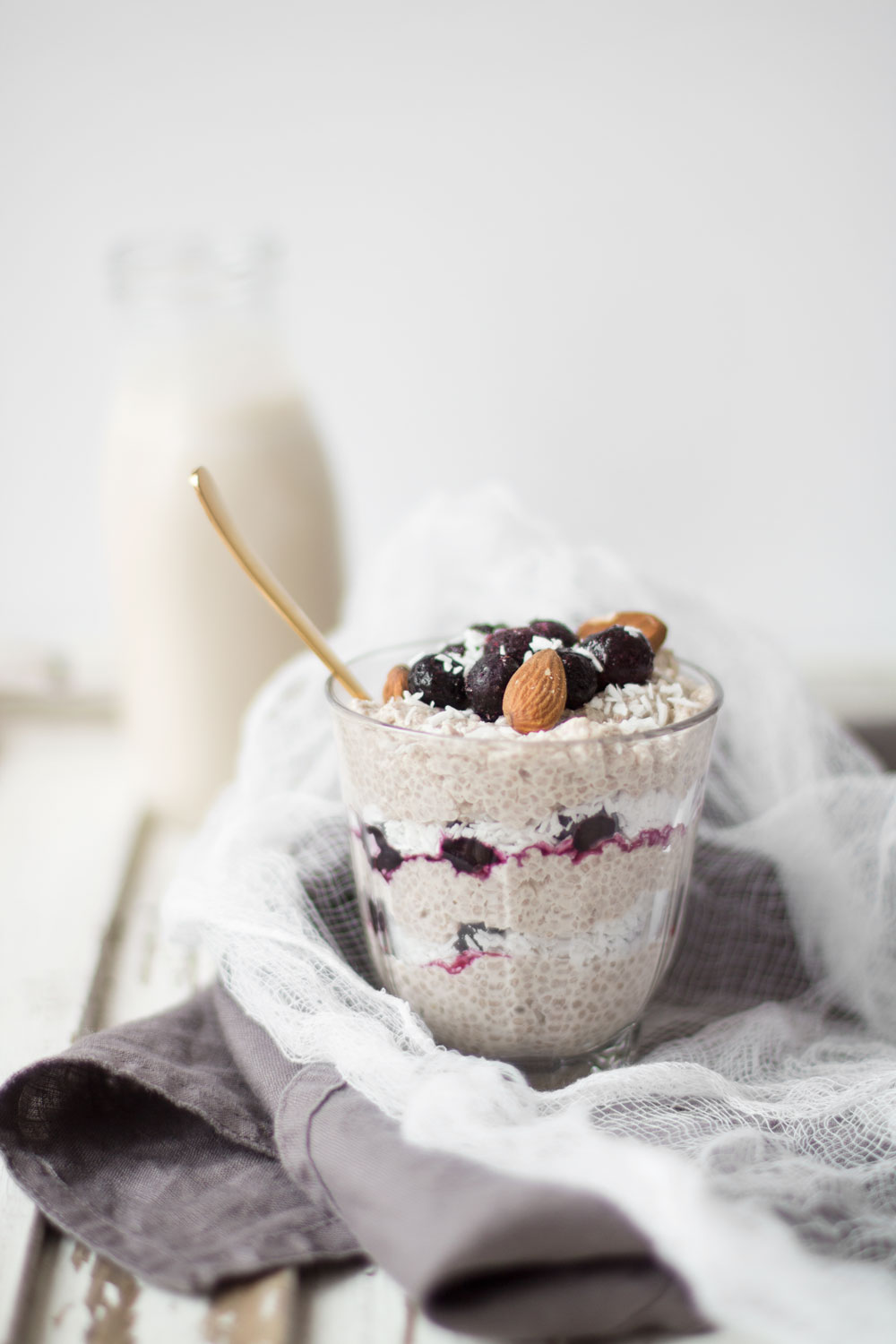 I’ve never been one to experiment with breakfast food. Unless I’m going out to brunch on the weekend where I can happily eat all of the calories, things in the morning meal department are pretty, well, boring to say the least. I recently made these smoothie bowls and mentioned that I normally eat an apple with peanut butter for breakfast. Although it’s simple and satisfying (Milo agrees) I am usually starving by 11 o’ clock. Making the smoothie bowls has definitely helped with substantially filling me and giving me more breakfast options, but I recently tried the vanilla chia pudding from Impact Kitchen and I knew I had to attempt to recreate it at home. Impact Kitchen makes their own cashew vanilla milk so for my first attempt at chia pudding I bought that. It turned out great but I quickly realized that spending $13 on a bottle of cashew milk probably isn’t very economical, so I made my own. Restaurants tend to make it seem like making chia pudding and cashew milk is difficult, but it is SO easy. Honestly this pudding turned out just as good as the one at Impact (I still love their version) and I got 3-4 cups of milk of 1 cup of cashews! I’d say this breakfast pudding is a definite must try, especially if you love the flavours of vanilla and coconut together as much as I do! 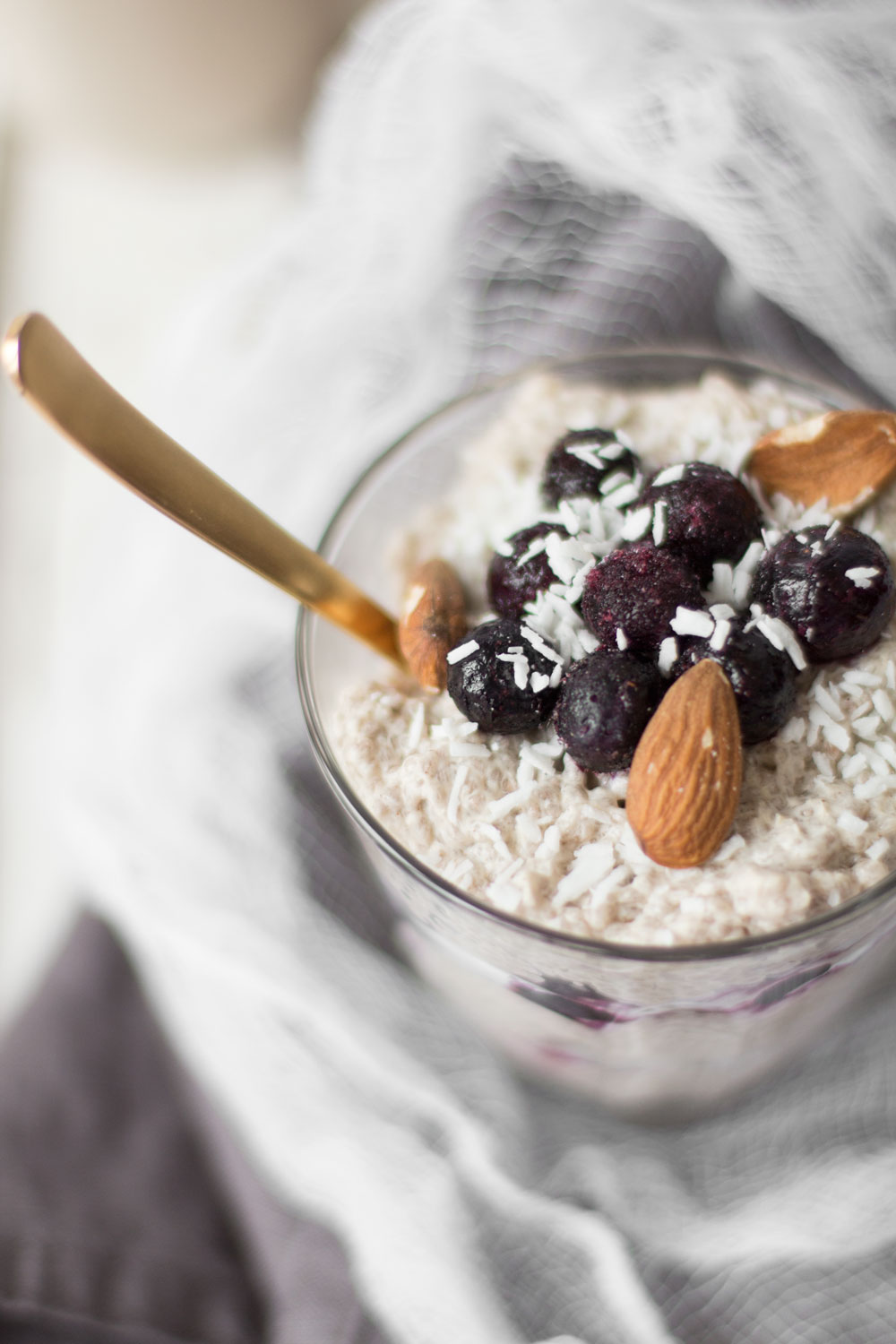 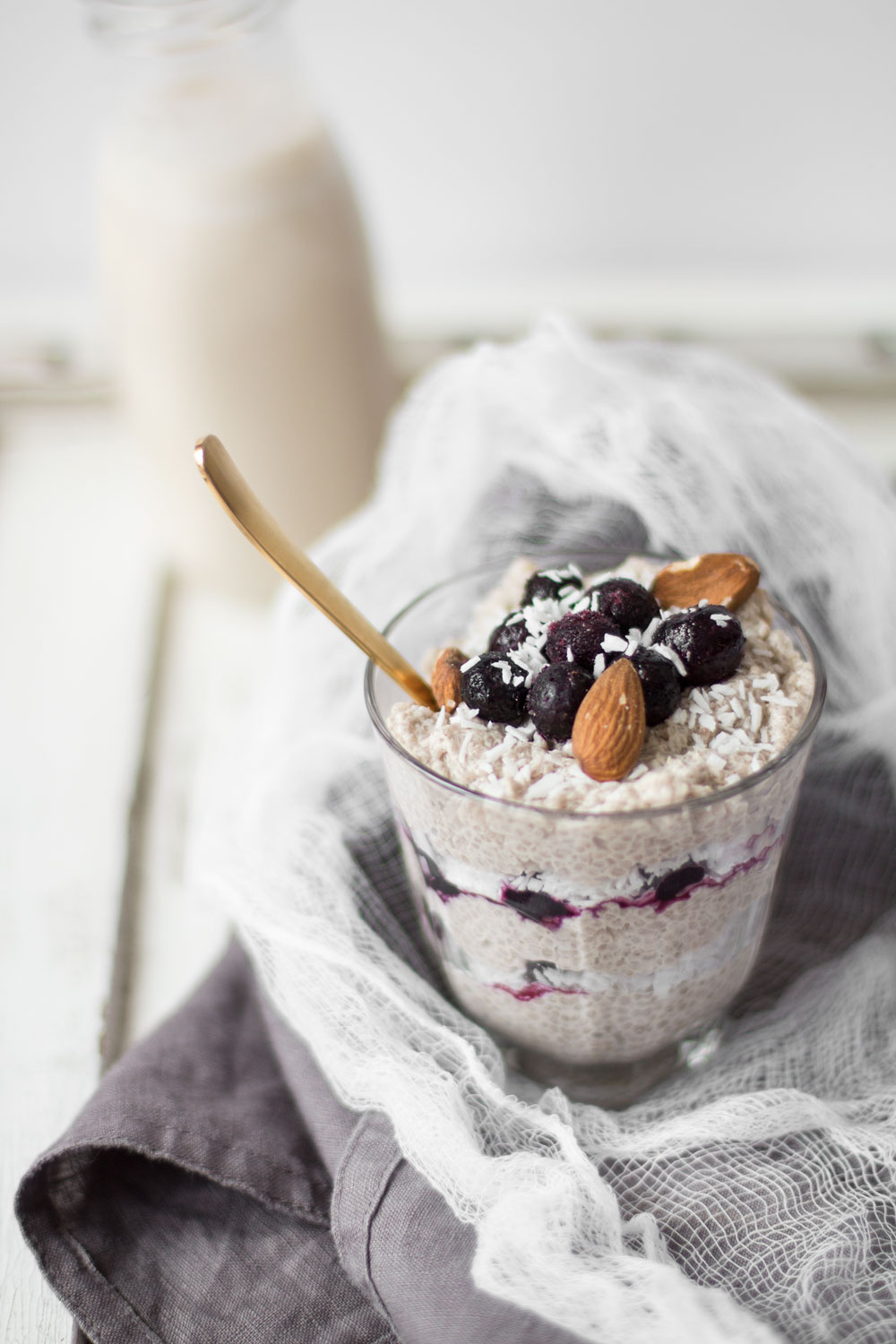