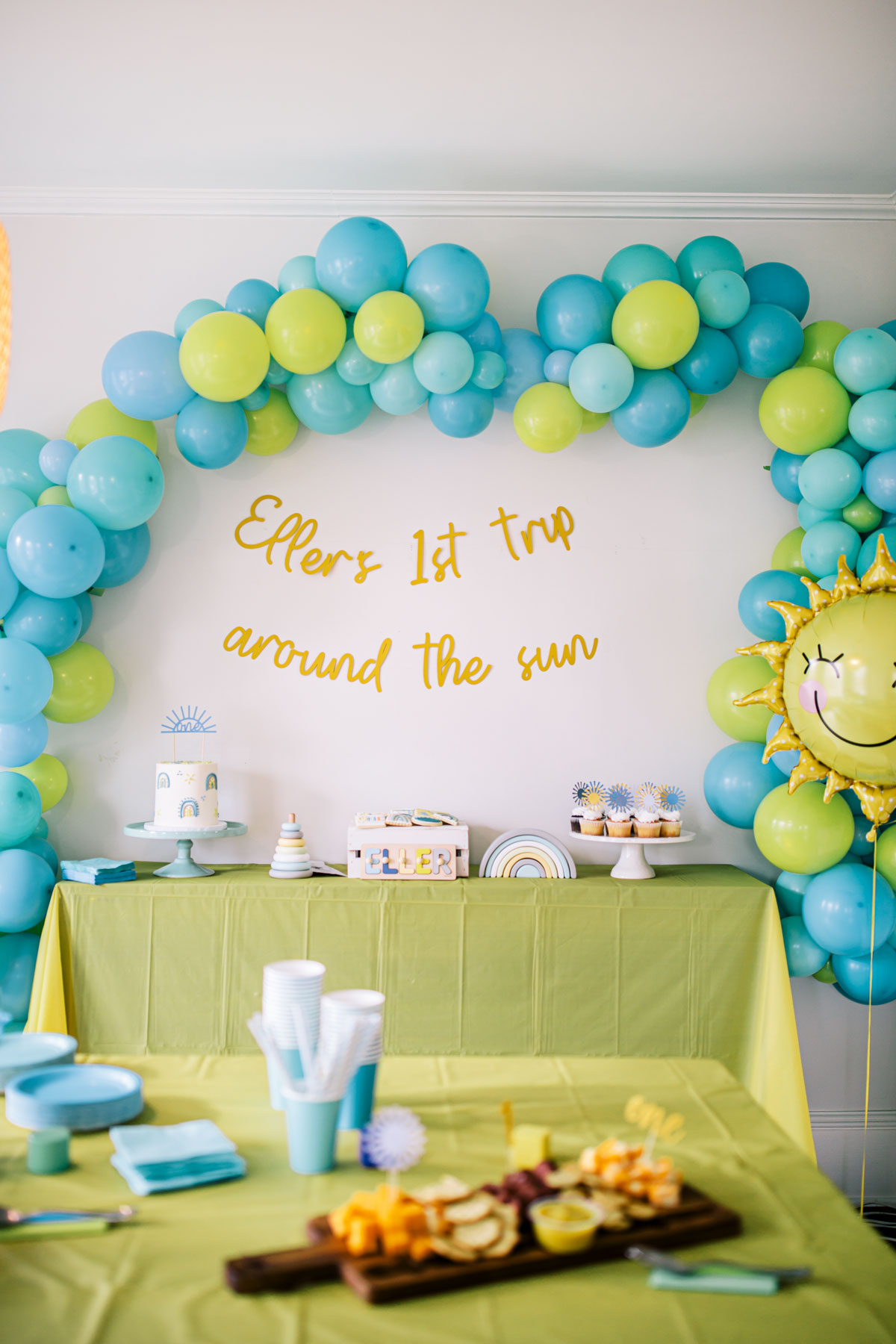 You guys, I legitimately can’t believe that my little Eller (aka Bell Bell) is already 14 months old!!! Where does the time go!? I feel like it was just yesterday that I was pregnant with him, so I’d love it if someone could please explain how 14 months has seemingly flown by?

Eller is quite the little rascal and has such a sweet, silly personality. I can’t get enough of his high fives, juicy kisses, and impressive dance moves. He’s also such a little helper around the house and loves to put trash in the bin, laundry in the hamper, and close the dishwasher door. He’s obsessed with strawberries but will eat pretty much anything I offer him especially if it is a one-pot meal like chili, soup, or curry. Eller also has such a huge heart and loves everyone in his family so so much. However, he is especially fond of his big brother and tries so hard to keep up with him and his anticks. Their relationship has truly been blossoming within the last couple of weeks and I am so happy to finally see it. Yesterday, Eller found Edwin’s water bottle and brought it over to him on the couch. Edwin said “Thank you baby Eller” and my heart turned into a puddle of mush. Little moments like that make all of the struggles of having two littles so worth it.

ANYWAY! I imagine you are here to see Eller’s first birthday party. I have been so excited to share this post but wanted to wait until after the holidays since Eller’s birthday is so close to Christmas. Fast forward to almost the end of February (and just a week until Edwin’s 3rd birthday) and here we are! Eller’s birthday theme was “Eller’s First Trip Around the Sun” / “You Are My Sunshine” simply because he is such a little ray of sunshine. He’s the sweetest, happiest soul who has always gone with the flow. We joke that his motto is “happy to be here” because he really is that chill. For Eller’s Party, I stuck with a theme of Yellow and shades of blue. I kept everything pretty tame and ended up using a lot of toys the kids already owned to decorate. We were sent over the ELLER puzzle and stacking puzzle from our friends at BusyPuzzle which was so kind and they looked beautiful on the main table with the cake by Teaspoon Cake Shop and Cookies by Liddy Mae Custom Cookies.

I ordered Custom laser print cupcake and cake toppers along with a sign for the wall by Beauty Bloom Design which was SO perfect. It looks like she’s taking a short break on her Etsy page but I’d highly recommend her when she’s back. As I said, this was probably my most chill party to date because with Eller’s birthday being so close to Christmas, I didn’t have the time or energy to go all out (sorry future Eller if you’re reading this!). We did appetizers from President’s Choice and Jamie and I spent a couple of nights making the balloon arch while watching Dexter and drinking wine so it didn’t seem like such a big undertaking this time. The balloons were from Party City as were the cups, napkins, table cloths, and utencils. Ellers outfit is from Zara and Edwin’s came in his last Poppy’s Style Box and ended up being PERFECT for the party with the sunshine print. And I think that’s it for the party details! I hope you guys loved Eller’s First birthday as much as I did and took some inspiration from it. 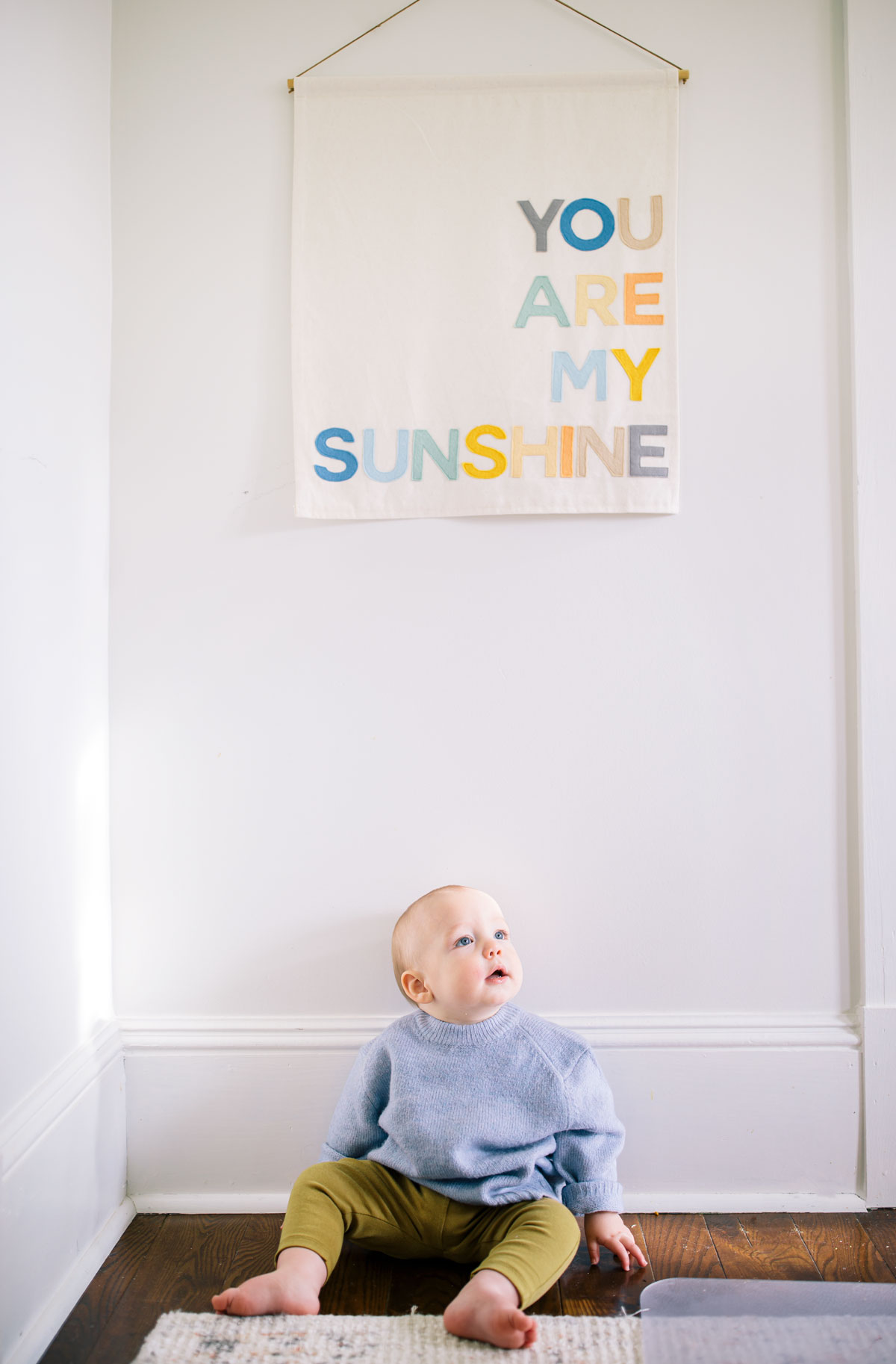 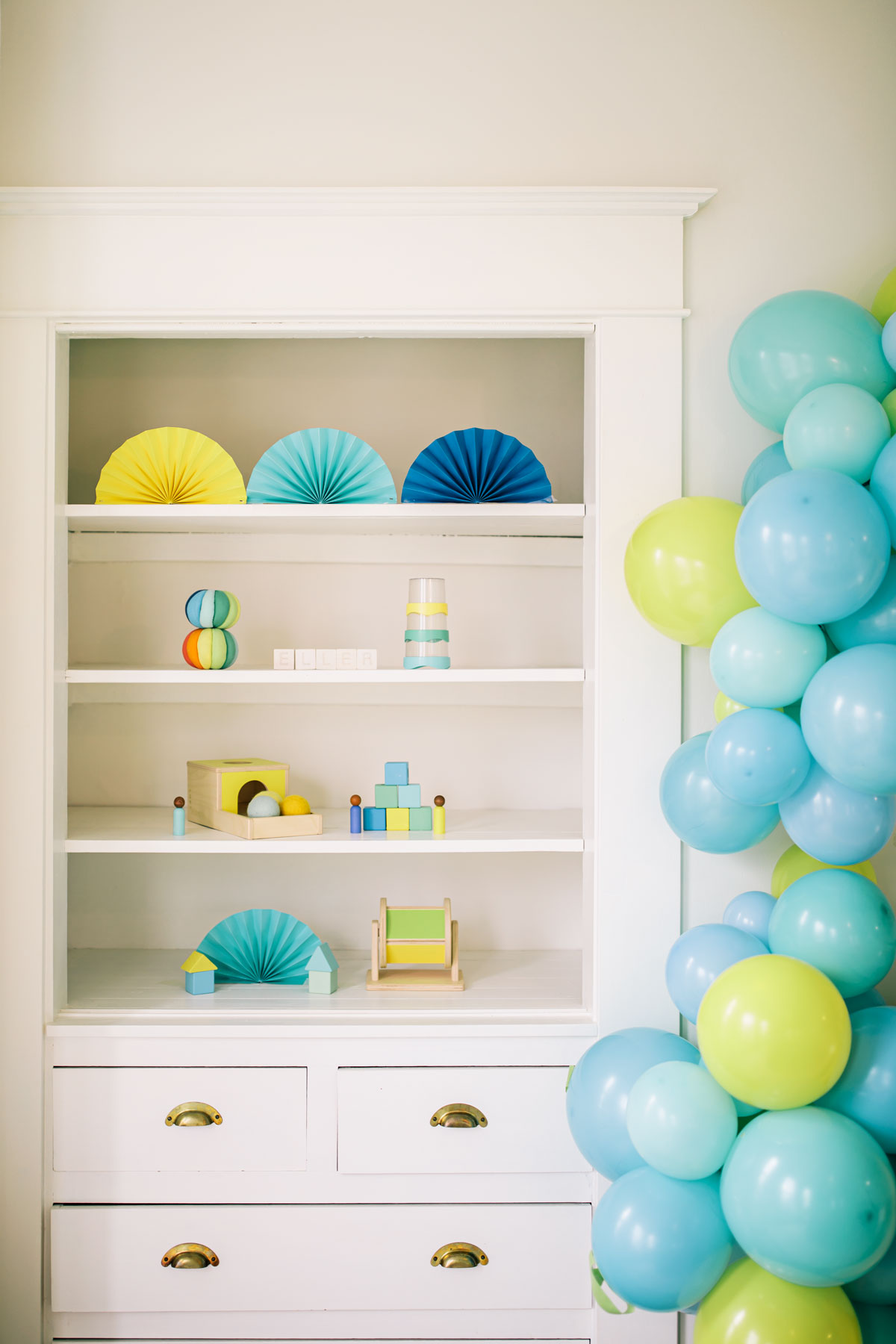 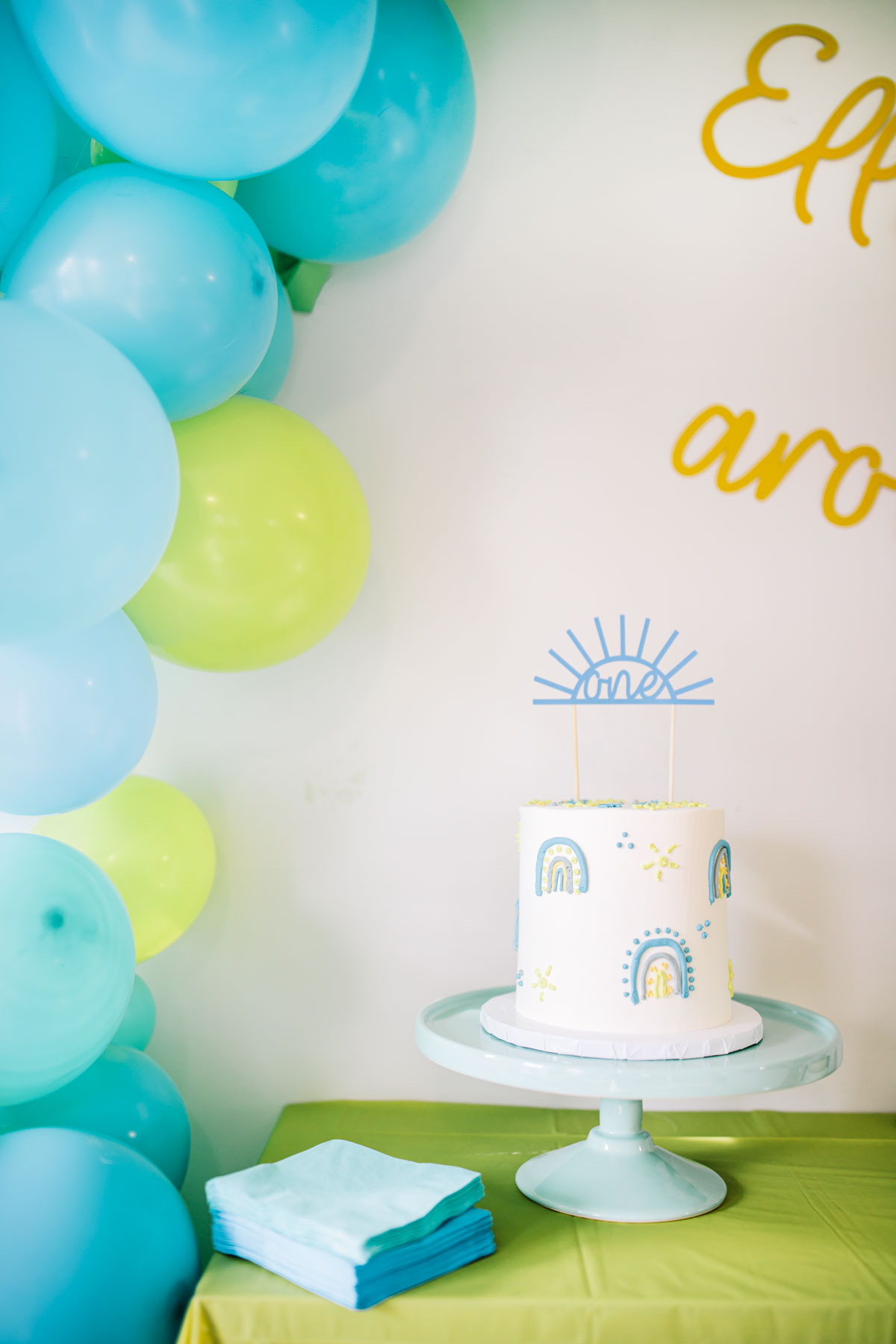 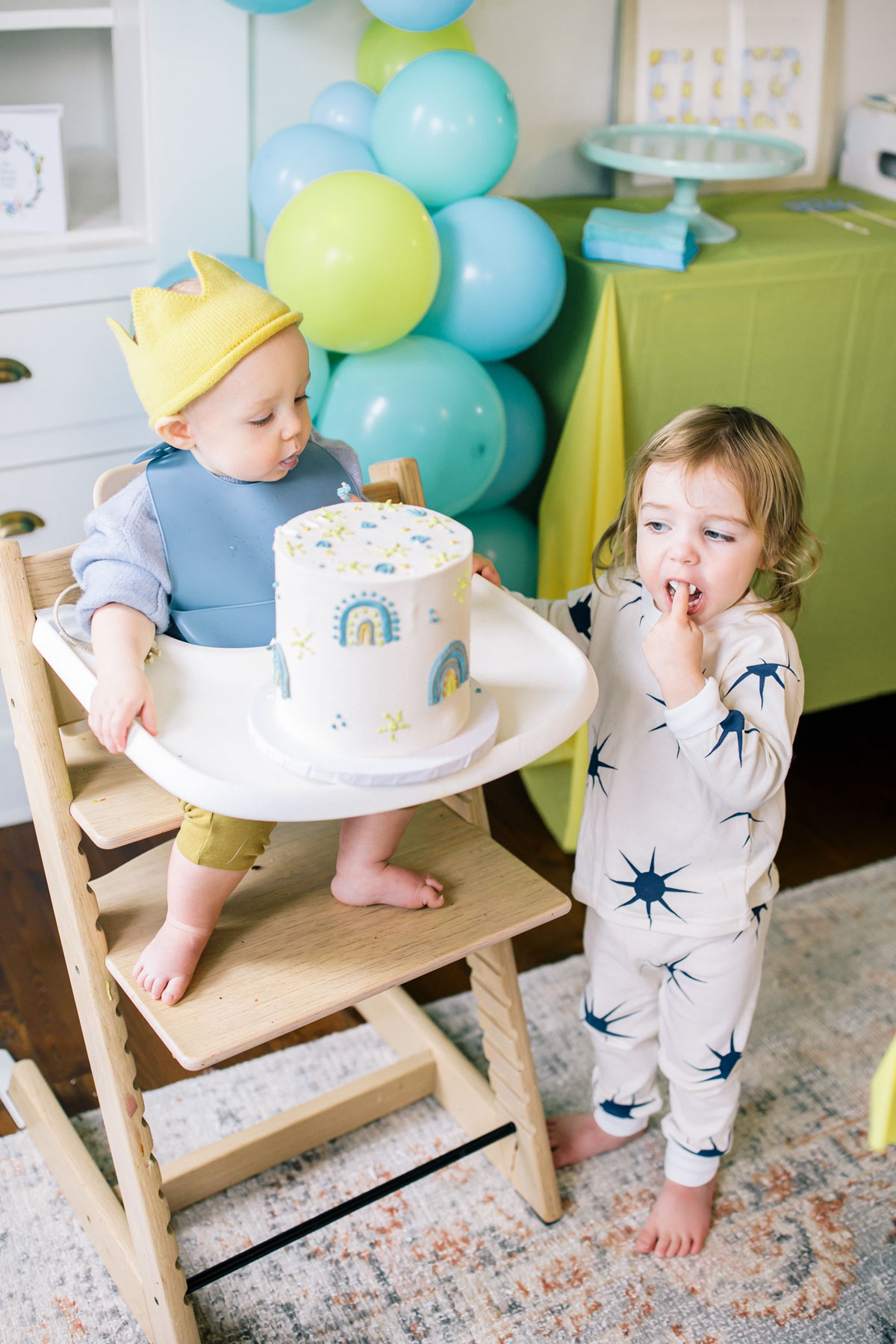 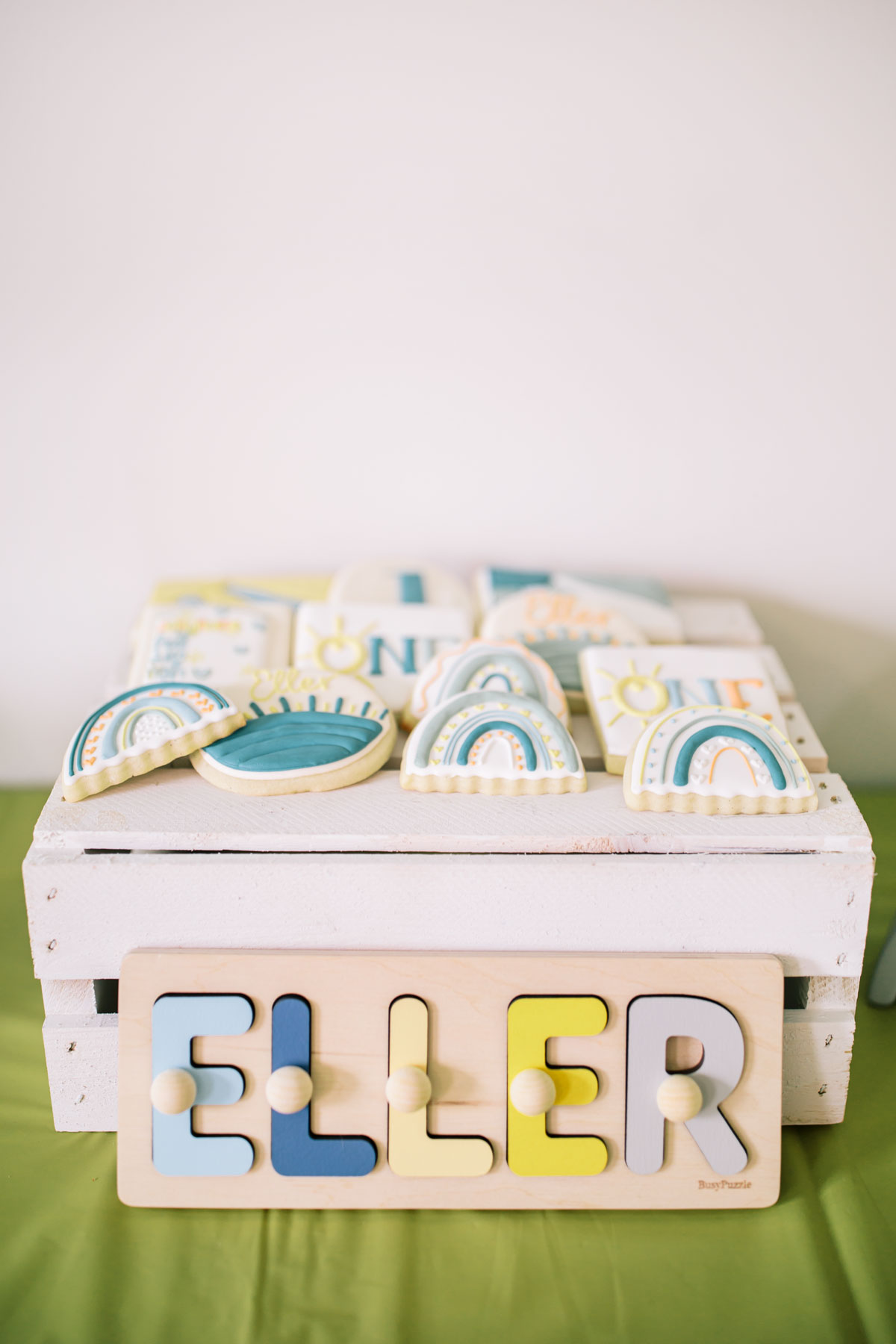 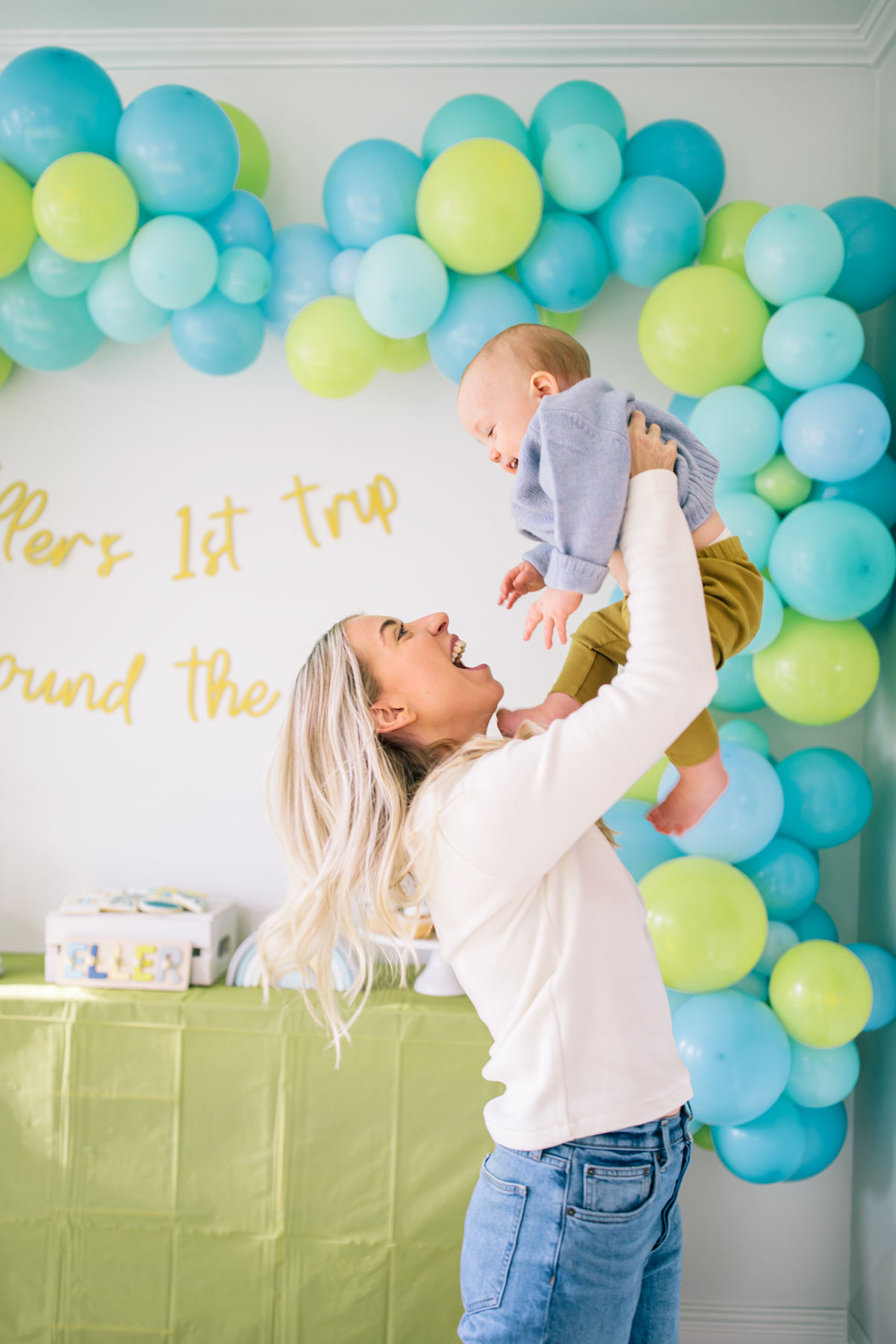 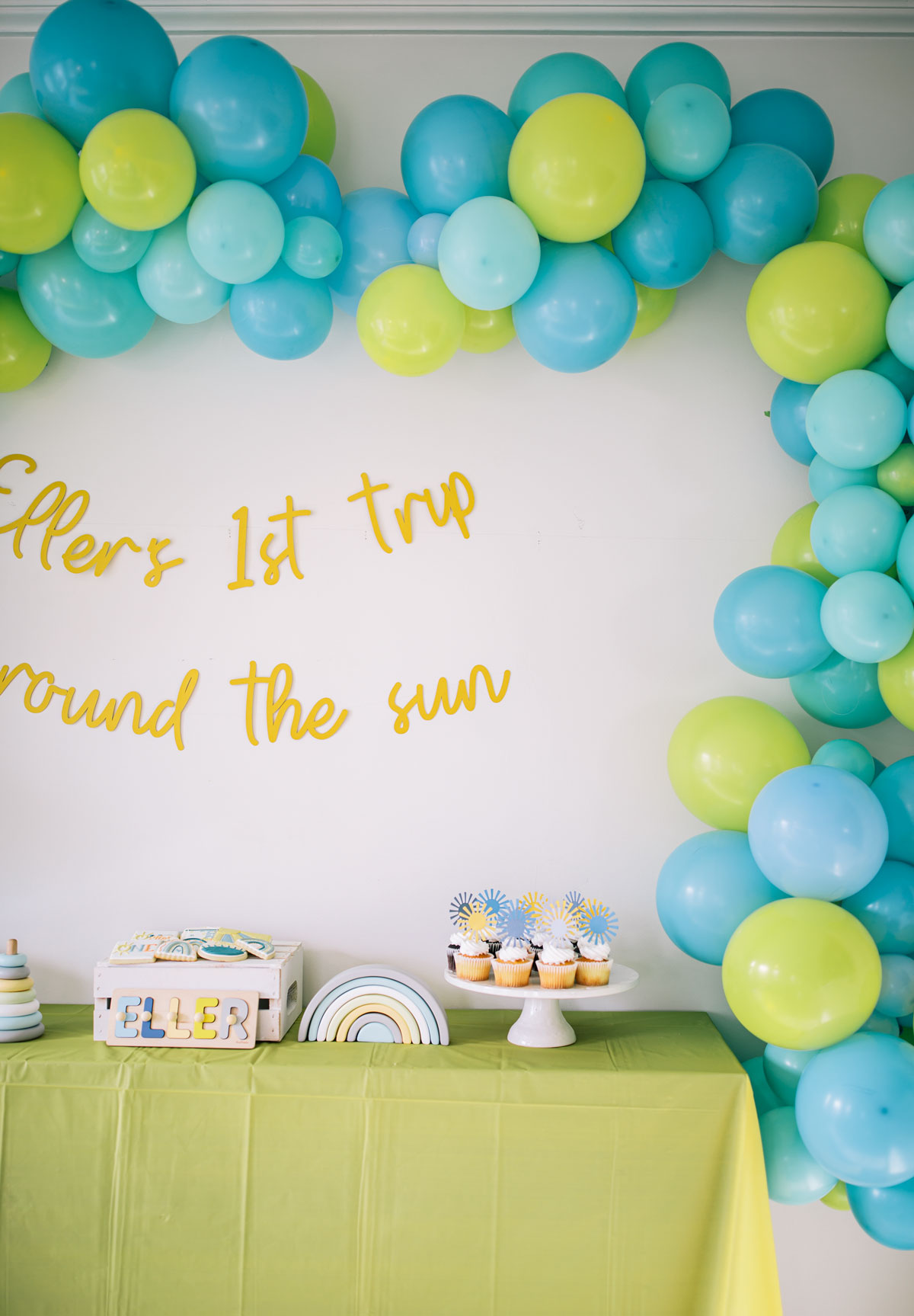 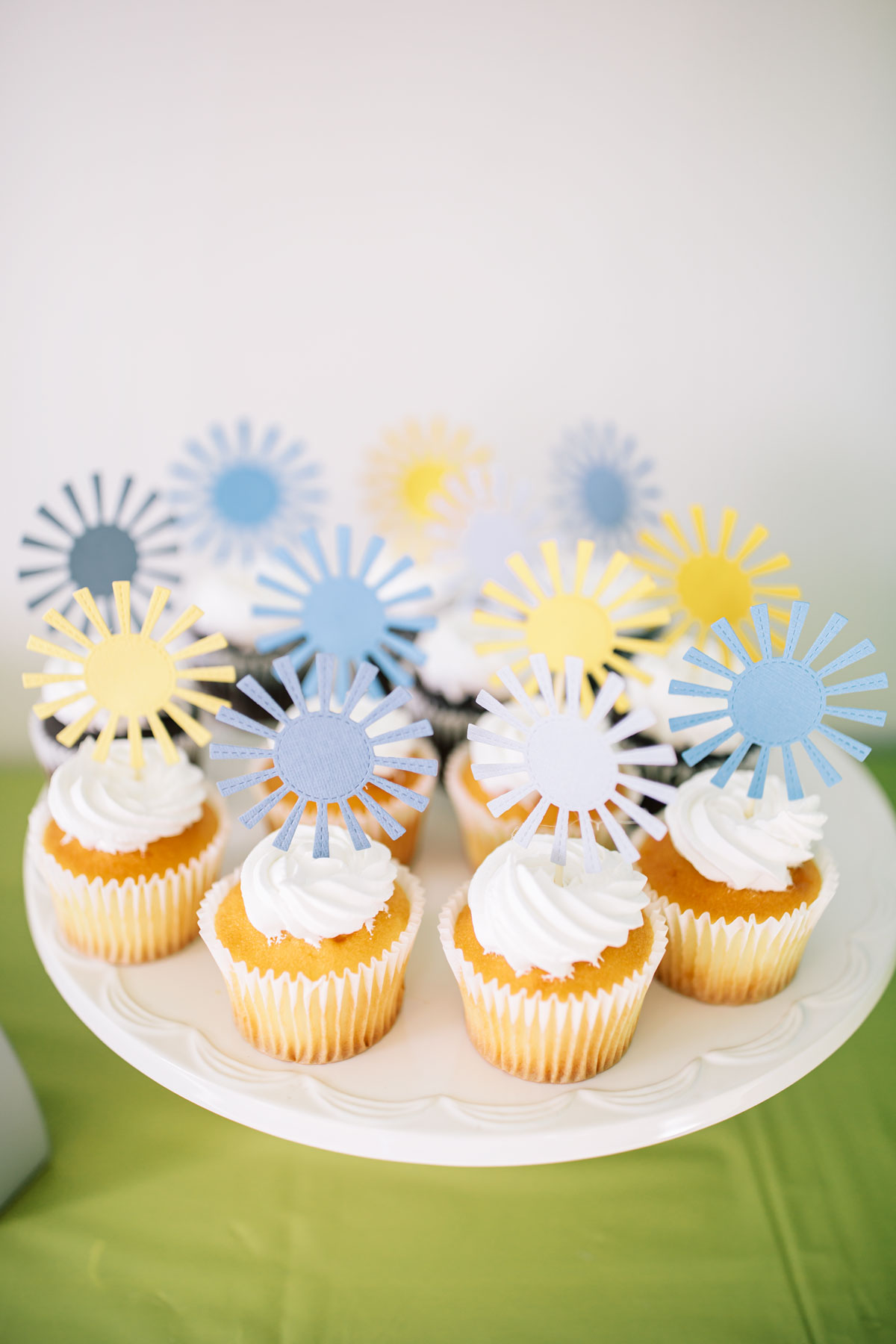 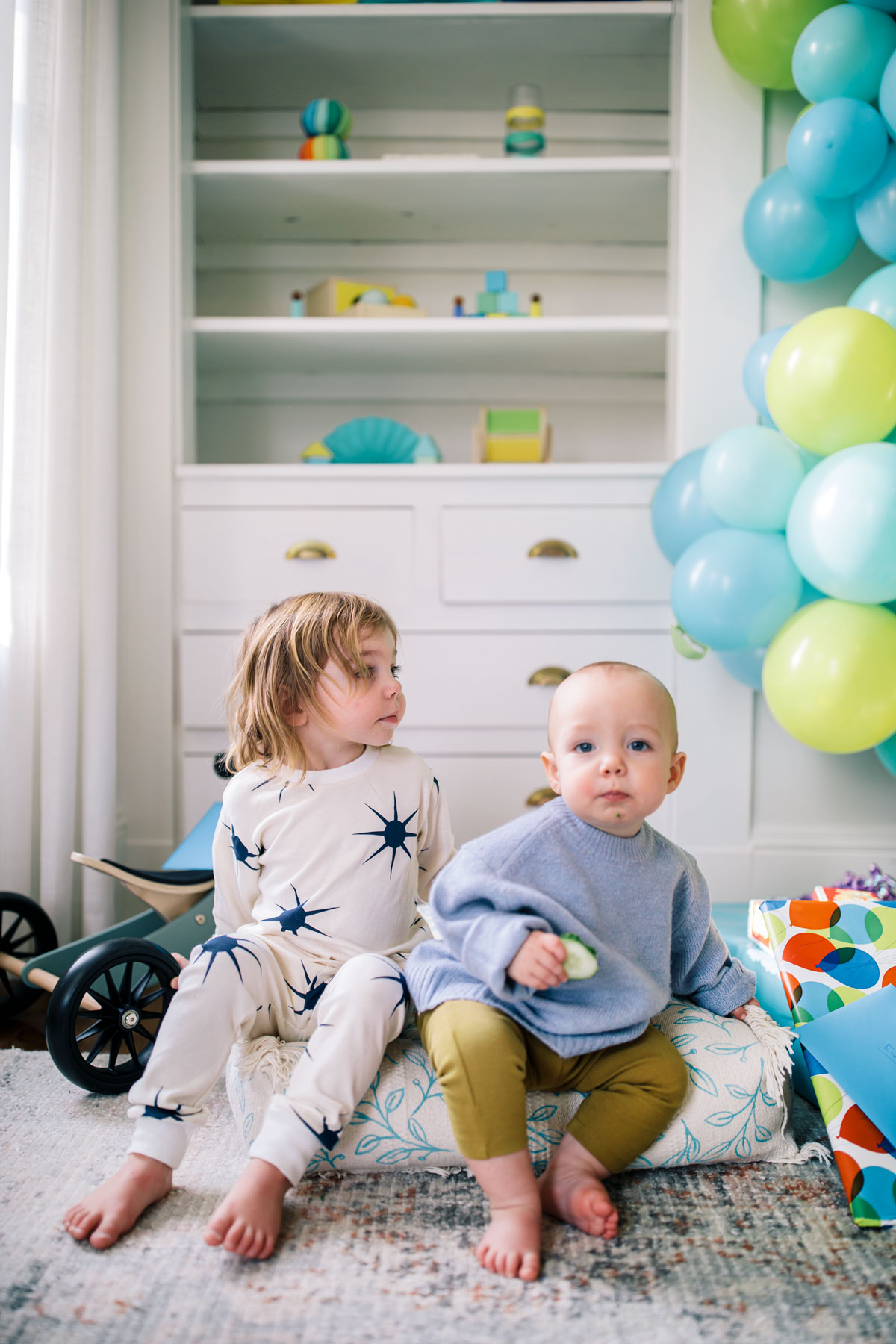 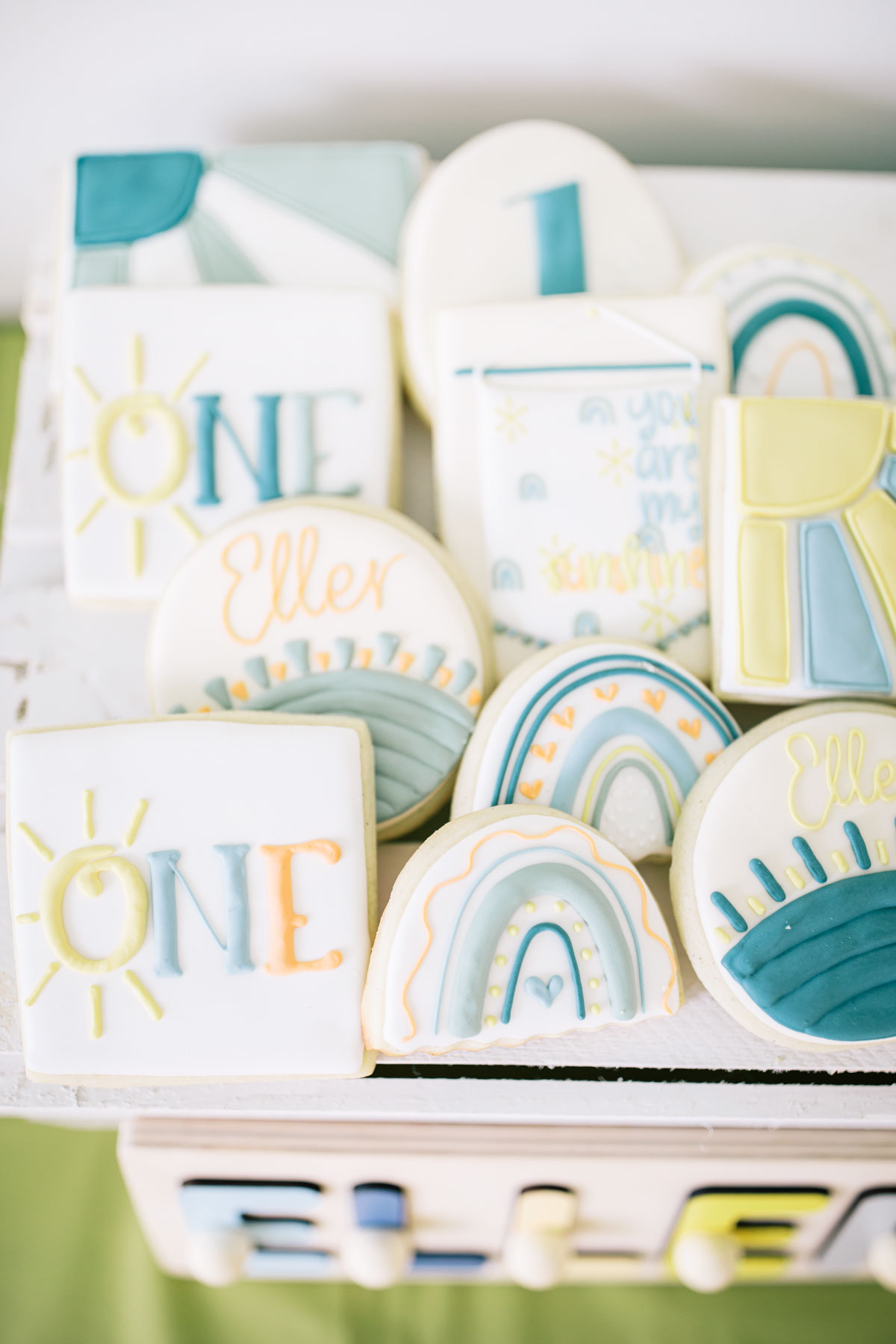 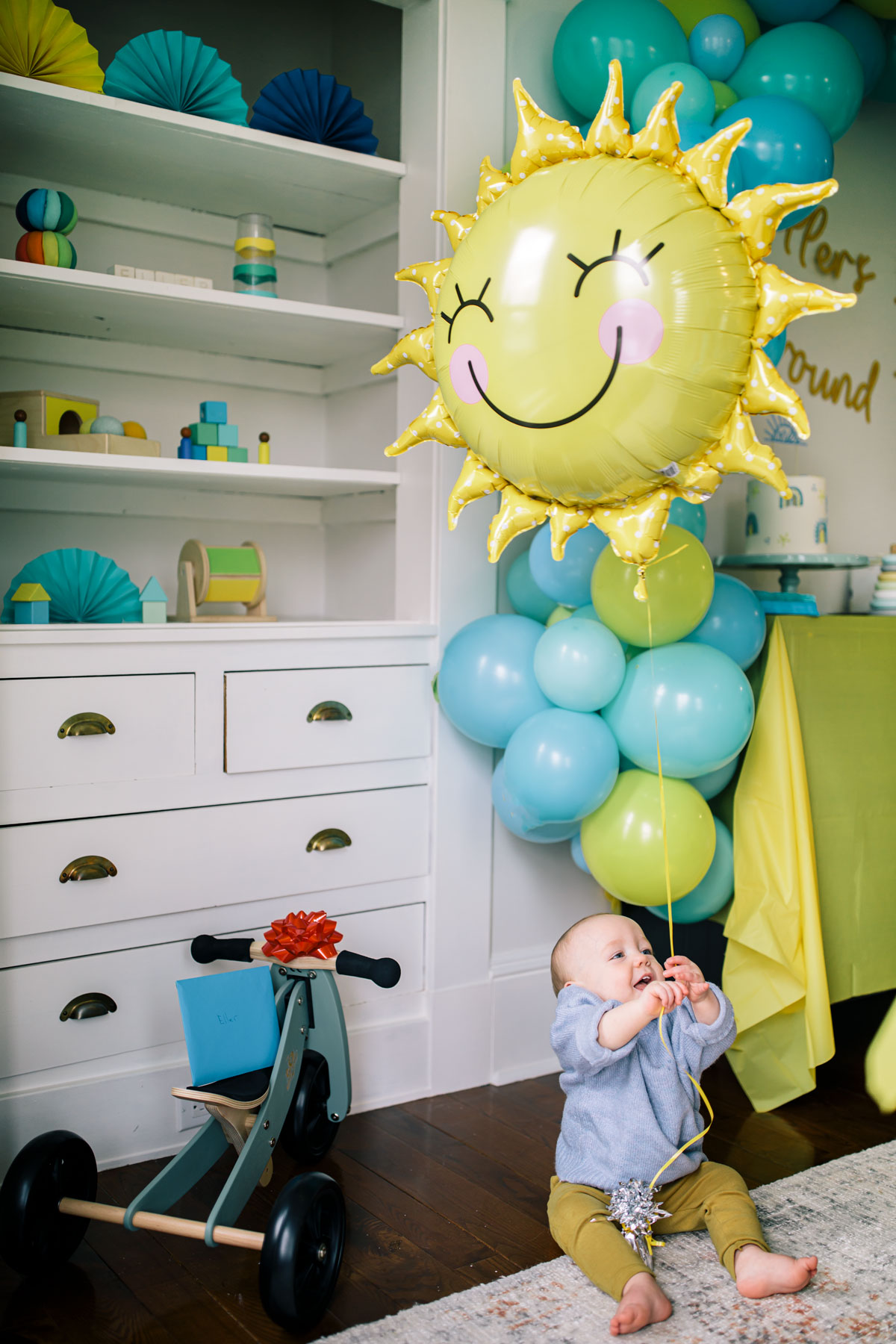 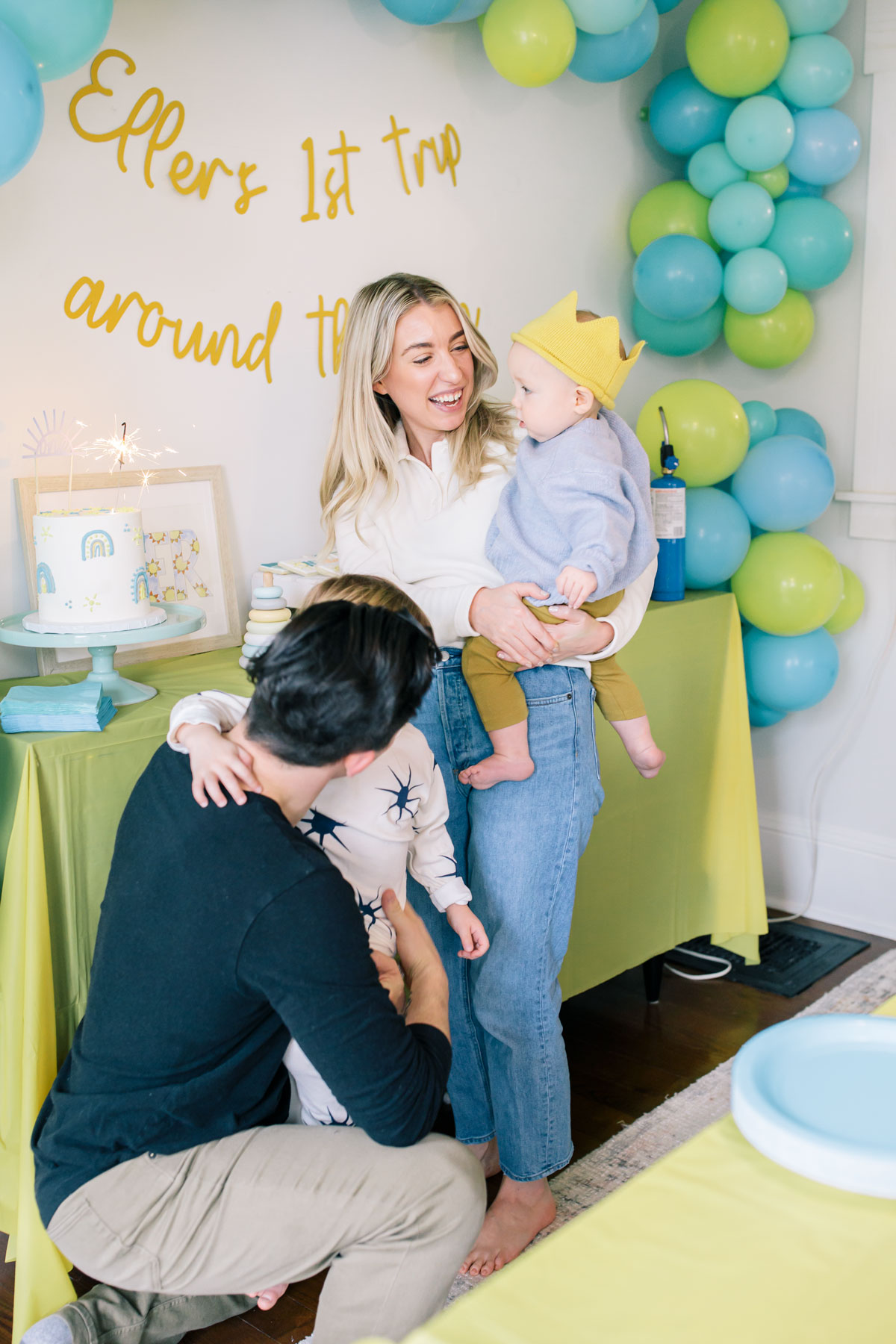 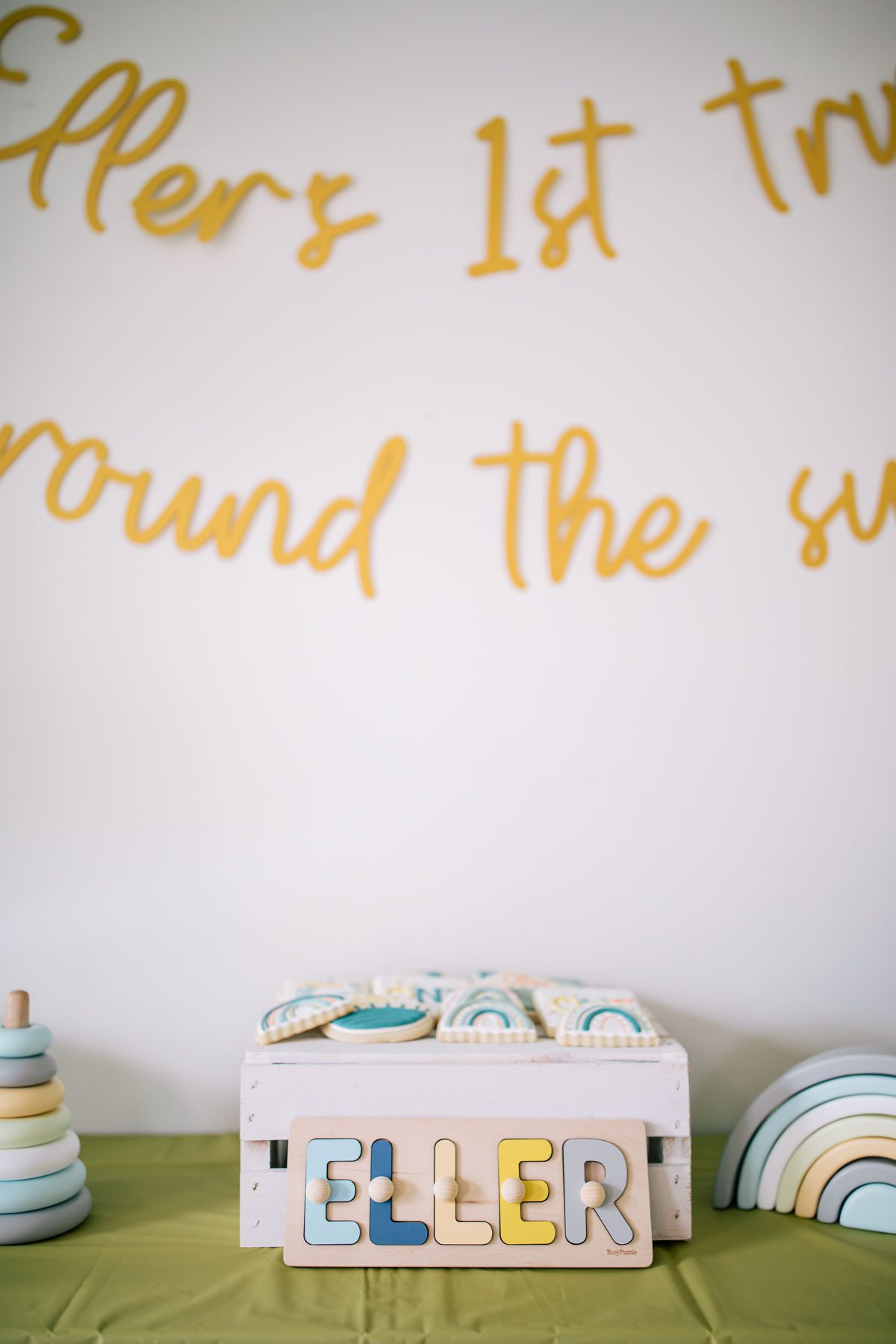 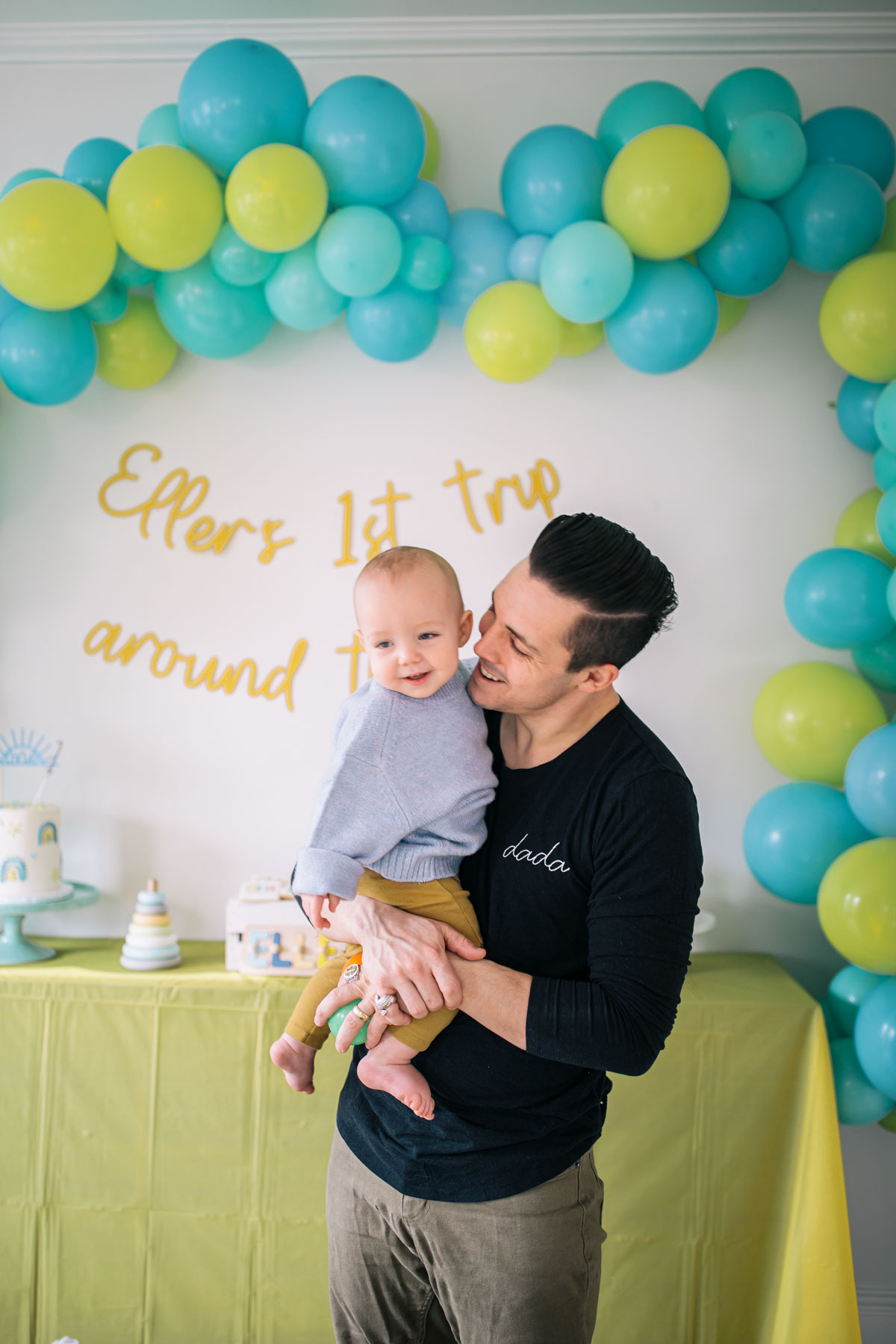 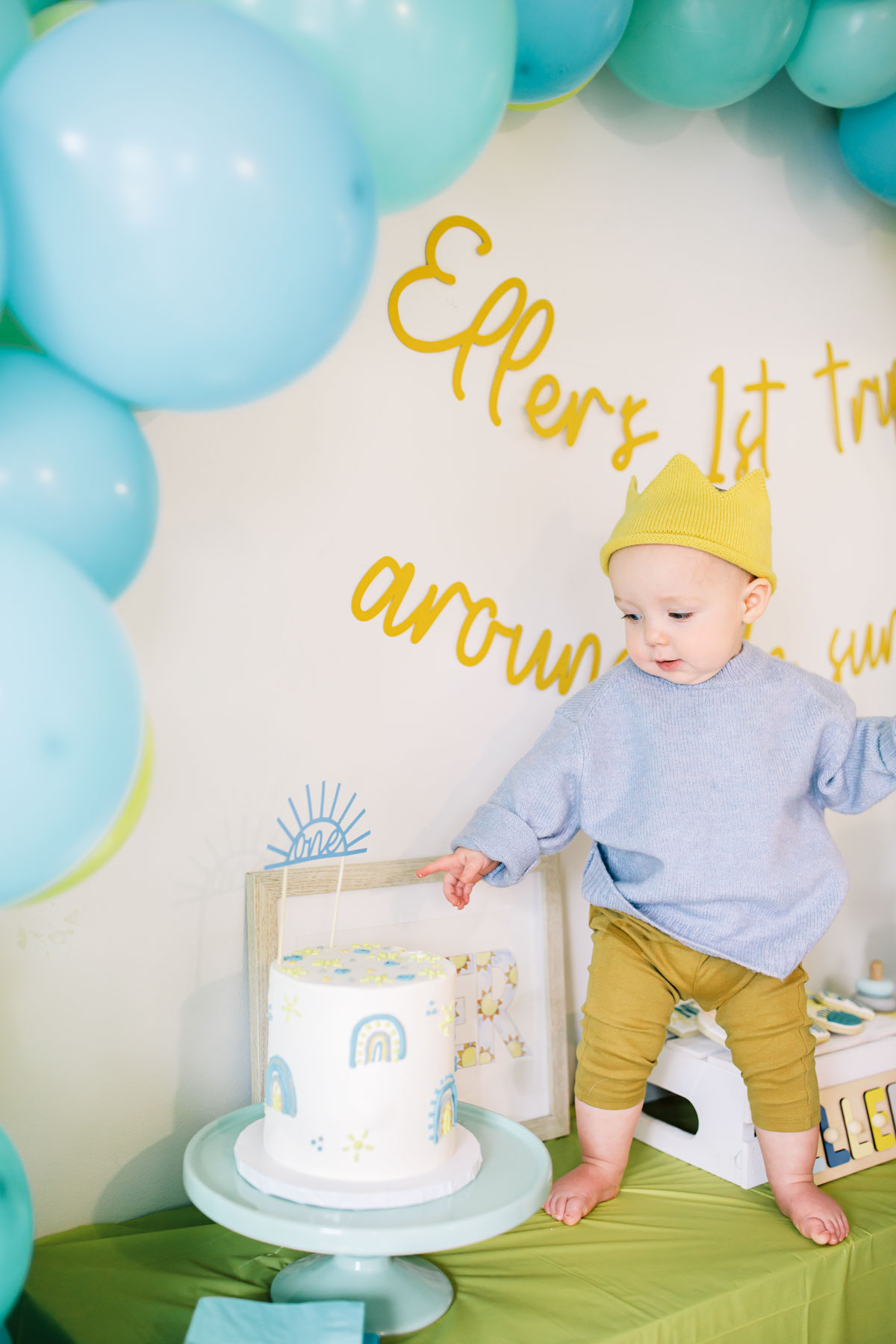 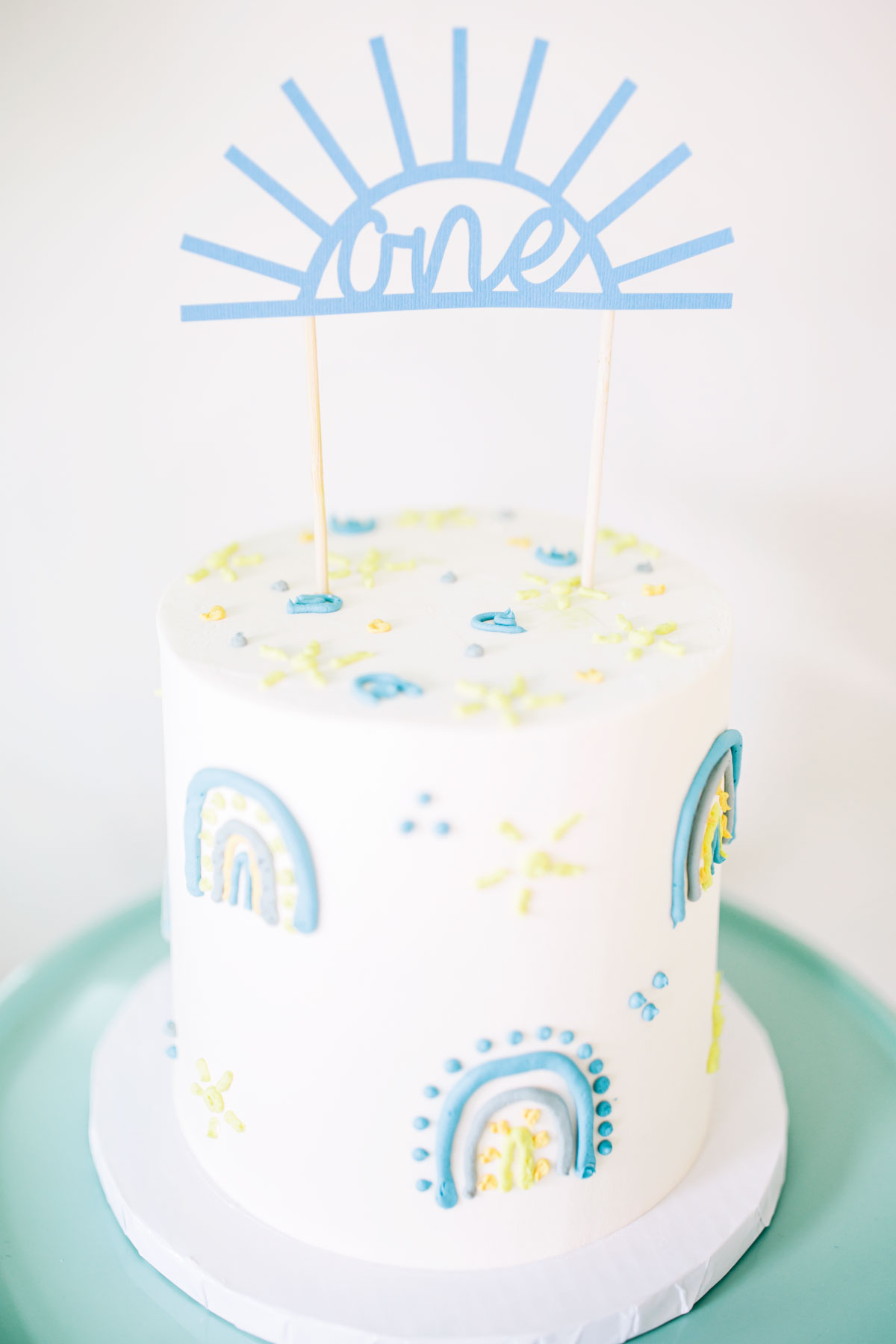 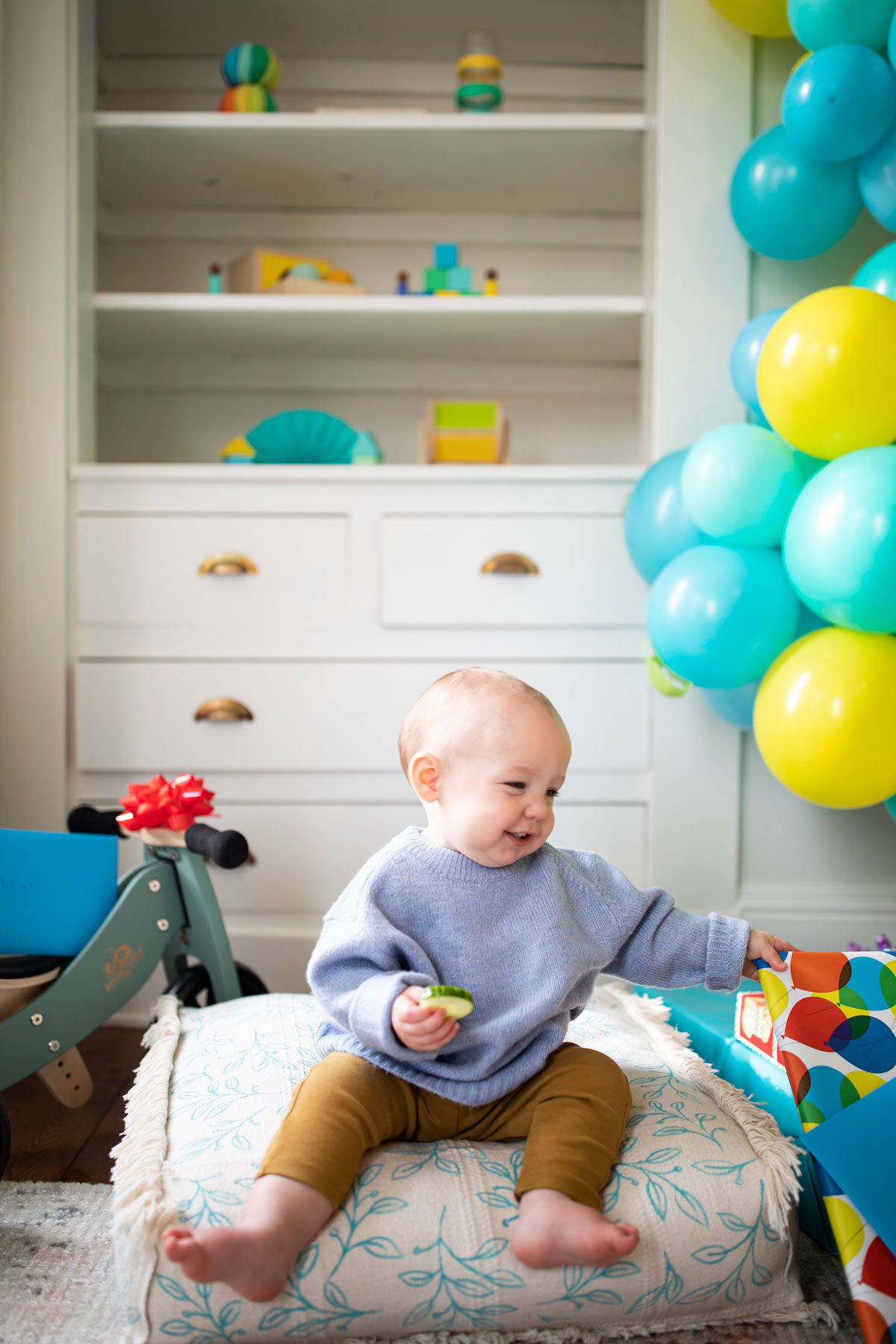 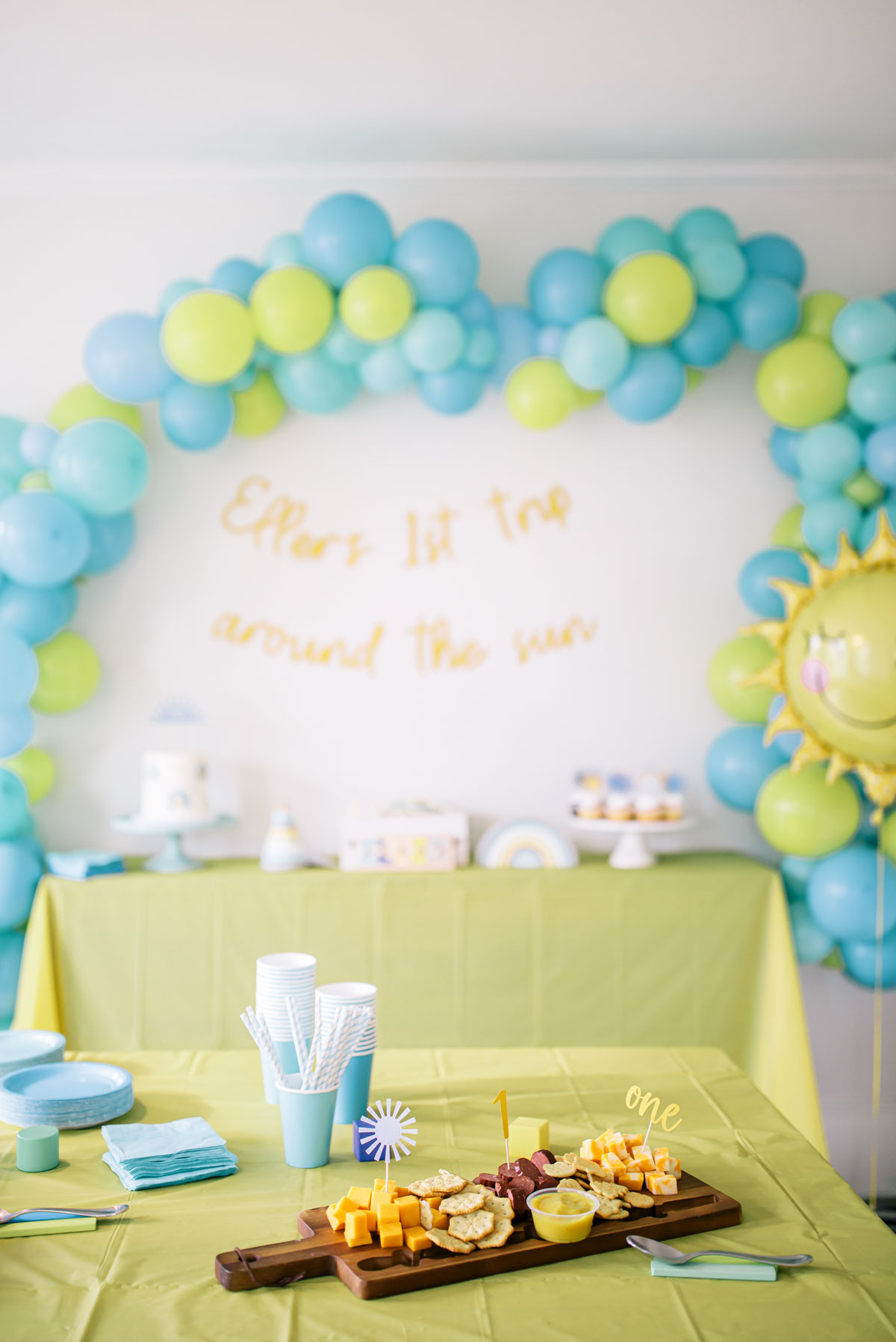 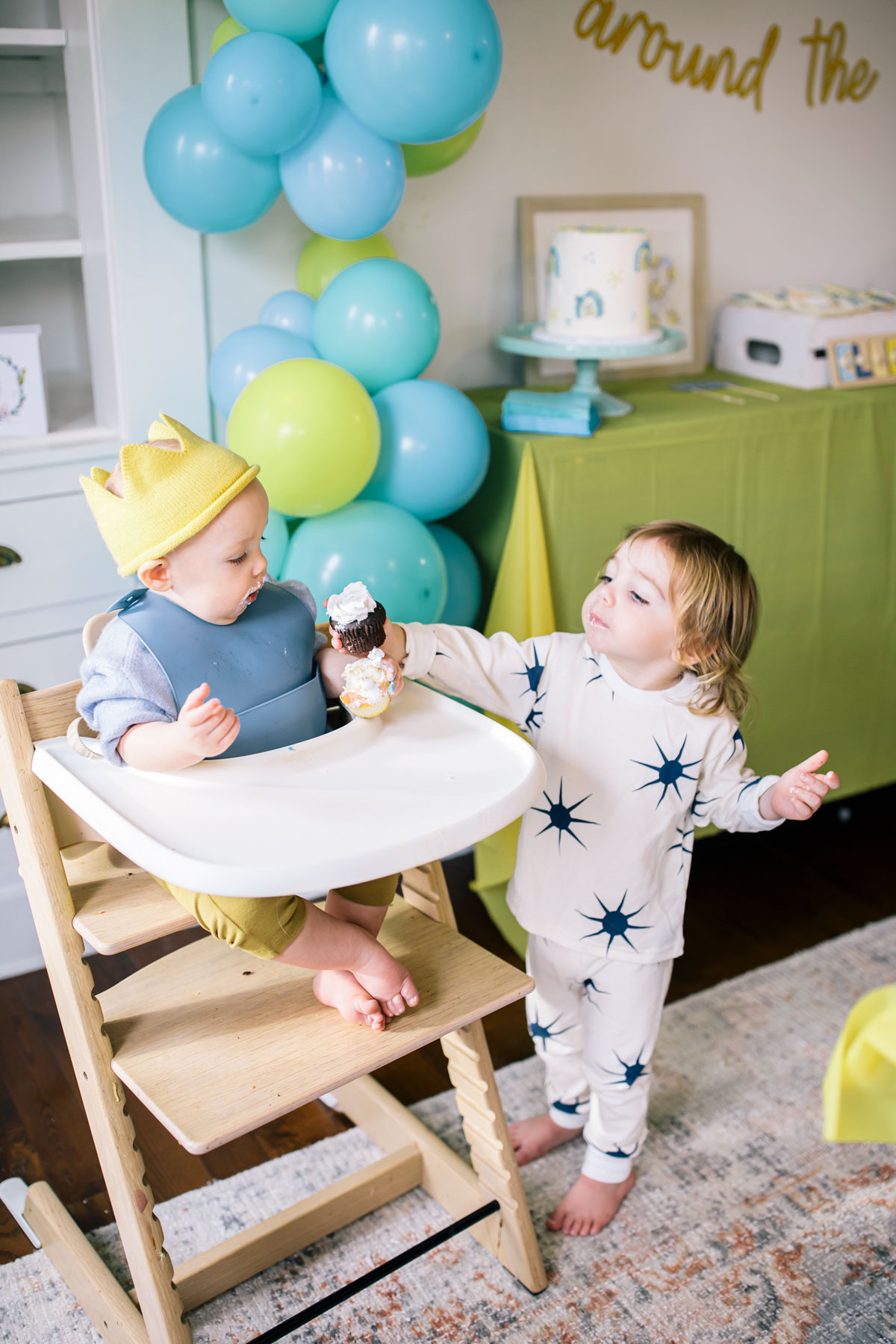 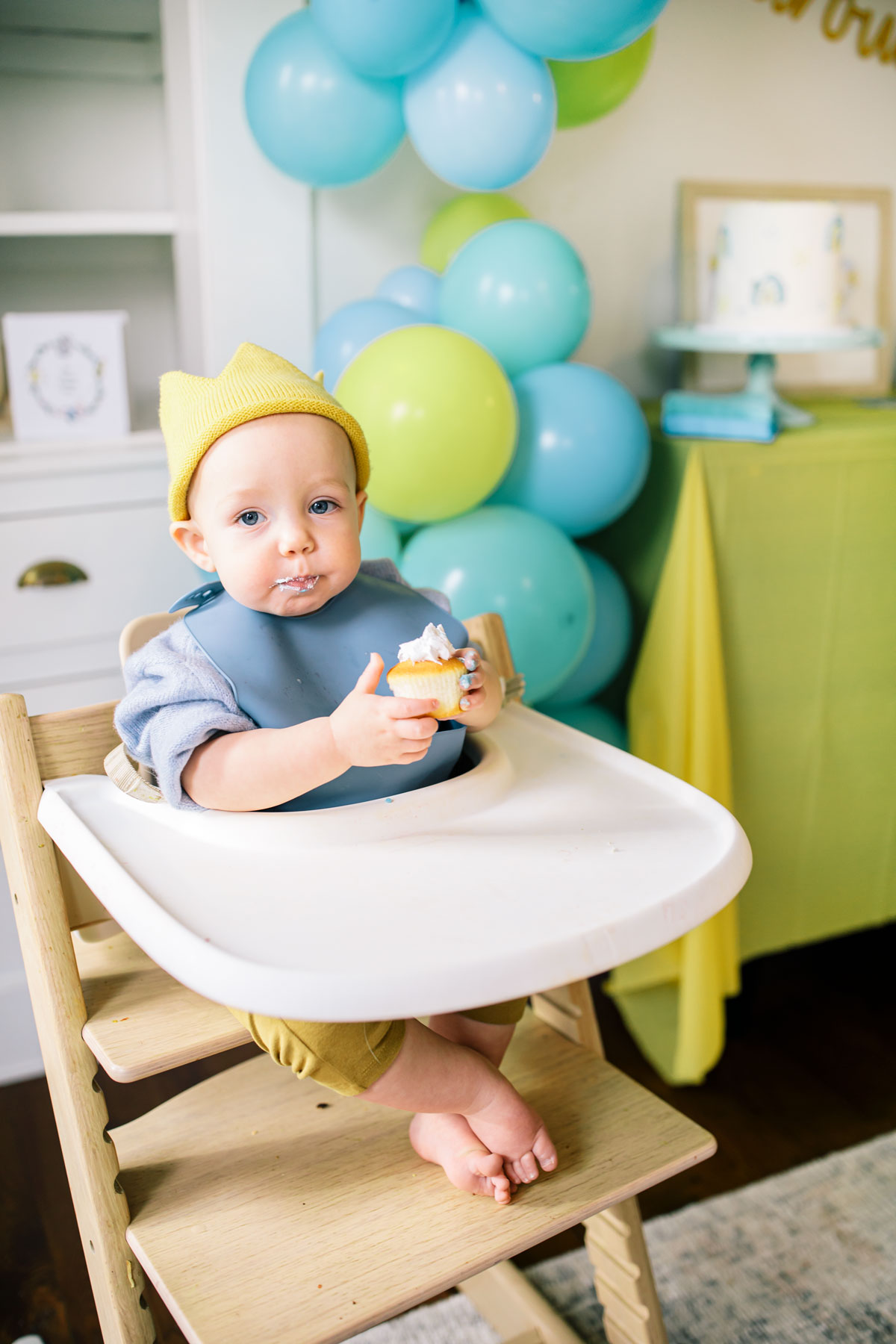 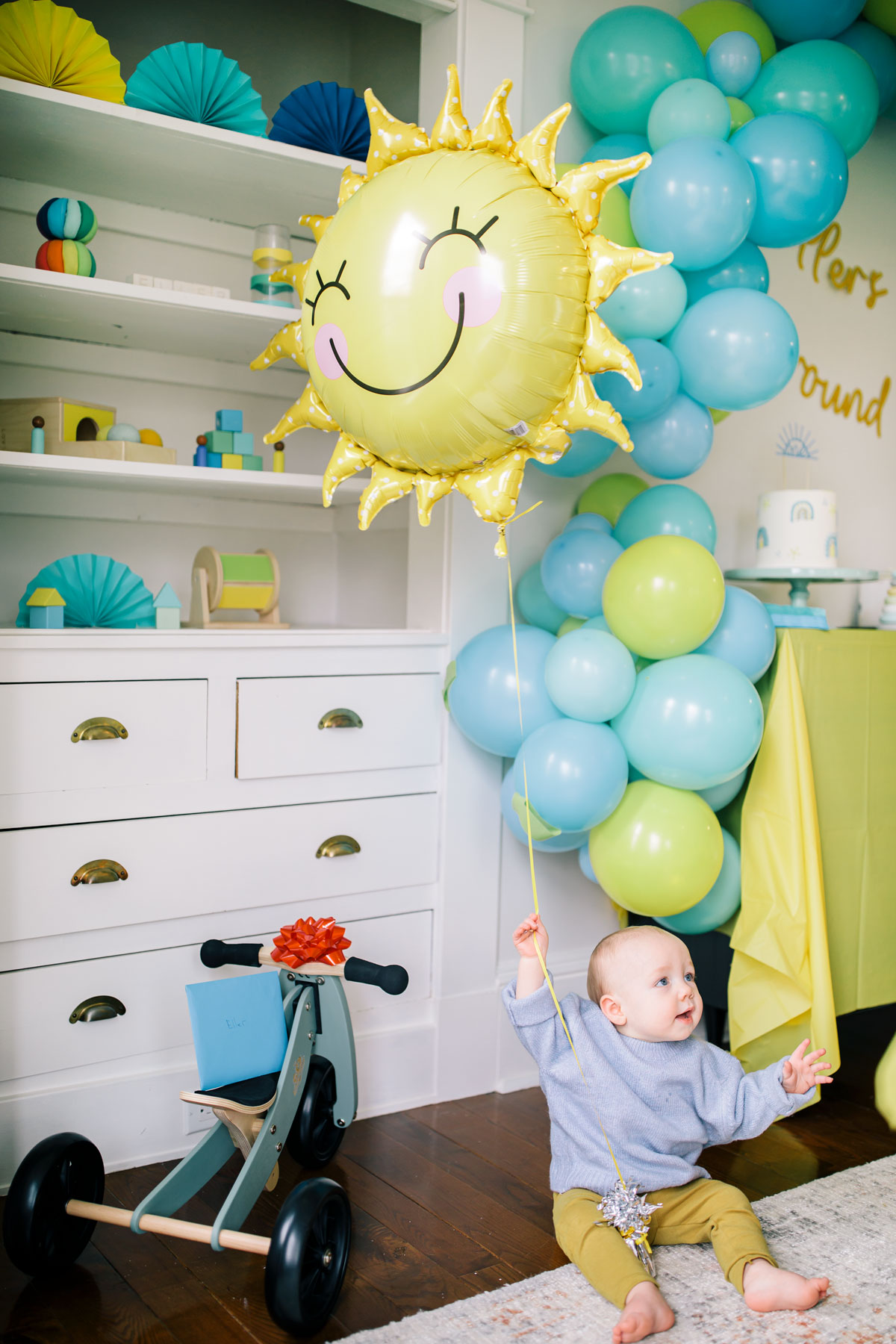