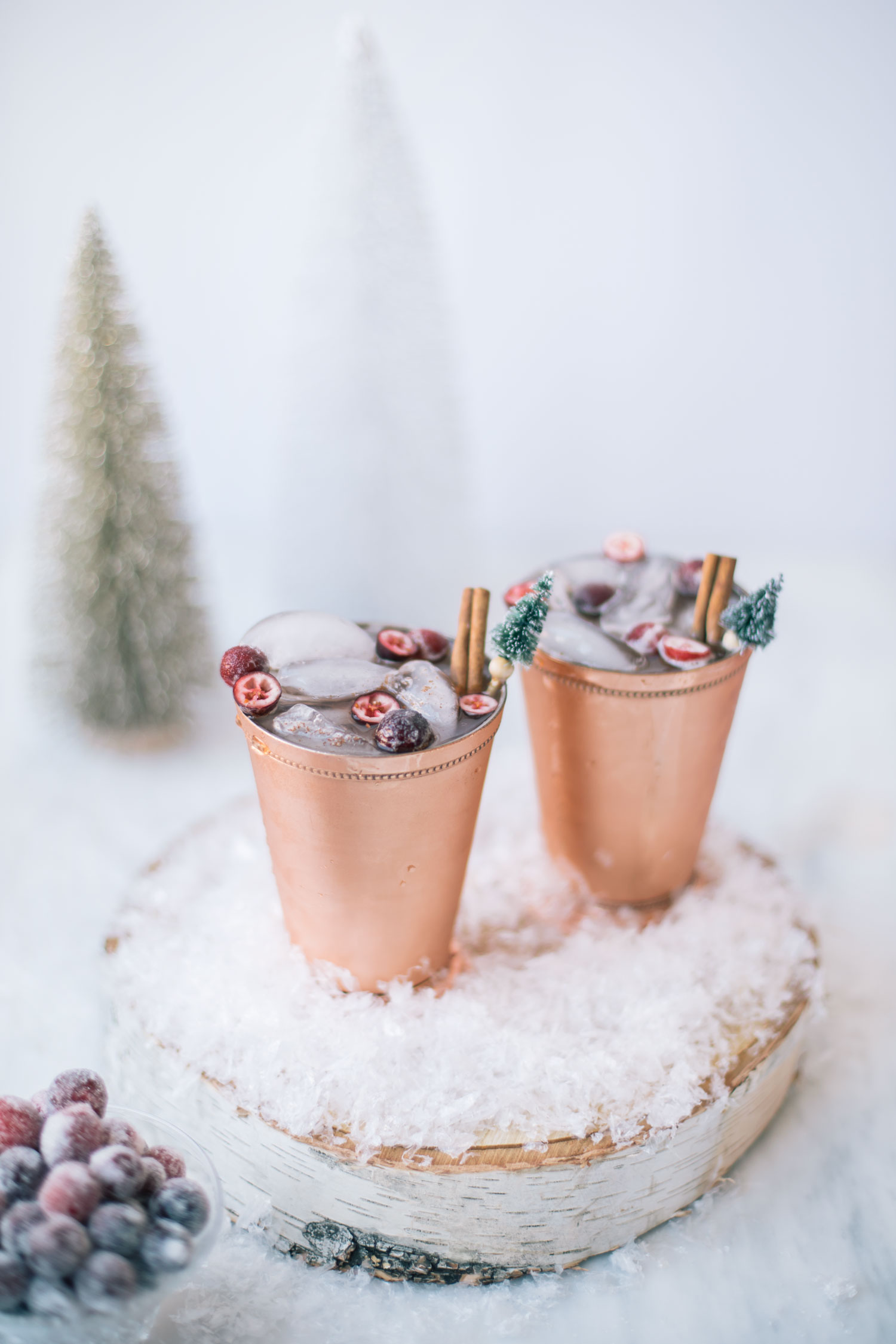 December 1st has come and past and it is now officially acceptable to sprinkle a bit of Christmas cheer wherever I go. Every year I make it a point to come up with a festive drink that is ideal for entertaining. Enter the Cranberry-Apple Cider Moscow Mule. I absolutely loved creating this cocktail because not only does it taste like Christmas in a cup thanks to the addition of my favorite tart and sweet Ocean Spray® Cranberry Cocktail, but it is also so easy to put together ahead of holiday party time. I typically mix the Ocean Spray® Cranberry Cocktail, apple cider, vodka, lime Juice and cinnamon (if you’re using mulled apple cider nix the cinnamon) into a pitcher hours before guests arrive. Before serving the cocktails, I simply fill glasses with ice, top with ginger beer and cranberries I’d cut up earlier that day. So easy, so festive and so delicious! On another note, I’m obsessed with anything served in a copper cup, especially around the holidays. I went a little less traditional using copper Mint Julep cups here but I think the Moscow Mule really shines in them, especially when topped with sugared and halved cranberries, cinnamon stick and cute drink stirrer. If you don’t have copper mugs or glasses these can absolutely be served it whatever you have, even Christmas themed paper cups would be adorable! Cheers friends! 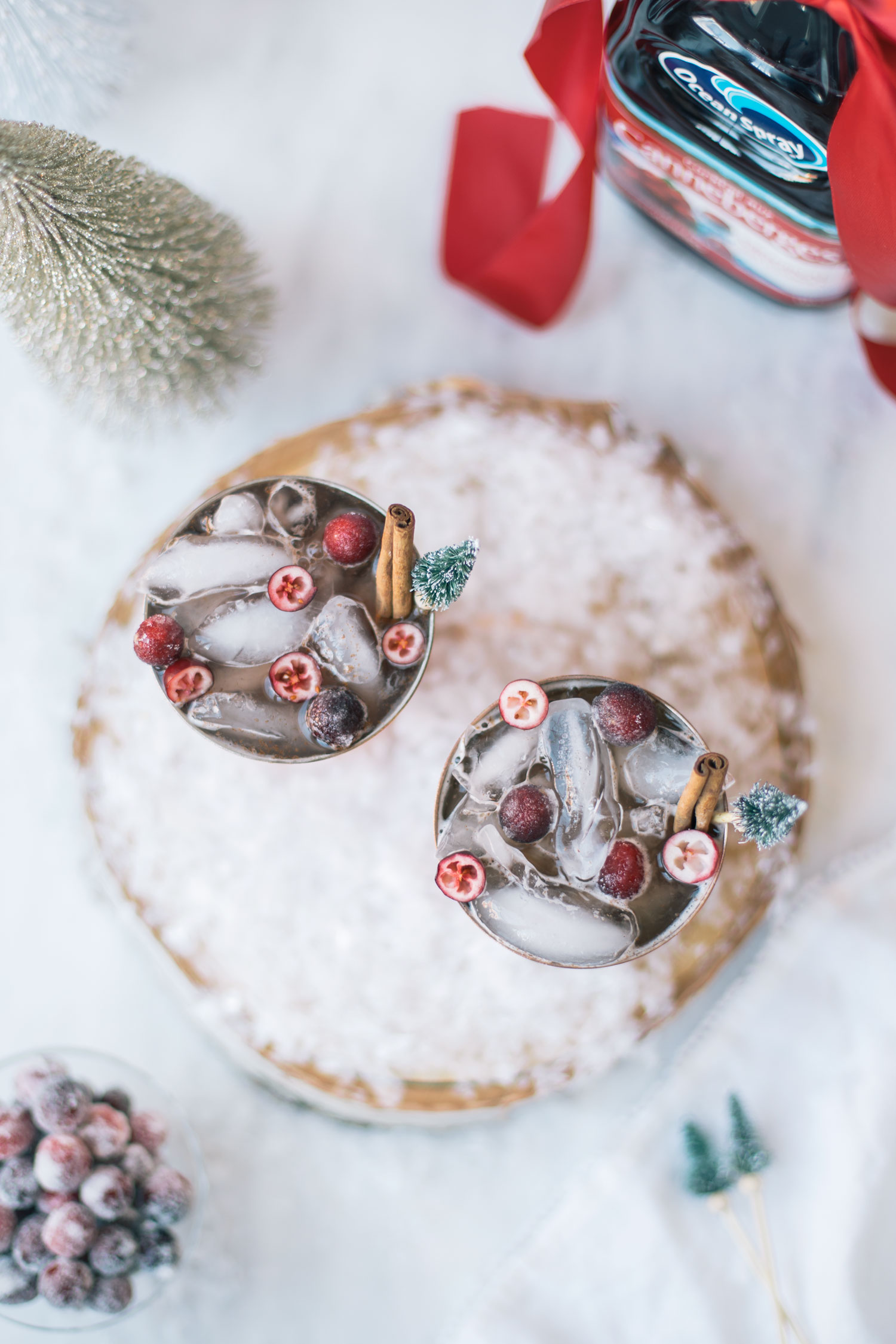 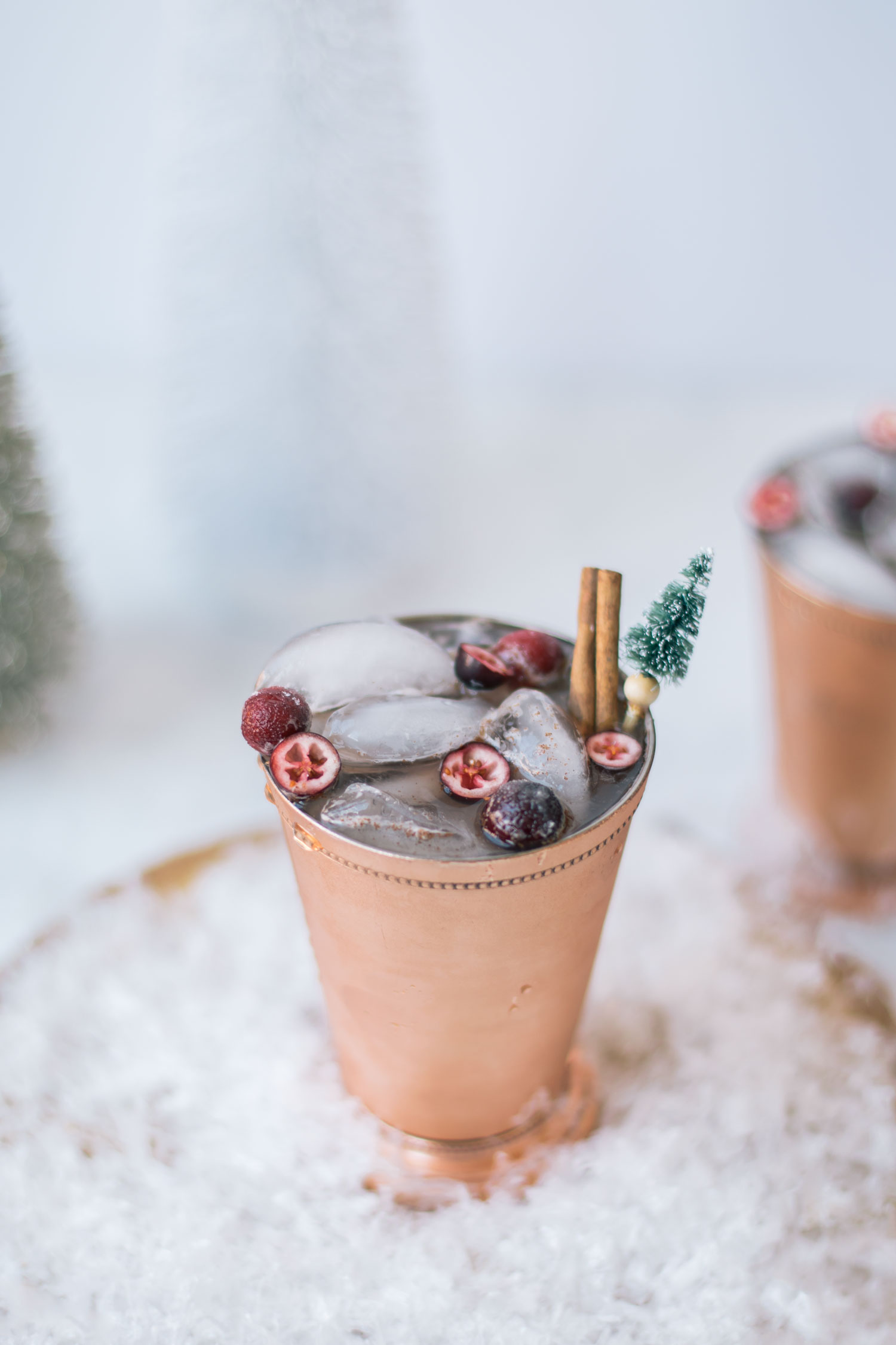 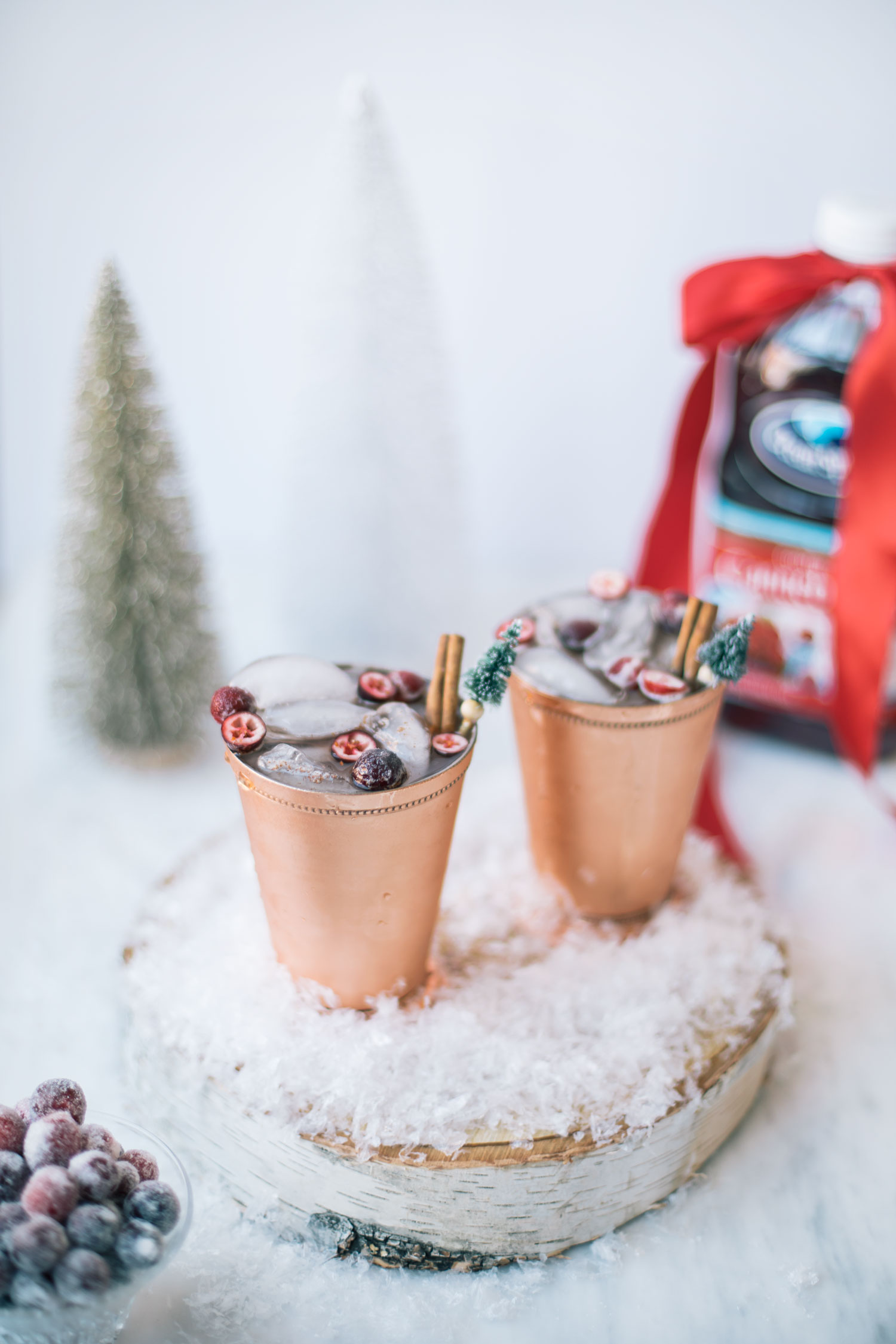 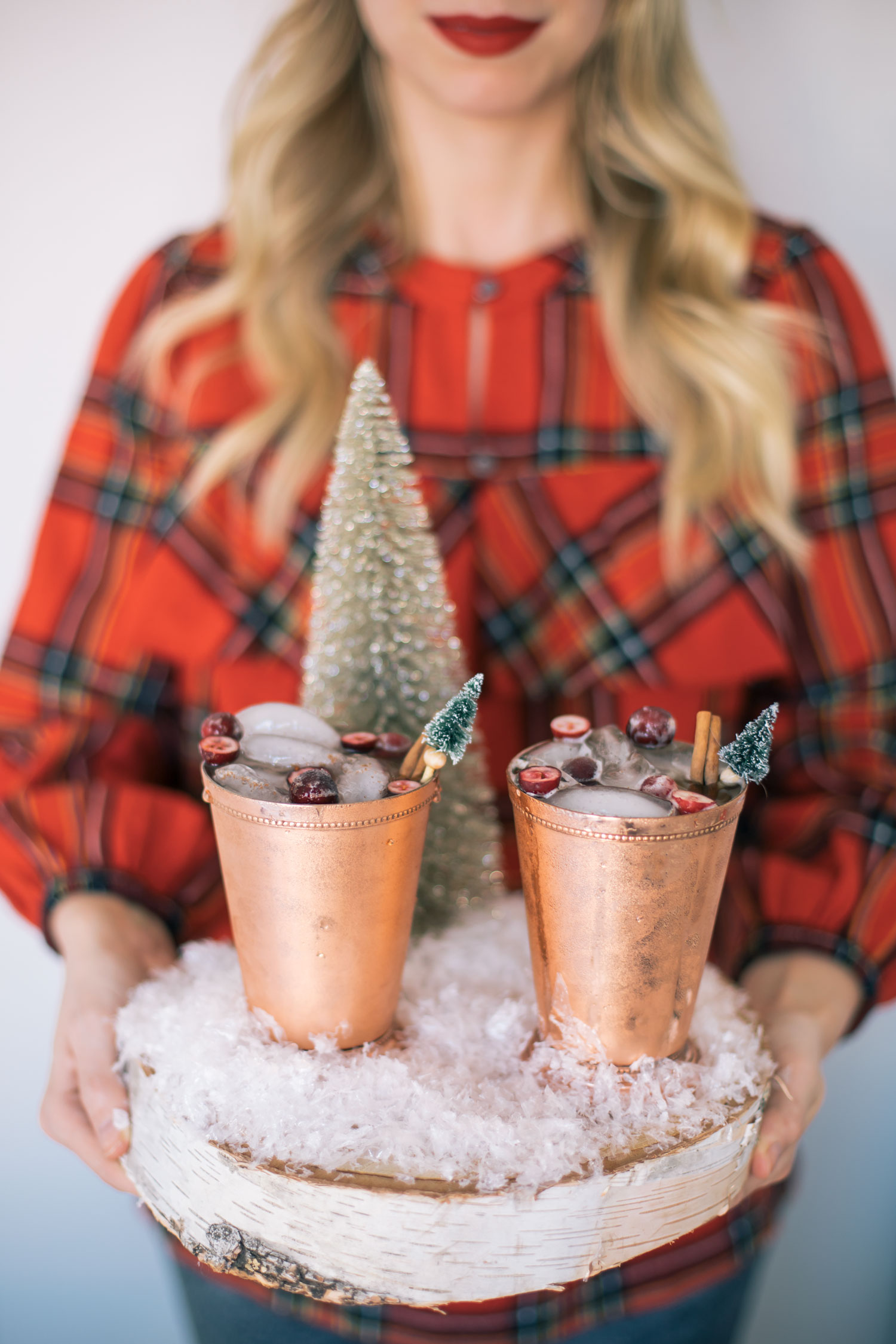 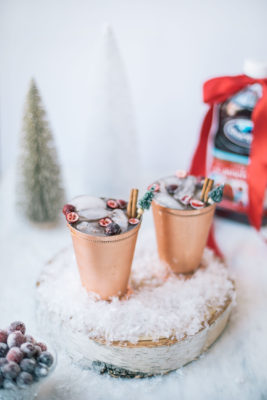 Write a review
Save Recipe
Print
Ingredients
Instructions
By Kaylee Giffin
The Blondielocks | Life + Style https://www.theblondielocks.com/
This post was proudly brought to you by Ocean Spray

Christmas 2017 Gift Guide: For The Men