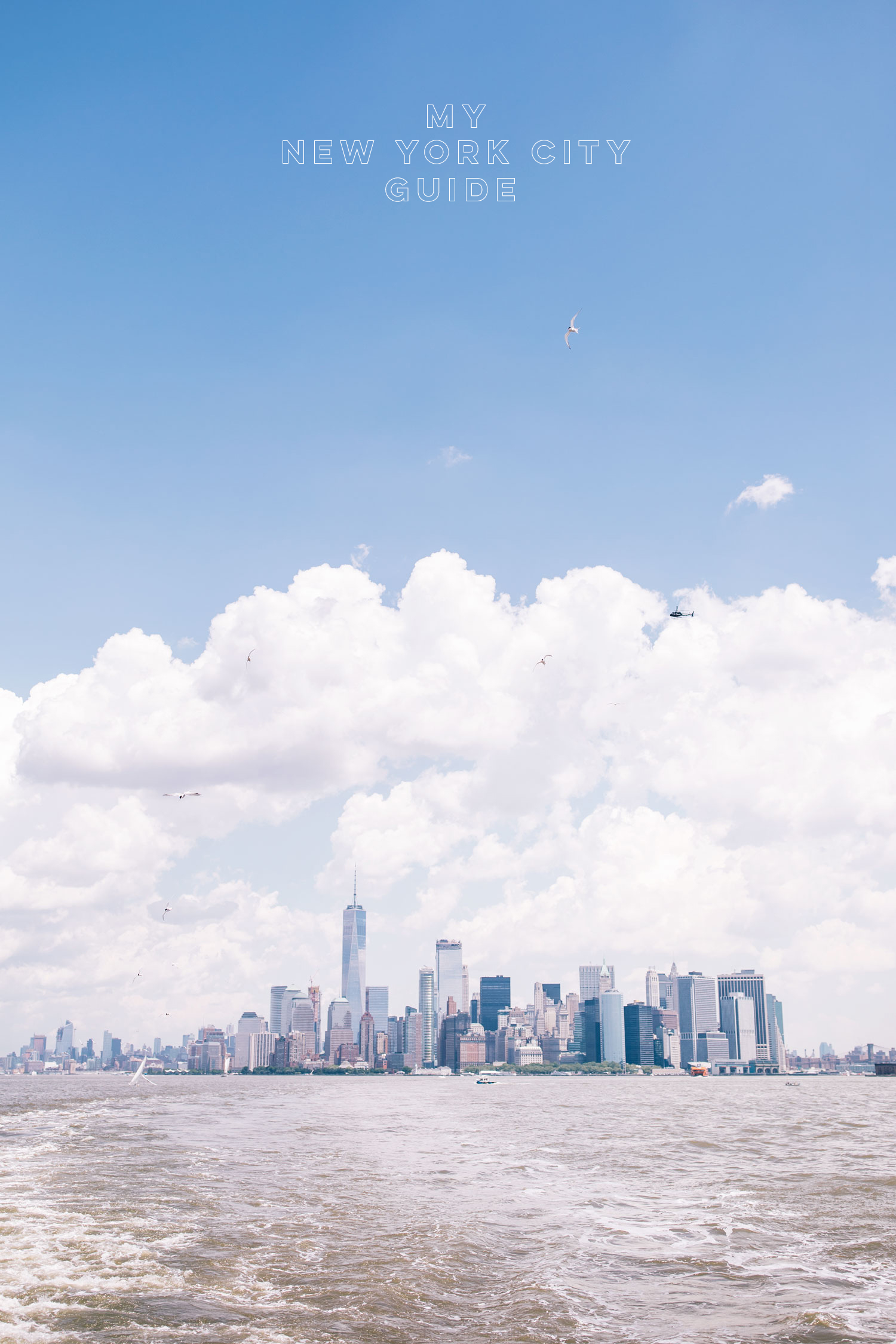 Are you sick of New York City posts yet!? Don’t worry, this is my final post from our New York trip and (hopefully) I saved the best for last. I can’t believe it’s been almost 2 weeks since we were in NYC. Looking back at these photos is #1. making me really want to go back and explore more of the city and #2. making me realize how much we did in just 4 days…which is A LOT! This post is intended to be a travel-diary-meets-guide-to-new-york-city but it will probably end up being more of a diary, as I’ve realized I am terrible at recounting days and exactly what we did on each day (note to self: next time I travel, bring journal!). I’m by no means an expert when it comes to travel or itinerary planning but I will say that the time we spent in New York was one of the best of my life and I’m so excited to share some of my photos with you today! 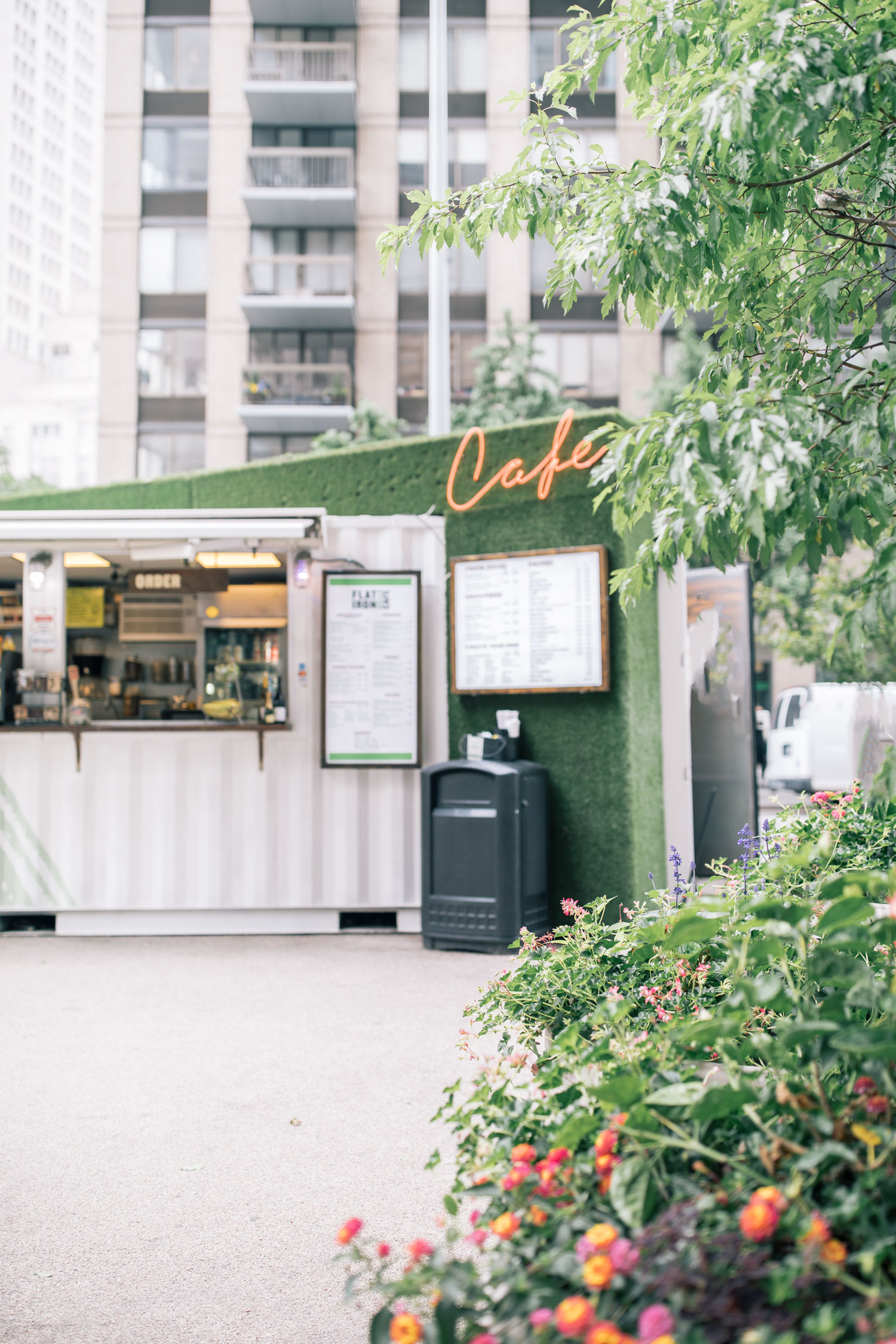 Night 1: We had planned on getting to New York earlier on Monday then we actually did as we wanted to spend as much time as possible exploring. Unfortunately, by the time we arrived, it was already late in the evening and none of us were up for much activity. We decided to explore a bit of the neighborhood we were staying in and stumbled on Emily Pizza in Brooklyn. Everyone agreed that this pizza was the best we’d ever had and we all devoured ours within minutes. Jamie and I had the colony pizza while my mom and sisters opted for the Luca and a Classic with bell peppers and mushrooms. There is also an Emily in West Village so if you’re closer to that area next time you’re in NYC, definitely check it out!

Day 1: Our first day in New York was intended to be our exploring day and oh my goodness was it! We drove into Manhattan around 9 am and found parking by Strand Bookstore, a massive bookstore that my sister, Lorie desperately wanted to visit. I also ended up loving the bookstore and found some really cute and unique stationary and cards to take home with me. After Strand, we made a game plan to make our way up to Times Square which was something that we all agreed we should see. As we were walking, we saw so many other sights and landmarks. We passed the Flatiron (below) and The Empire State Building, and so much more I can’t even remember on our way up to Times Square. Once we made it, we stopped for a little chocolate break at the Hershey’s store (naturally). After Times Square, we decided to keep on walking which led us up to Rockafeller Plaza. I found Rockafeller Plaza to be much cooler than Times Square and I would absolutely love to go back there during the holidays. After Rockafeller, I purchased a banana pudding (highly recommend) from Magnolia Bakery and we kept on walking. 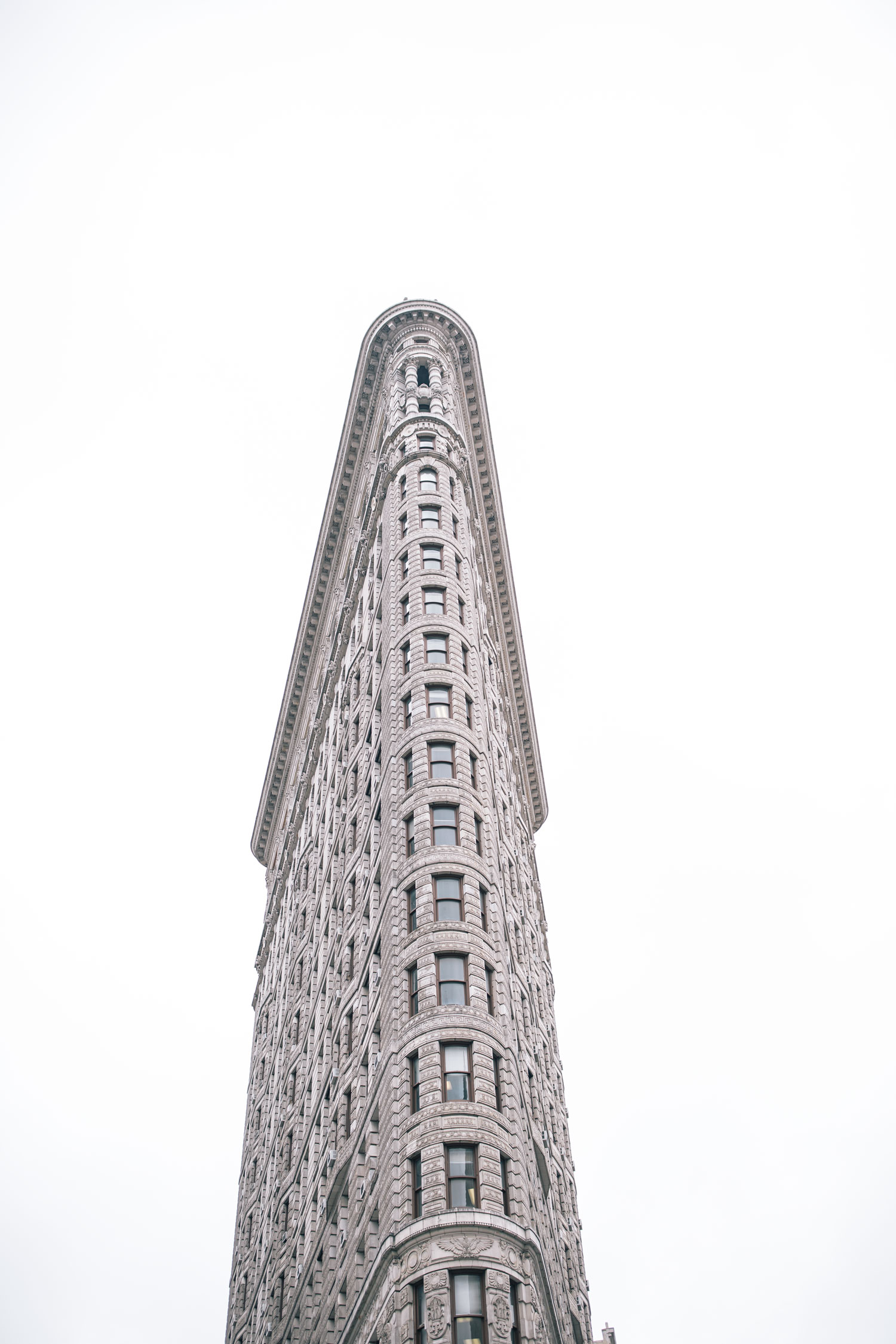 {The Flatiron on a gloomy New York day.} 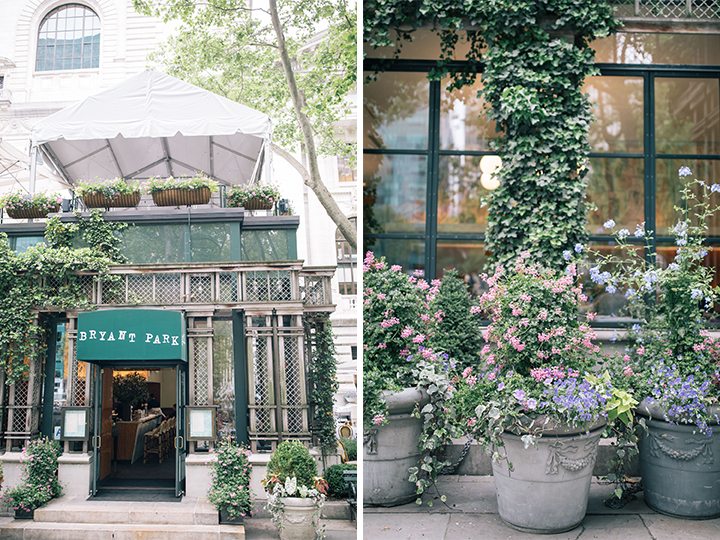 We made our way up to the New York Public Library which I decided not to go in but now wish I had. My sisters did, however, make their way inside and from the photos they showed me it was beautiful. Jamie, my mom, and I stayed outside and sat at one of the tables (did I mention there is courtesy seating EVERYWHERE in New York?) and enjoyed a few bites of my banana pudding. After my sisters came back we walked around the library and into Bryant Park which was so beautiful. 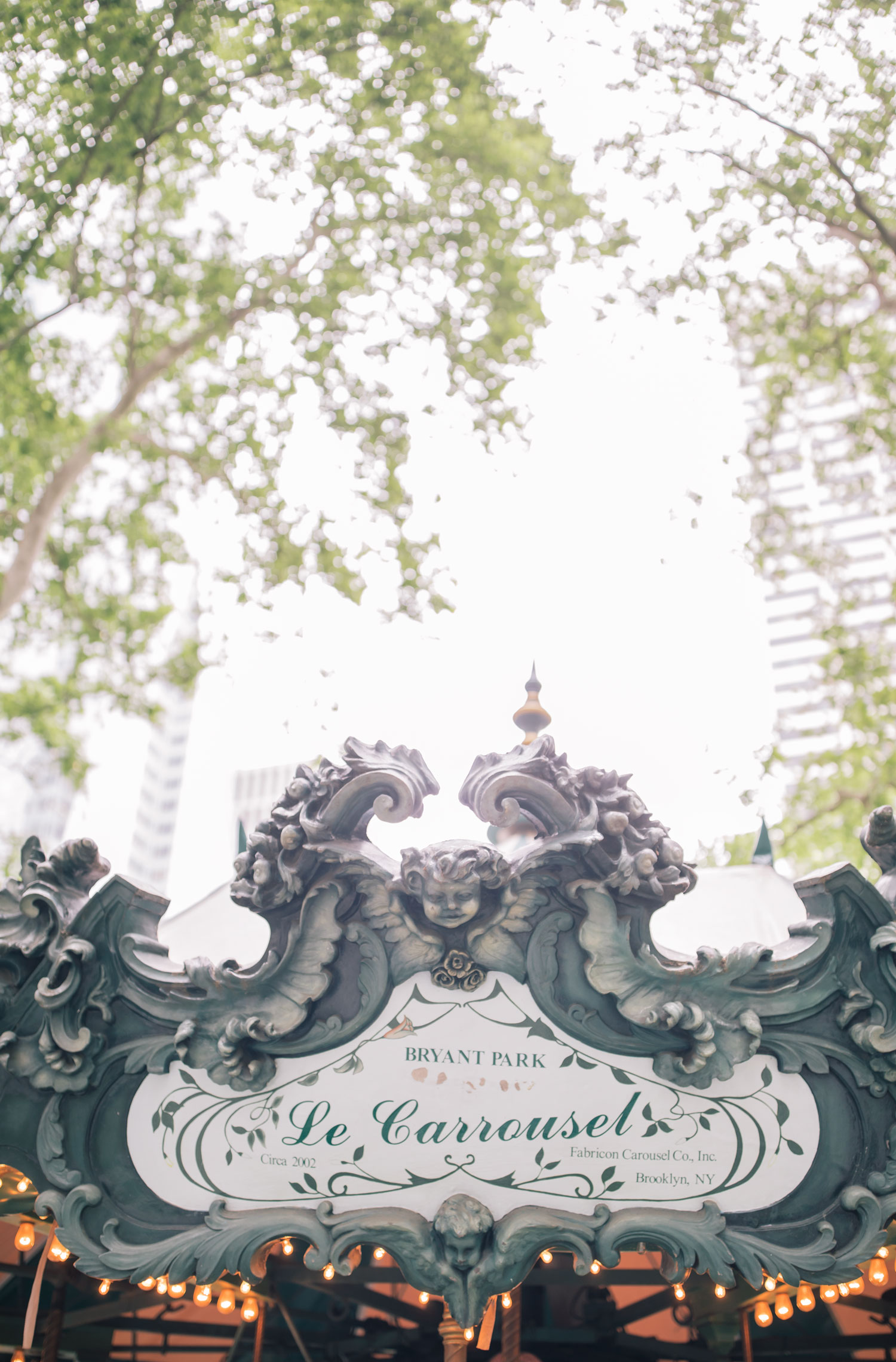 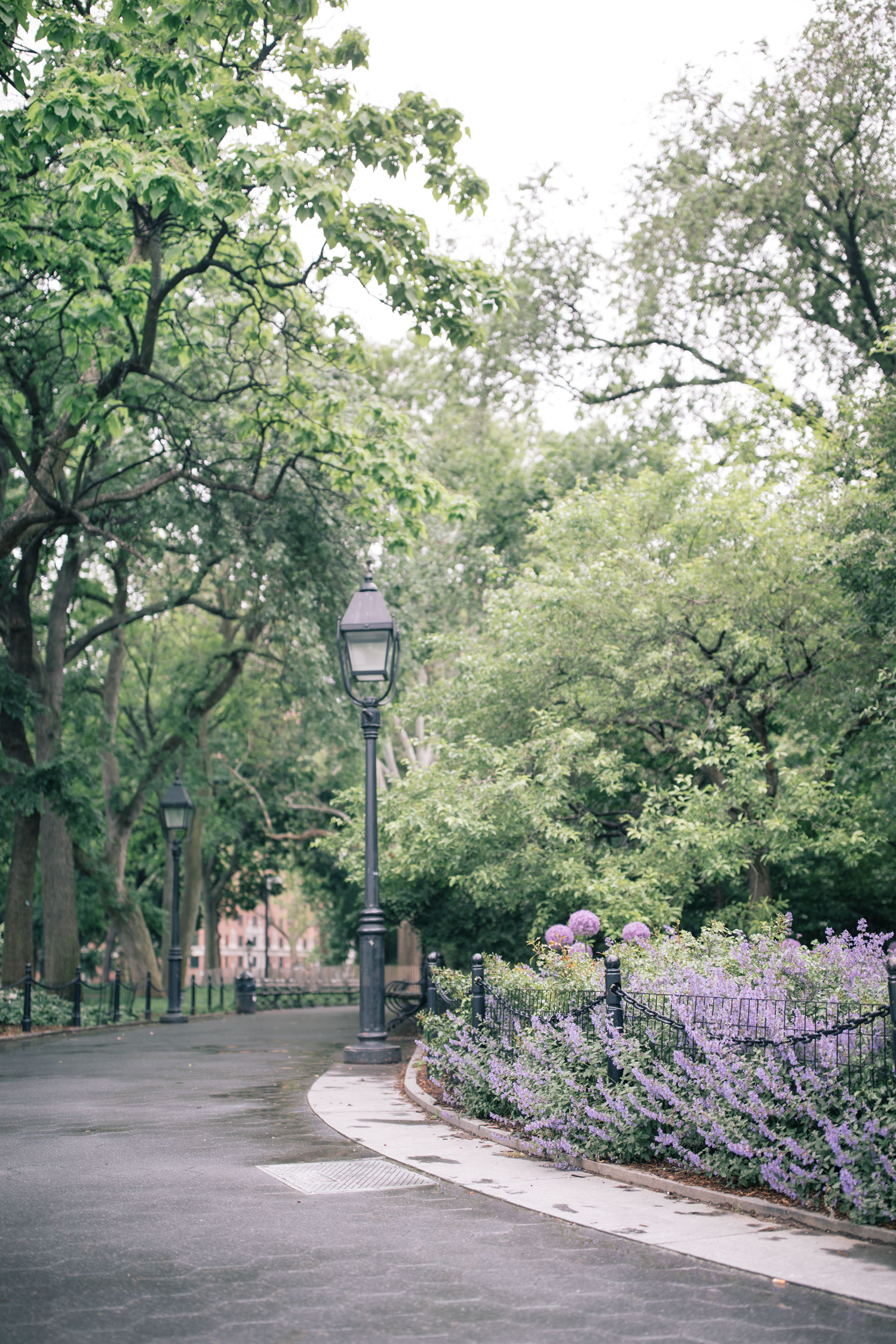 I just realized at this point we must have been crazy to keep on going but on our first day, we literally didn’t stop. From Bryant Park, we walked down to B&H Photo which is where my sister, Raelene gets her film developed. By the time we arrived, B&H was just getting ready to close so we were in and out pretty quickly. After B&H, it started to rain so our next destination was The Chelsea Market. I’d been to the Chelsea Market when I was in New York a few months ago with Old Navy so I knew that it would be worth showing my family. It was absolutely packed inside because of the rain but we managed to grab a few stools at Amy’s Bread and enjoyed some seriously good coffee and pastries (I had an iced dirty chai which I swear was the best one I’ve ever had). We checked out the rest of the Chelsea Market and then hopped back in the car to make our way to our last destination for dinner. 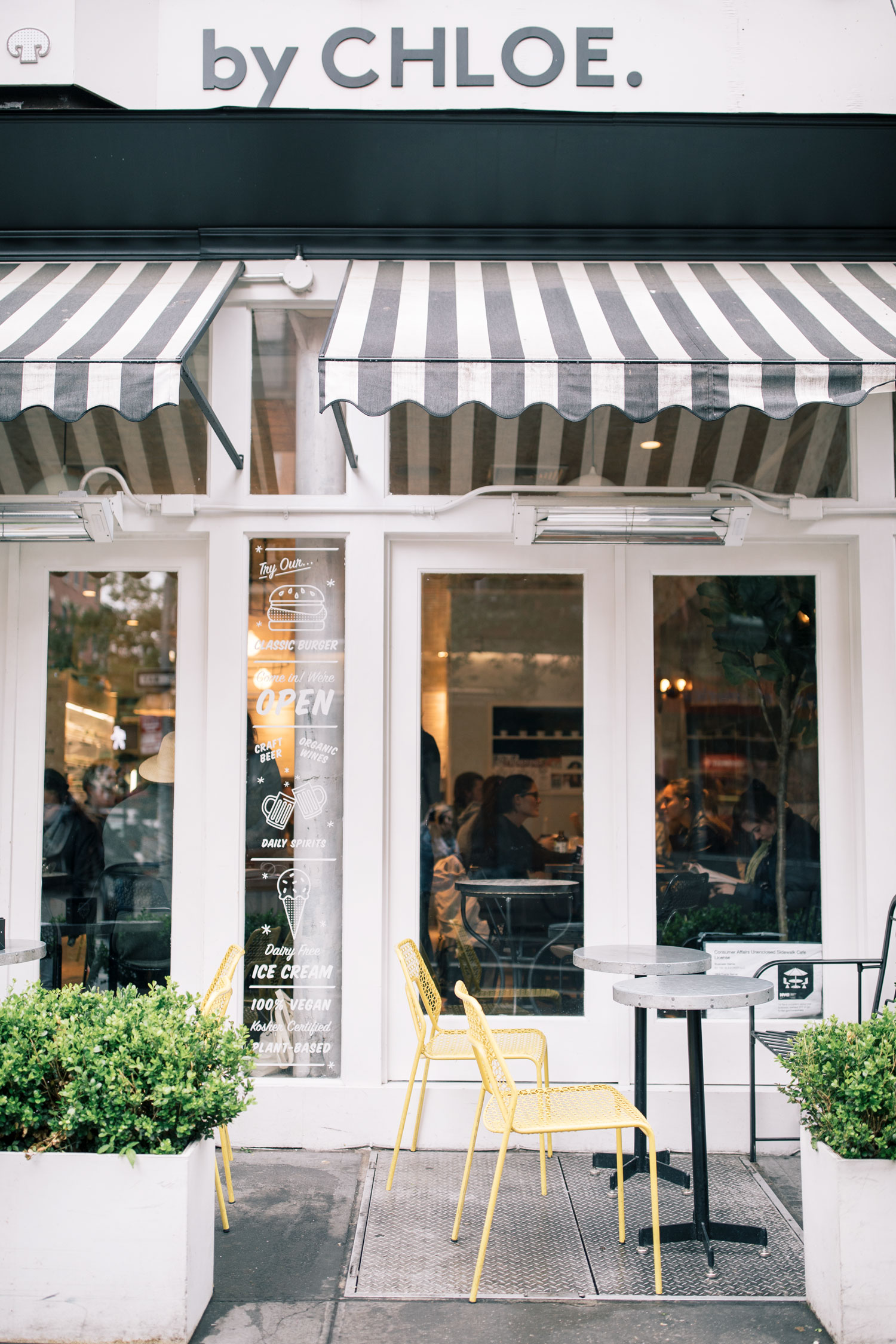 For dinner that night we wanted something healthy and not too expensive so we opted for the West Village By Chloe. By the time we arrived we were still a bit full from Amy’s Bread, so we decided to walk around the neighborhood until we became hungry. We managed to walk all the way to Washington Square Park (pictured above) and back. By Chloe. was absolutely delicious, together we tried the avocado pesto pasta, kale Caesar, avocado toast, whiskey BBQ burger and the guac burger and it was all SO good, but the kale Caesar was definitely everyone’s fave. 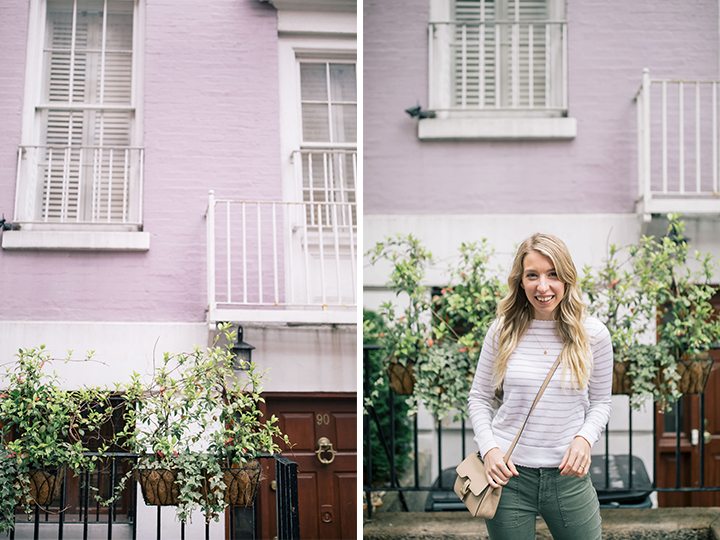 {A fun pink wall down the street from By Chloe.} 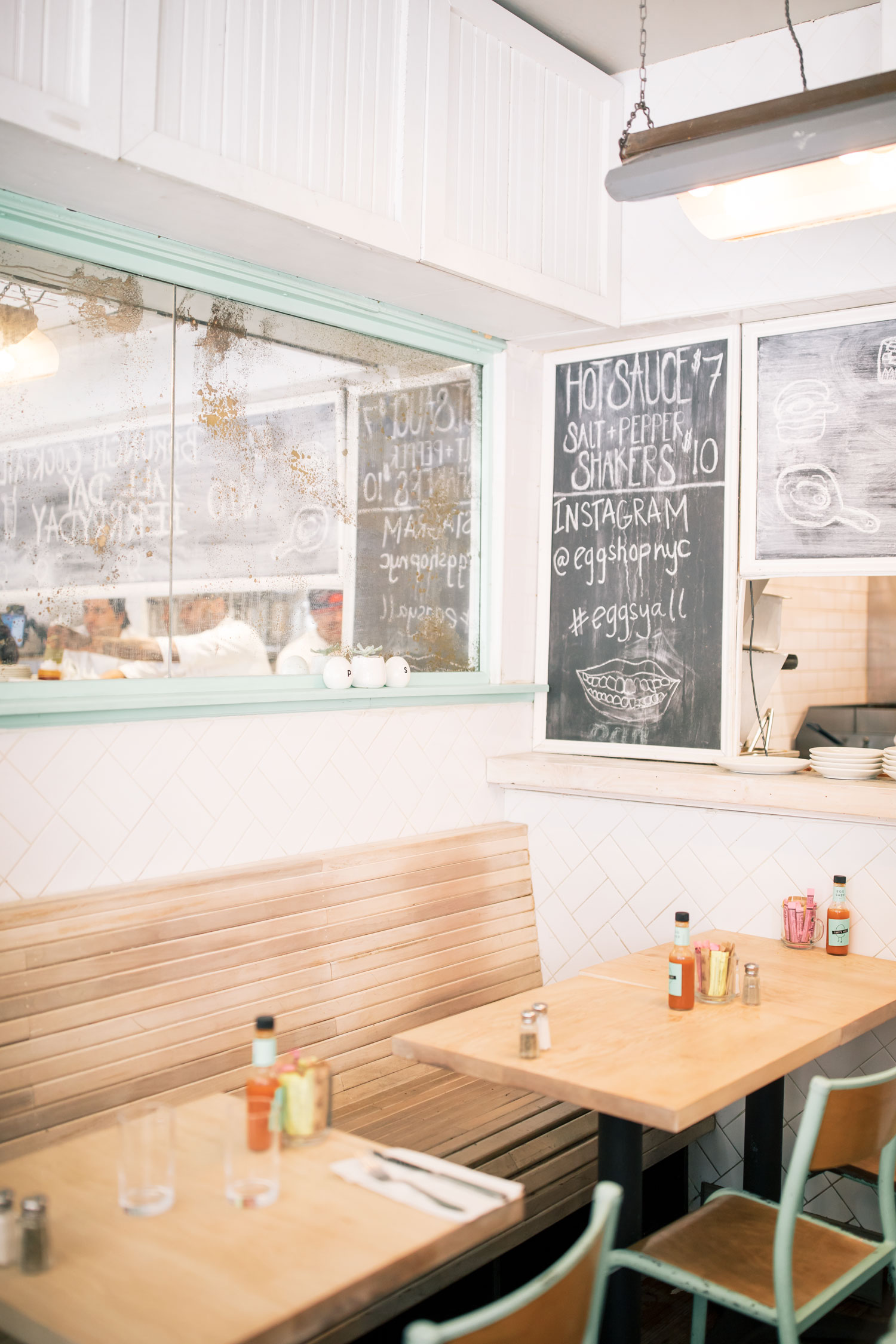 Day 2: Finally, onto day 2! On Wednesday we slept in a bit later than we had on Tuesday. We ended up leaving around 10 am to get to breakfast at Egg Shop for 10:45. Egg Shop was the cutest little breakfast spot on Elizabeth Street which my sister recommended after seeing it on Instagram (obviously). I currently can’t get on their website to let you know everything we had from the menu but I’ll just say that all of us were overly satisfied with our orders. This place is a must-go for breakfast or brunch! 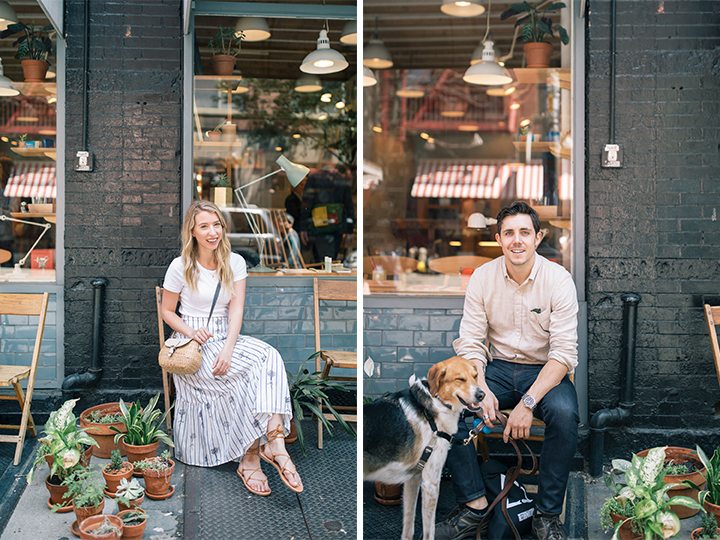 After breakfast, we explored the neighborhood we were in and then made our way to Little Italy to pick up some cannolis for the picnic we were having later that day. After Little Italy, we walked towards Soho and I stopped into Reformation to buy a dress and a bag (whoops). We made our way to Soho and spent about an hour walking around checking out all of the stores and sights. There is seriously something around every corner in NYC and we could not possibly have seen it all if we tried! 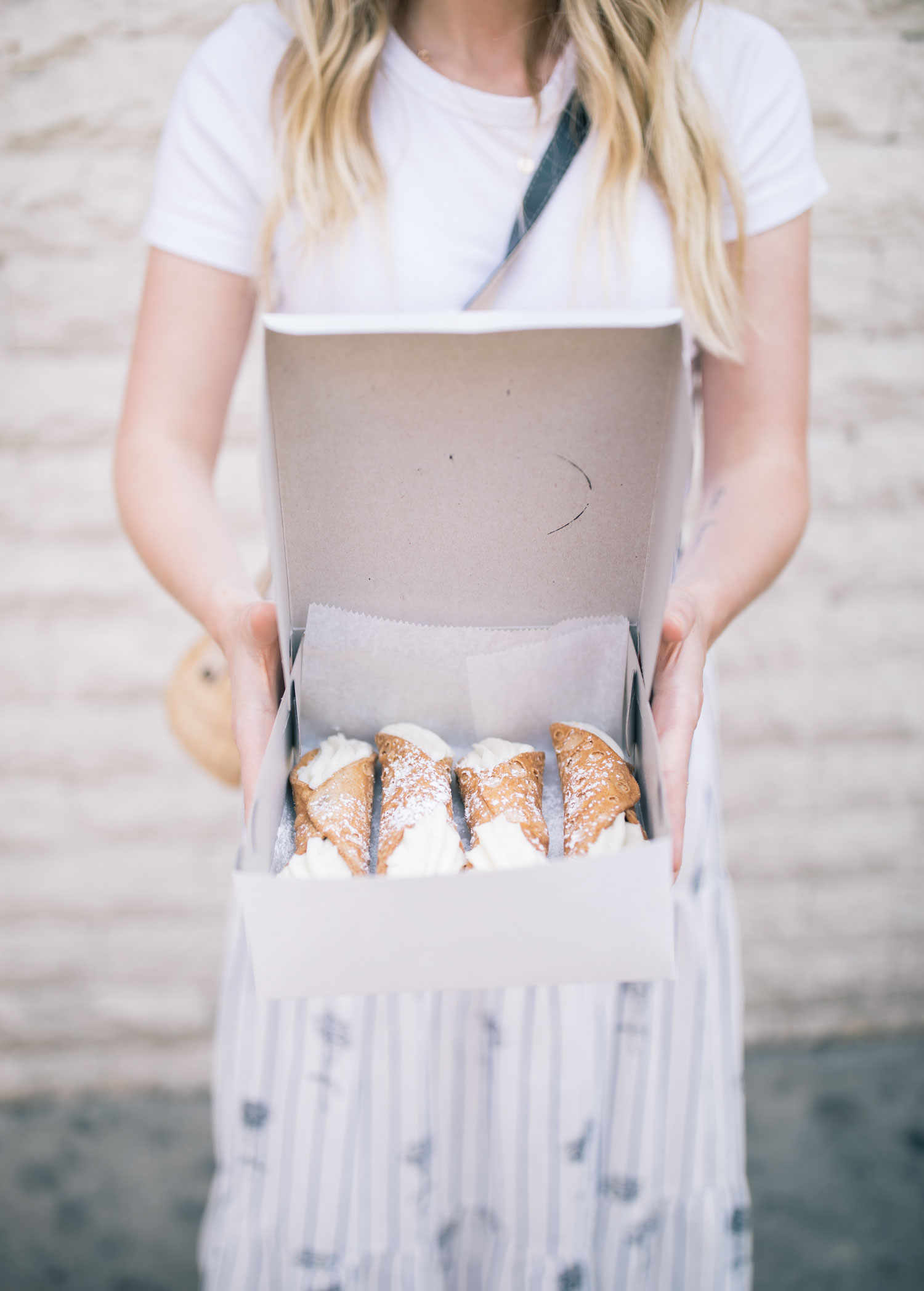 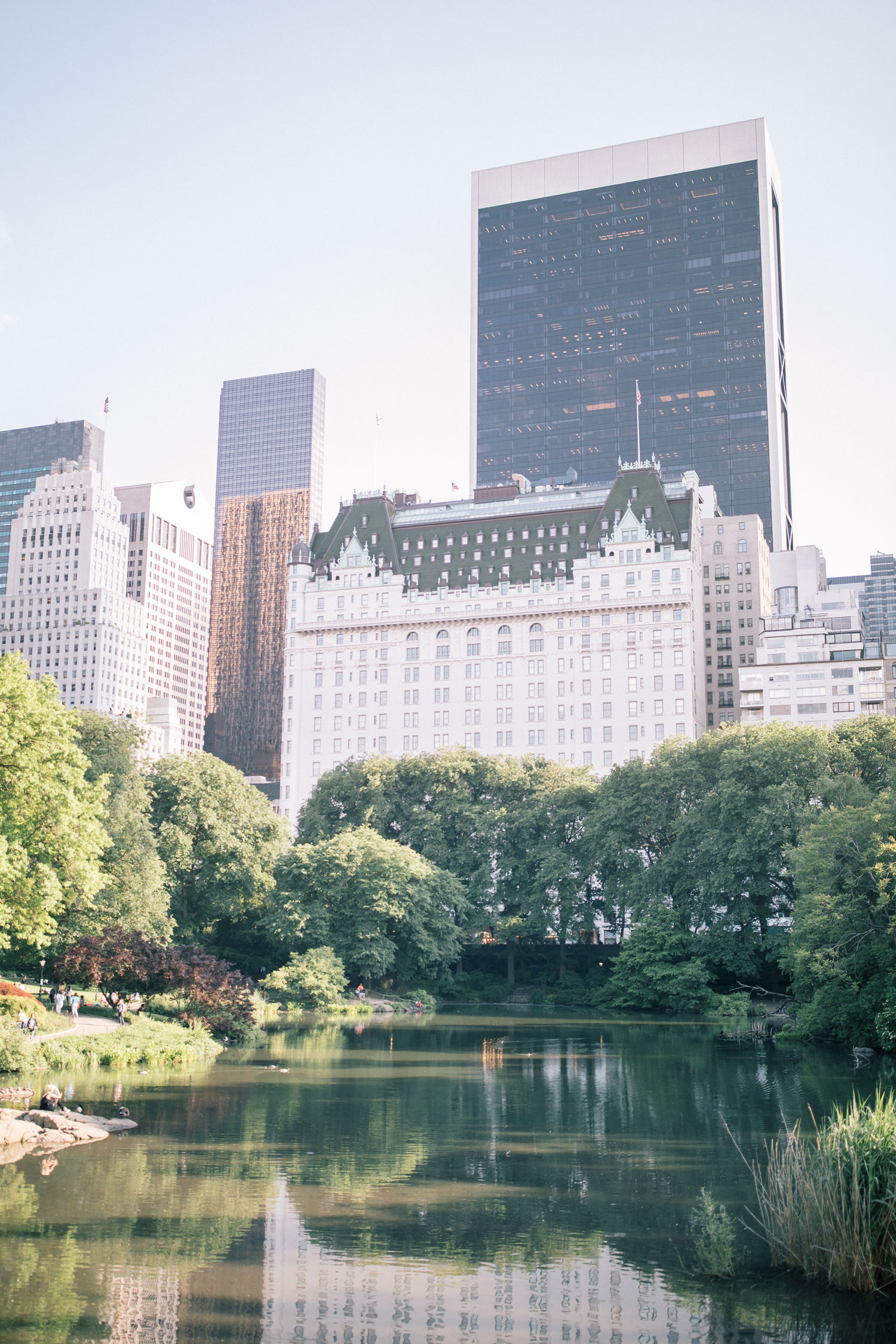 After our Soho trip, we made our way back to the car and Jamie and I dropped my mom and sisters off at the MOMA for a couple of hours. Jamie and I figured that it’d be best to find parking before our picnic so that we weren’t rushing around by the time we wanted to eat. From what my sisters and mom said, the MOMA is a must see. Jamie and I found parking and walked around, exploring Park Avenue…this is where I ran into The Man Repeller which was the epitome of a NY moment. 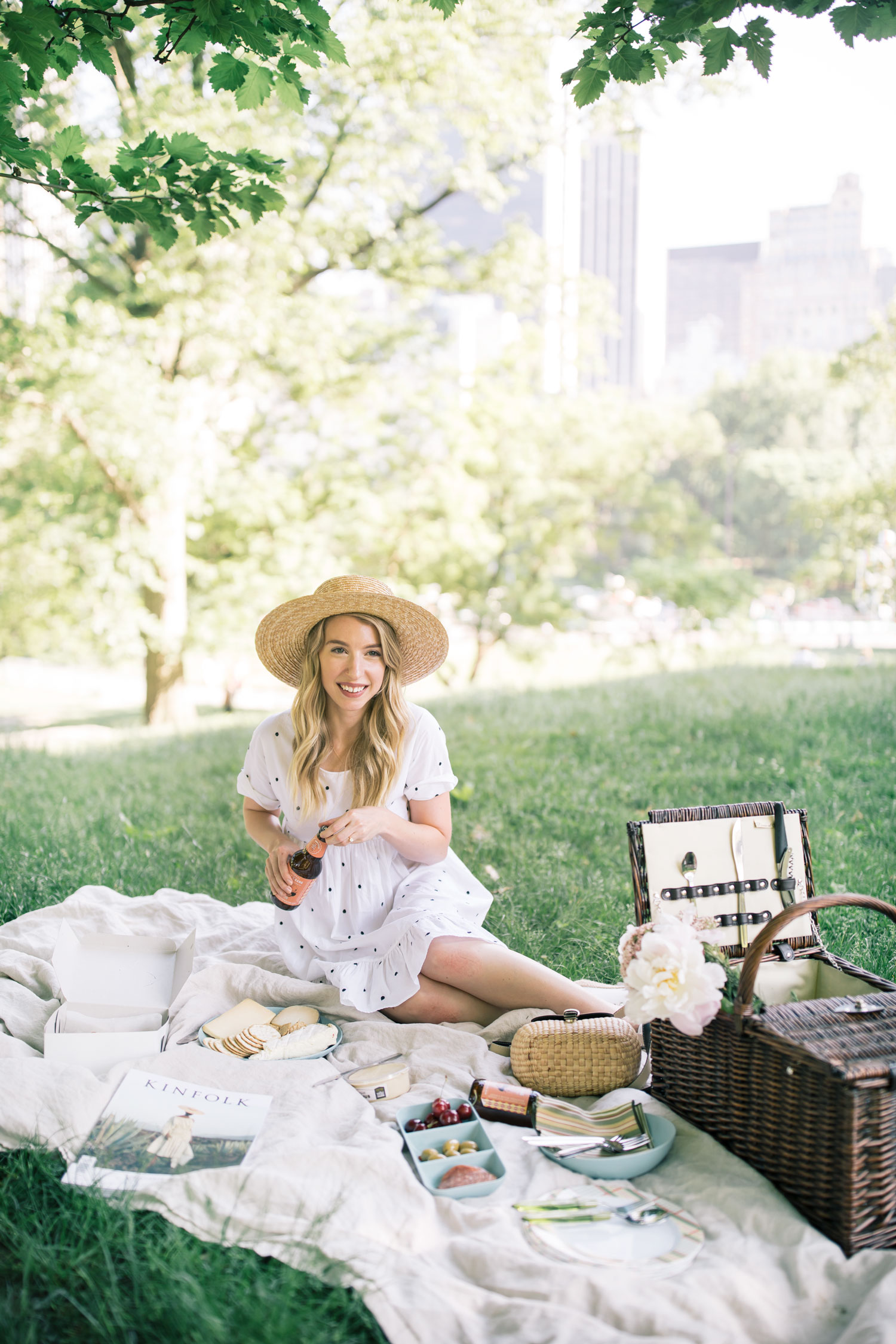 Once my mom and my sisters were finished at the Moma we all met up and walked into Central Park to have our picnic. You can read all about it here. 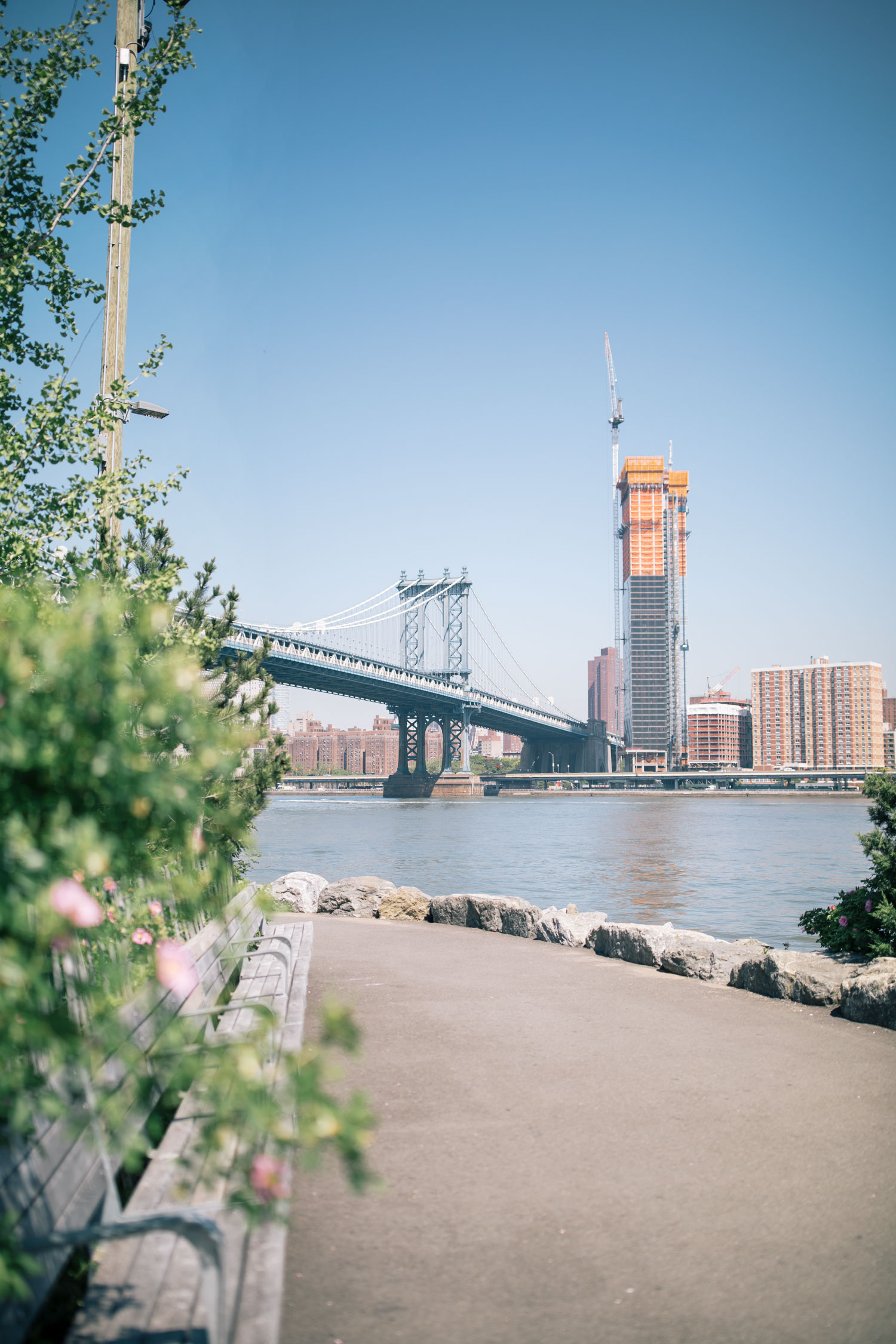 Day 3: On Thursday morning we drove from our Air BnB in Brooklyn down to grab coffee at Brooklyn Roasting Company. Once we had our coffees, we walked along Brooklyn Bridge Park until we were finished. We got back in the car and drove up to where the Staten Island Ferry takes off. 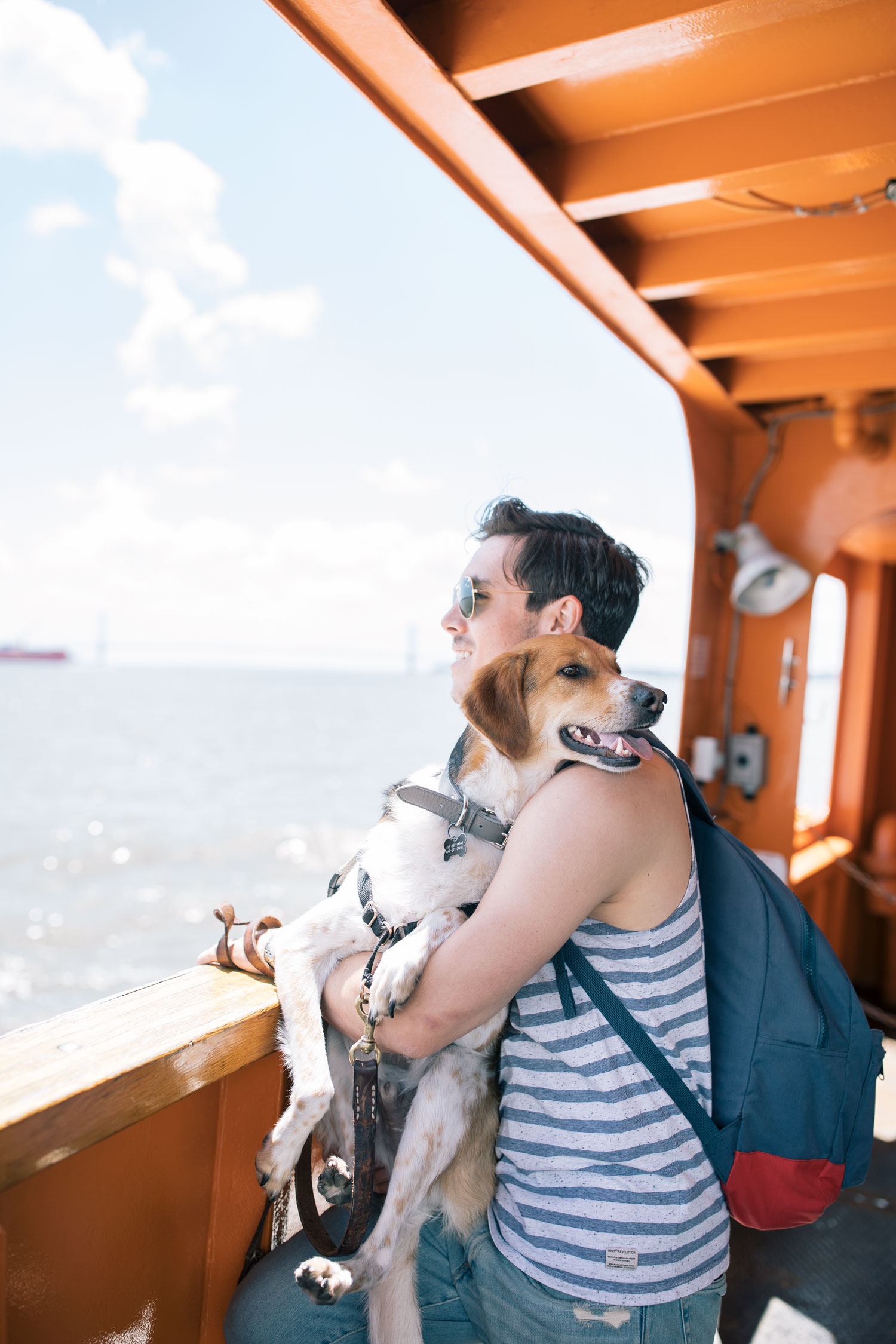 My sisters had the idea to hop on the Staten Island Ferry as they said was free and that you get a great view of the skyline and the Statue Of Liberty (they were right!). Just a heads up, we had no problem taking Milo on the way from Manhatten to Staten Island but on the way back taking a dog on the ferry was a big no-no. Luckily, they let us on with a warning but if you’re taking your pup to NY, best to keep them at home if you decide to do the ferry. 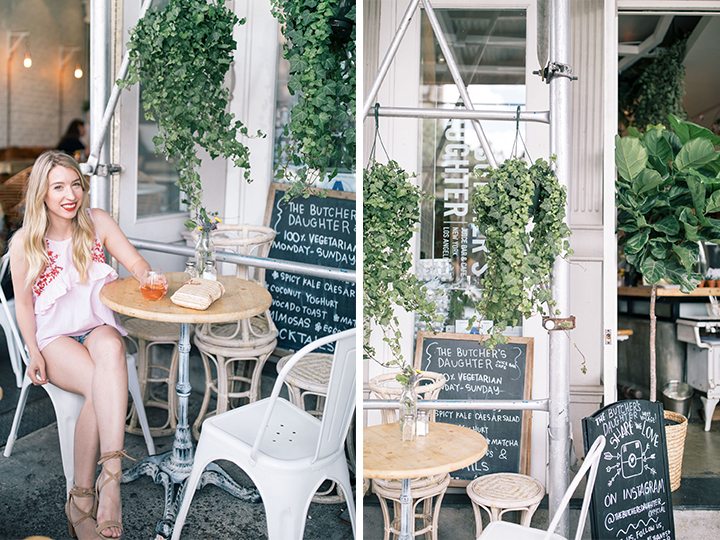 After the ferry, we did some more walking until our meter ran out. We walked up through Wall-Street and to ground zero which was an experience I will never forget. I had chills the entire time I was there and I feel very blessed to have been able to pay my respects.

We got back in the car and drove to The Butcher’s Daughter (read all about it here) for lunch before heading up to The Highline for a late afternoon walk. The Highline is an old railroad line that has been turned into a park of sorts. It stretches from the Chelsea Market area onwards and I highly recommend it if you’re looking to have a beautiful walking experience. Unfortunately, we were only on the Highline for about 30 minutes before we got kicked off for having a dog…oh well! 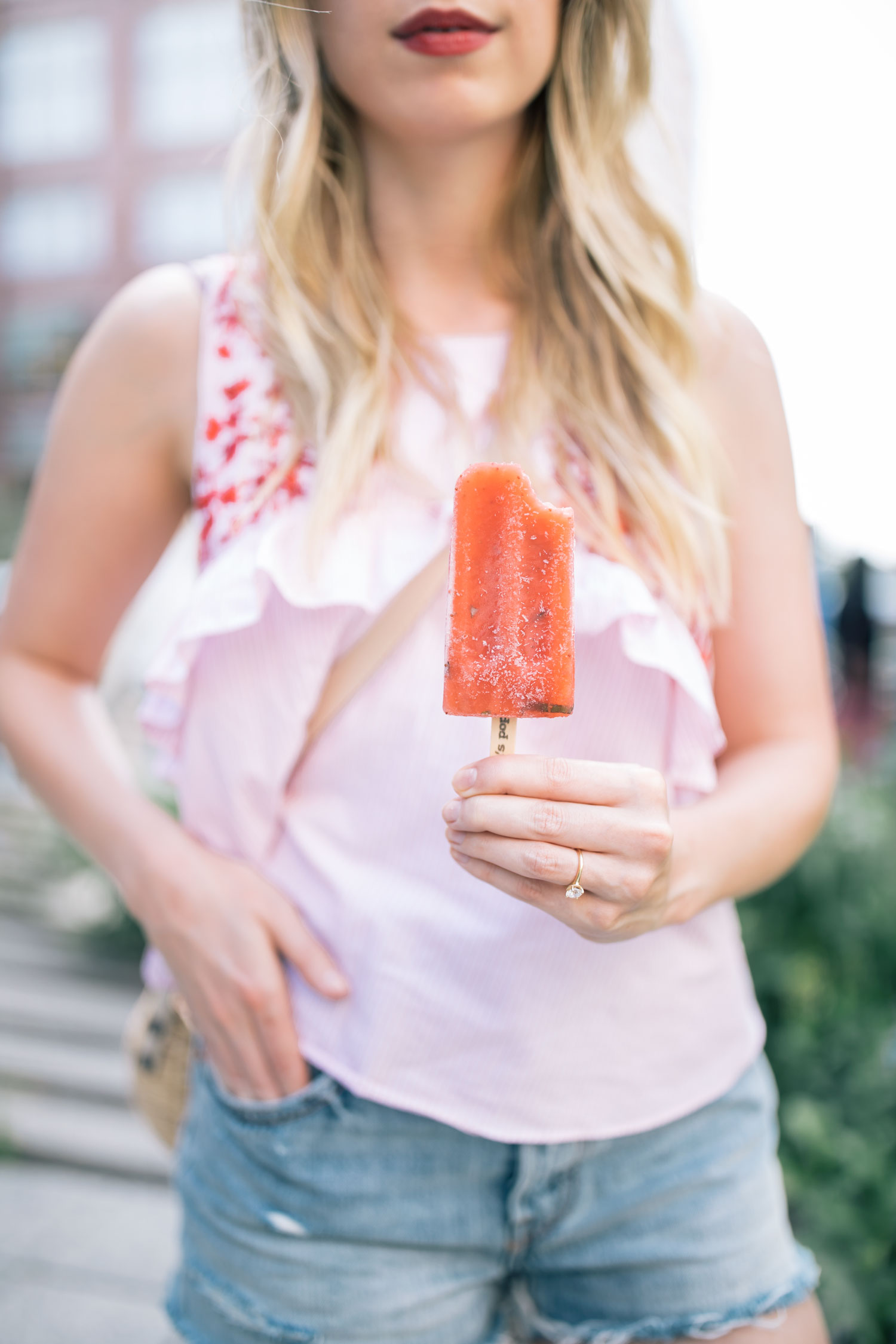 {Strawberry-basil popsicle on The Highline.} 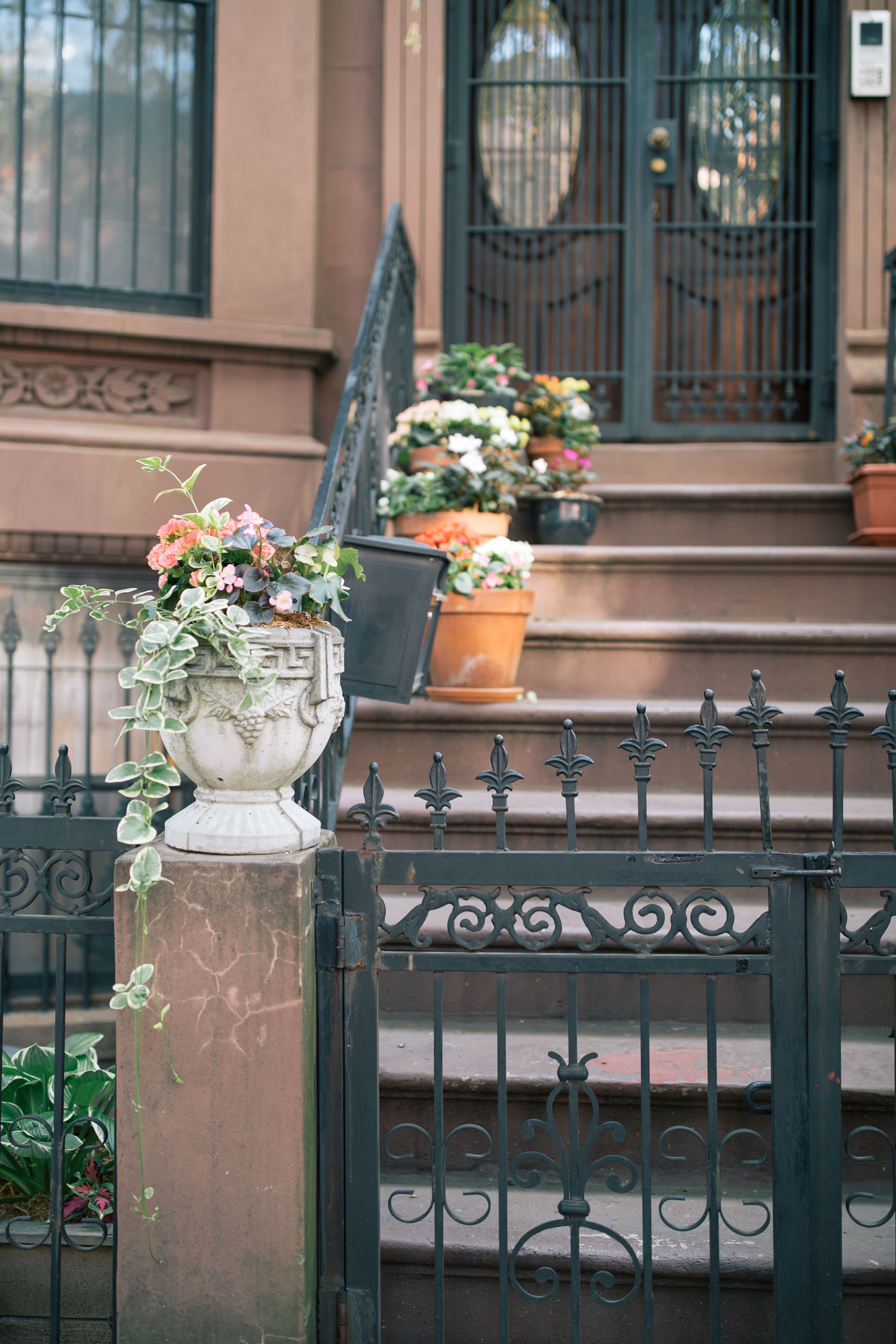 {So many flower lined brownstones.} 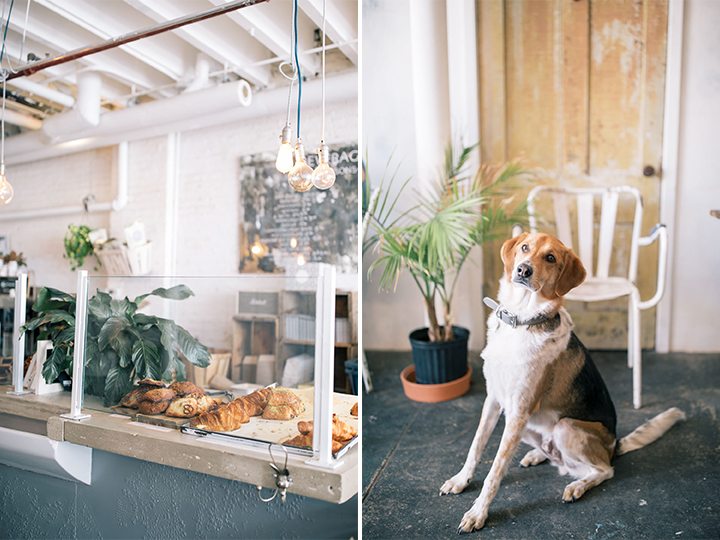 Day 4: On our last day we began our morning at Maman in Greenpoint which was one of the #1 things I wanted to do during our trip. You can read all about my experience at Maman here. Dogs were also allowed…yay!! 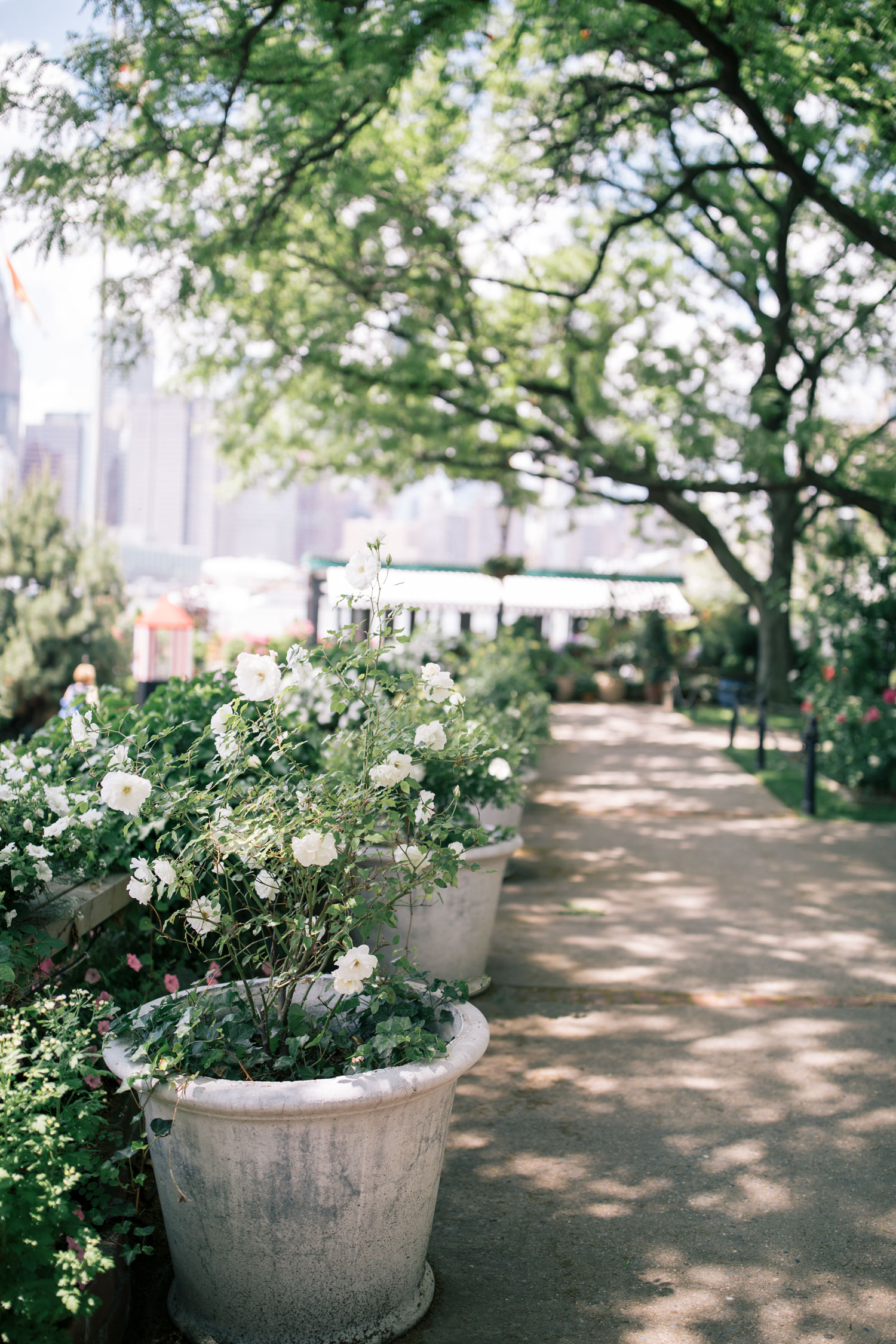 After Maman, we drove into DUMBO to enjoy our final afternoon. We walked up to the carousel, explored West Elm’s flagship store and then stopped for a quick lunch. I grabbed a lobster roll from Luke’s which was the best lobster roll I’d ever had and the rest of my family opted for Shake Shack which was also pretty dang good. 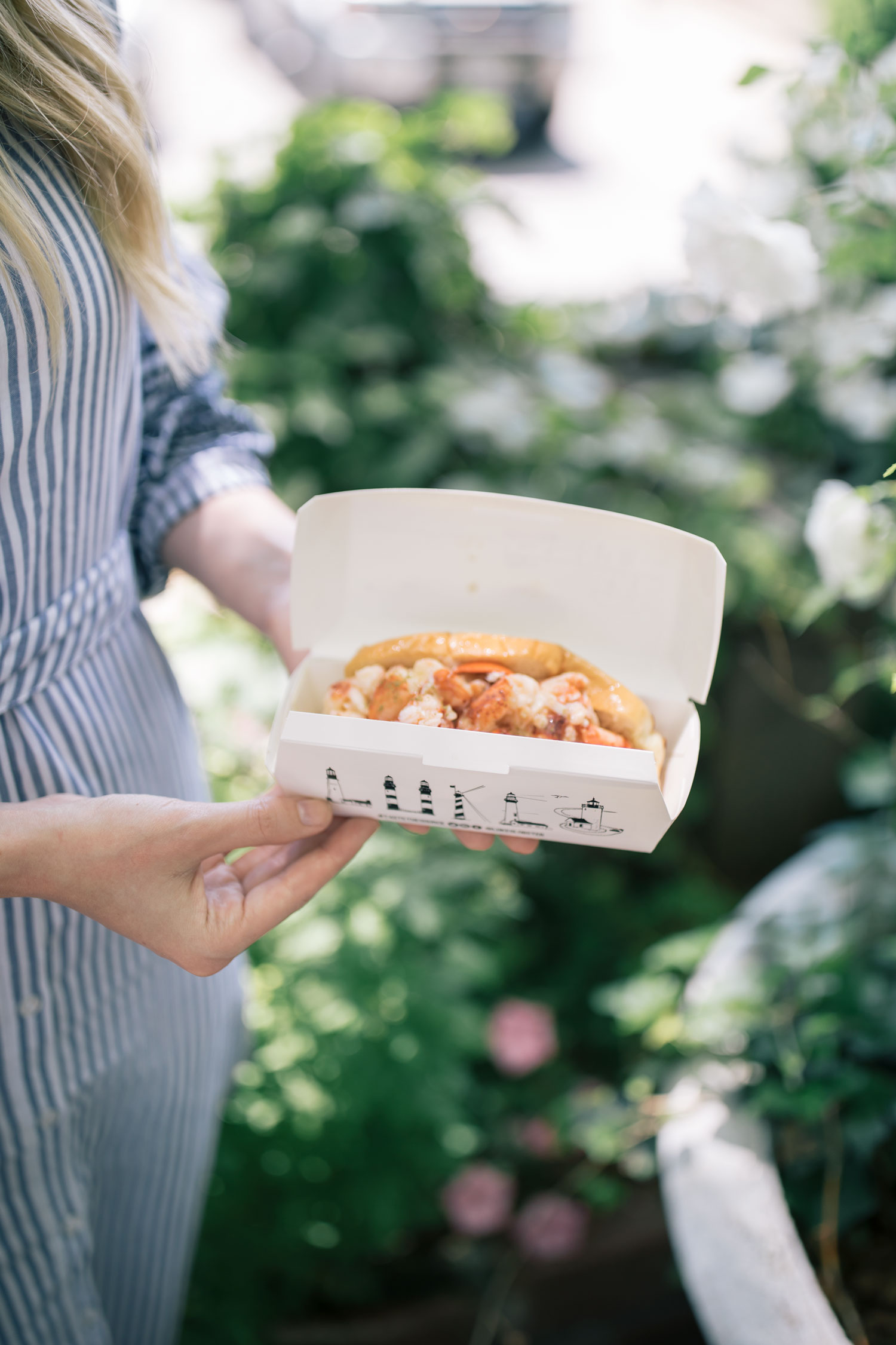 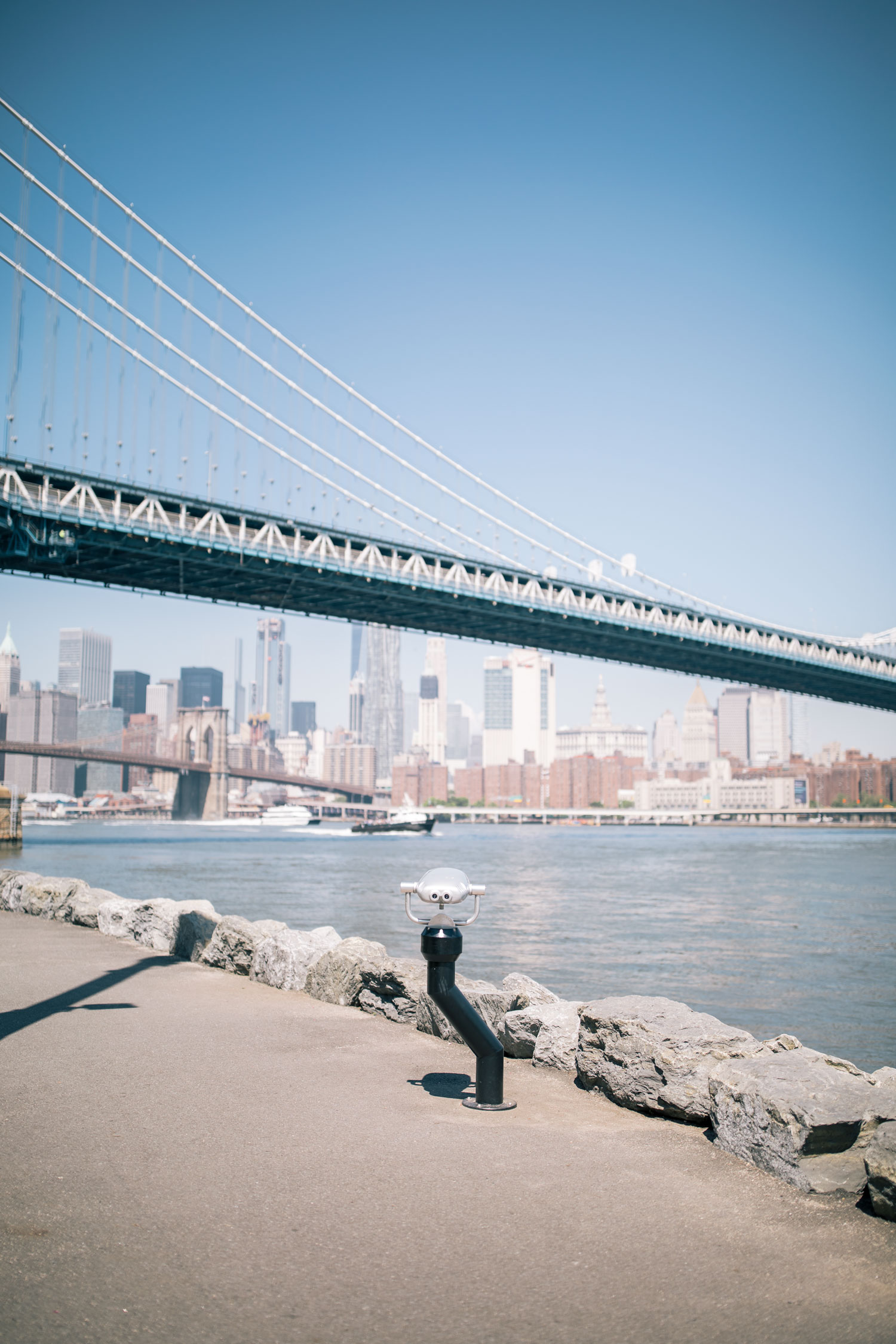 On our way out of New York, we stopped at Maman Tribeca to have a quick look and a then at Trader Joe’s and Target as we don’t have either of them in Canada. We had such an amazing trip and looking back at these photos and writing this post has made me realize just how much we actually did in 4 days!

My Top 10 Favourite Posts of The Year

8 Things You Didn’t Know About Shaving Your Legs

Another Trip To South Pond Farms