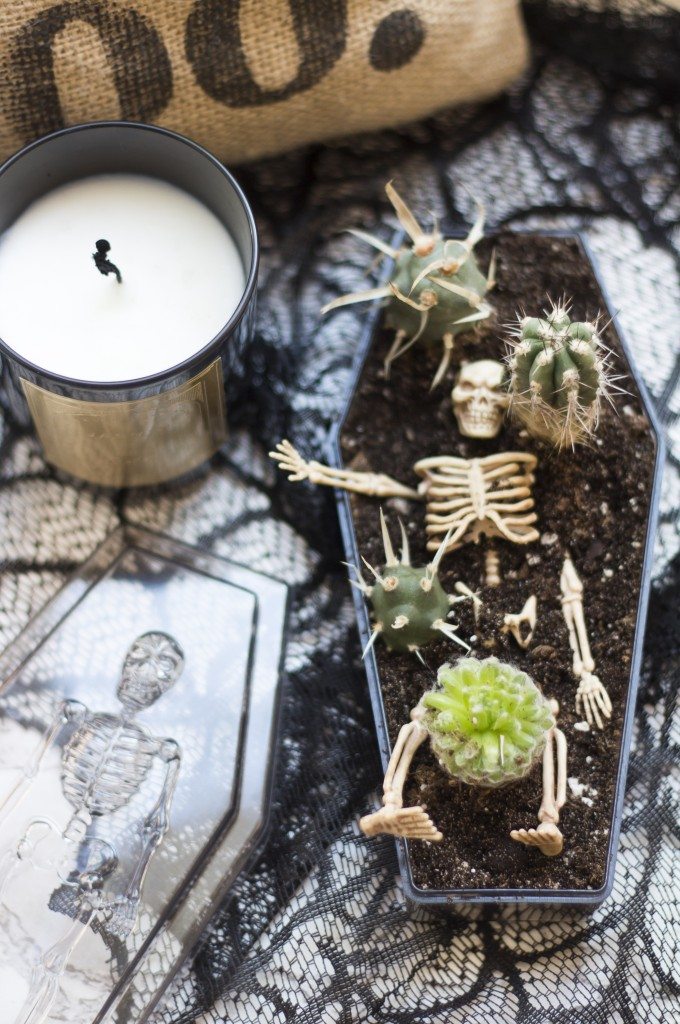 Sometimes inspiration strikes at the most random of times, Like this DIY succulent grave for instance. I was in the grocery store the other day and came across the Halloween section, I immediately stopped getting my groceries (everyone does that when they see decorations, right?) and began picking out a few spooky Halloween goodies. As soon as I saw this plastic coffin and skeleton my head went right to SPOOKY SUCCULENT GARDEN! This succulent grave uses the same principles as my succulent bowl tutorial but has an eery twist that is perfect for Halloween. 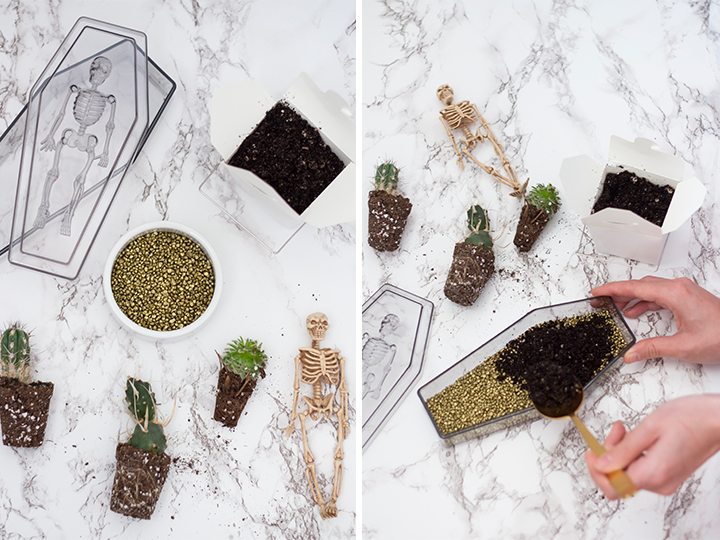 What You Will Need:
1. Plastic/wood coffin + skeleton (I found mine at Loblaws)
2. Assorted succulents
3. Potting soil
4. Rocks for drainage
5. Spoon
6. Gardening gloves, scissors and water (not shown)

Step 1: I Poured a small layer of rocks on the bottom of the coffin to help with drainage when watering the succulent garden.

Step 2: Using my spoon I scooped out some potting soil and placed it in the coffin. 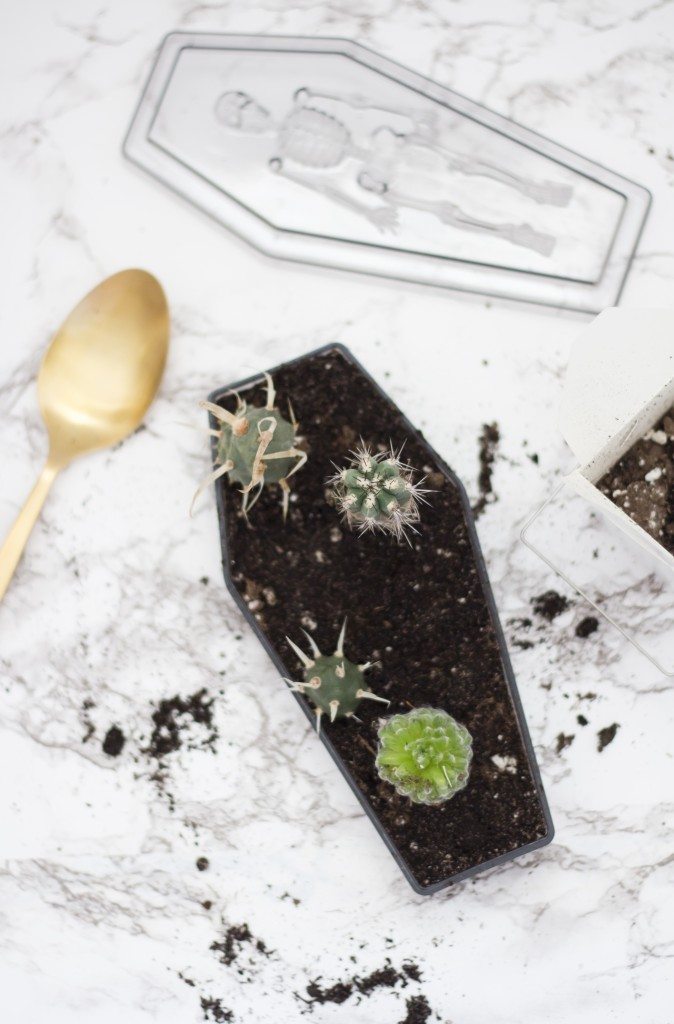 Step 3: Making sure to wear gardening gloves (those cactuses are prickly!) I loosened the roots of my succulents and carefully and placed them randomly around the coffin. 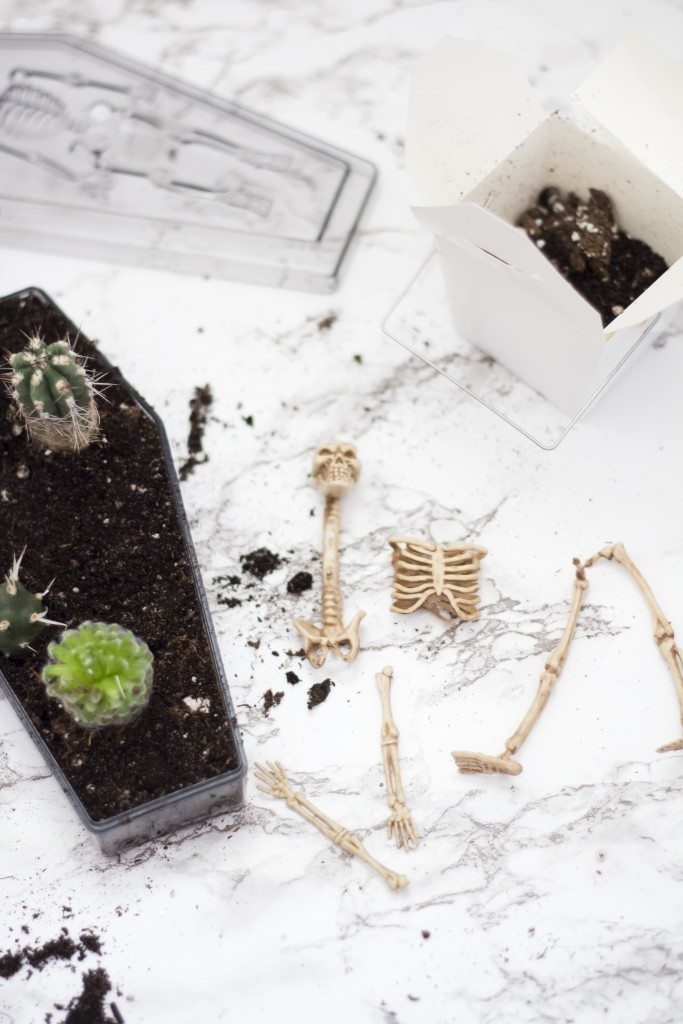 Step 4: Using my hands and scissors I broke up the skeleton into 7 pieces (2 arms, 2 legs, head, ribs and spine). I placed the skeleton around the succulents sticking a few pieces further in the dirt while others I make to look like he was emerging from the ground. It’s really up to you how you would like him to look! 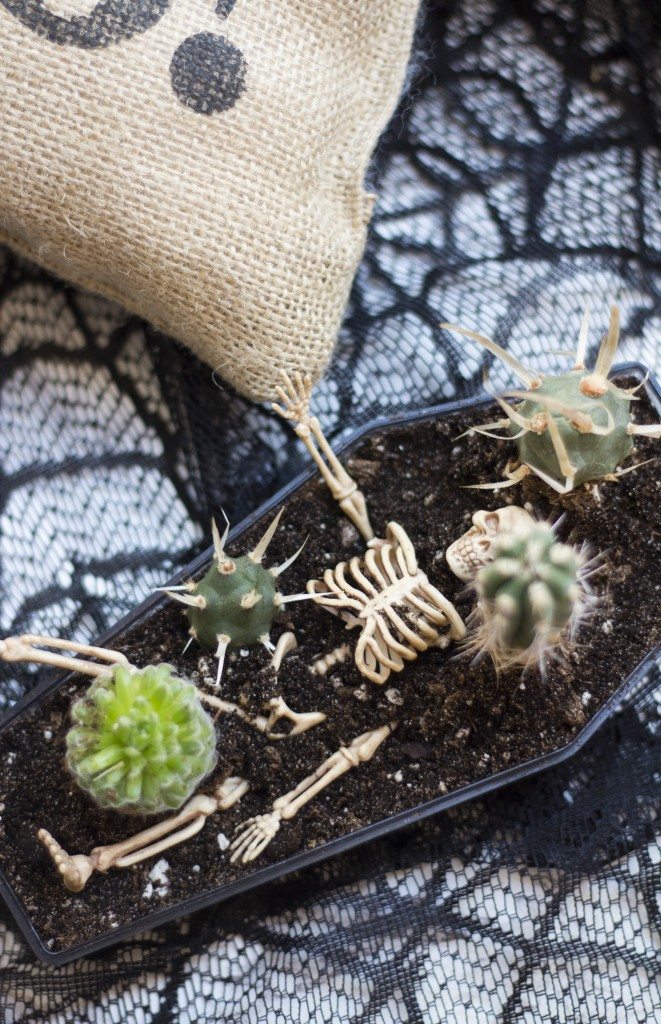 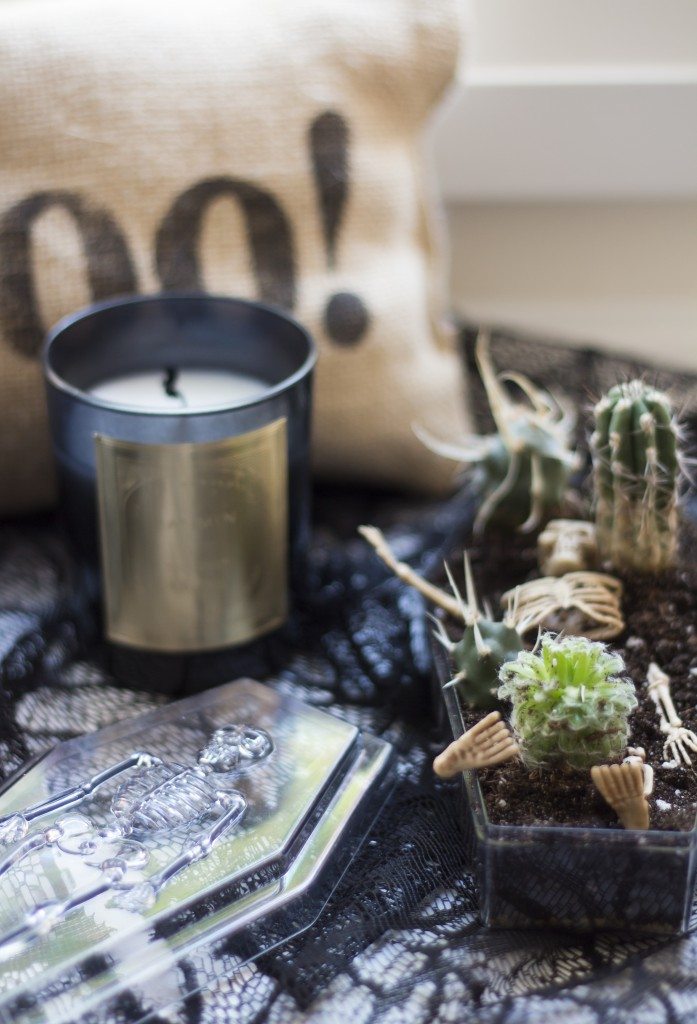