RECAPPING MY FIRST TRIMESTER OF MY SECOND PREGNANCY 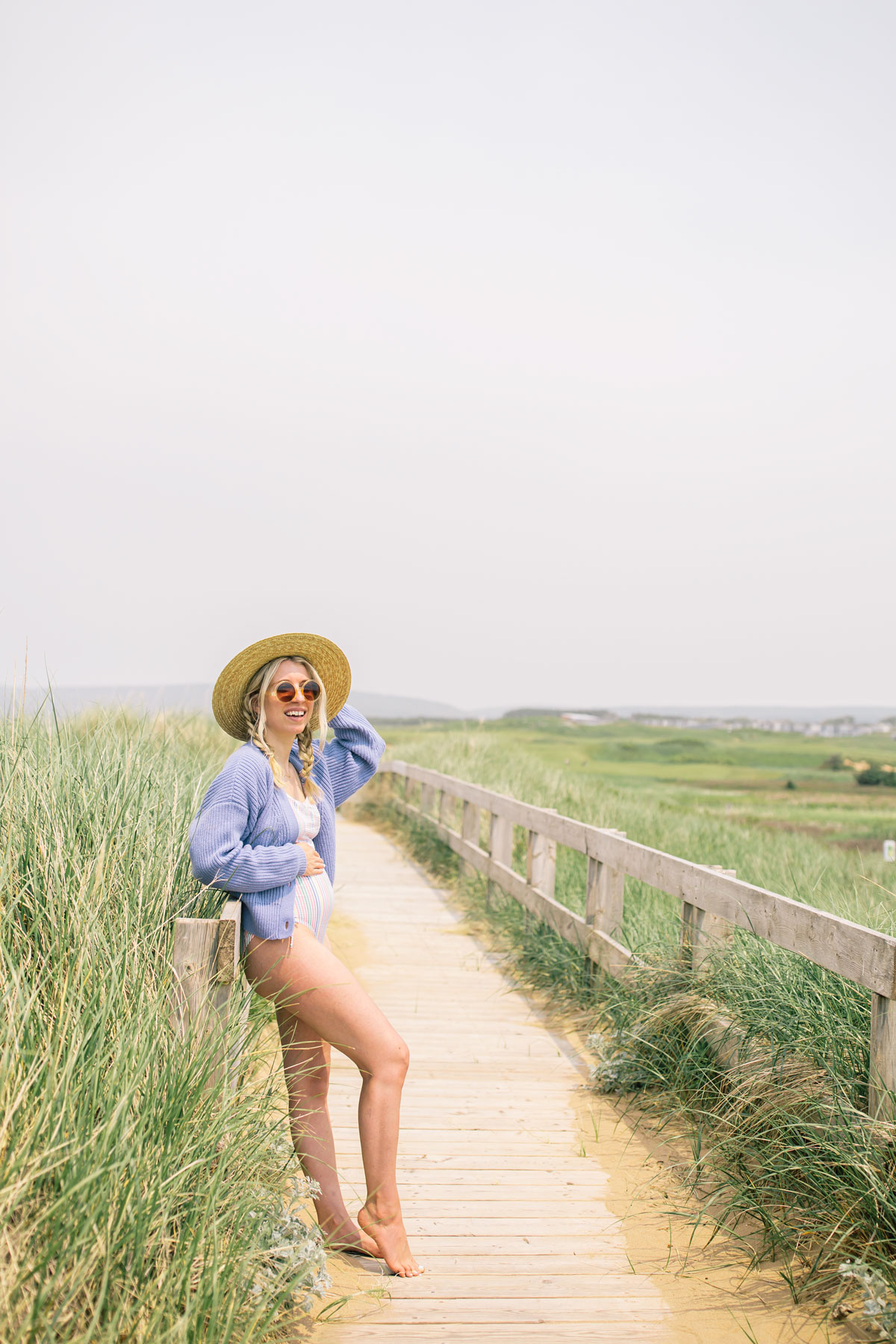 Wow you guys, I am so overwhelmed with all of the love you sent our way after our announcement last week. In all honesty, it felt so surreal to be sharing the news that I am pregnant with our second baby, even though I’ve had the ultrasound to confirm that YES there is a tiny human growing away in there. I also had a prenatal appointment yesterday where I got to hear the little one’s heartbeat (and I swear I’ve felt a few flutters already), so that eased the anxieties I’ve been having as of late. As of Thursday, I’ll be entering into my second trimester which is wild, but I will be so happy to (hopefully) be leaving the exhaustion and nausea that is the first trimester behind. While this pregnancy was another surprise (you guys, I was literally about to start the birth control pill the month we conceived) I am beyond grateful that it happened this way. I couldn’t feel more blessed and excited to be pregnant again and I literally can’t wait to meet this little baby come the new year. Just as I did with my first pregnancy, I’m sharing a Q&A below all about my first trimester.

PS: You can read the recap of my first trimester during my first pregnancy here. 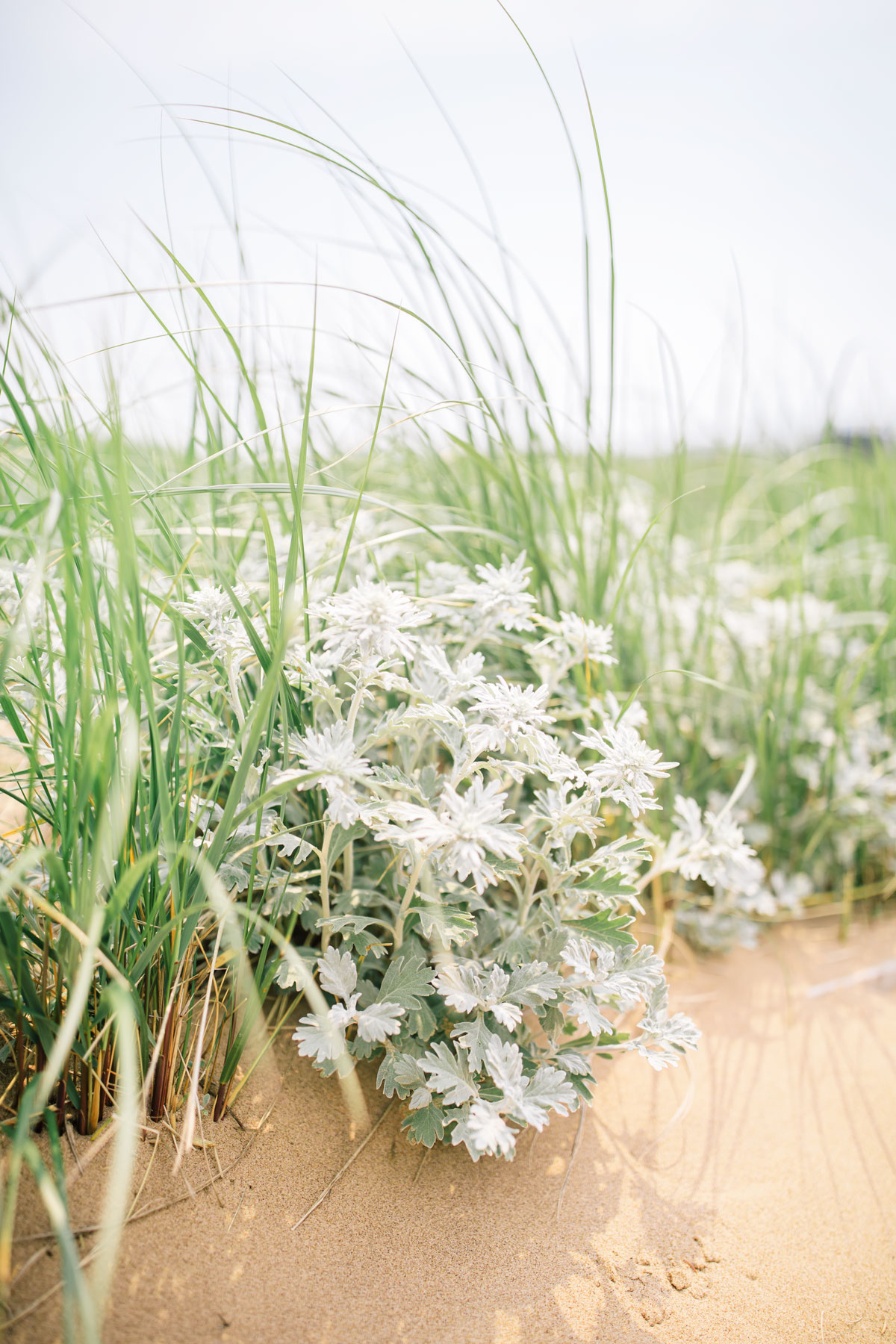 How and when did you find out you were pregnant? We found out I was pregnant on April 20, 2020! I was only about 3 weeks pregnant at the time, so we found out VERY early for a couple who wasn’t trying to conceive. I decided to take a pregnancy test because I was experiencing early symptoms like nausea and fatigue. I had also missed a period but that was completely normal for me since I’m still breastfeeding and my periods had been sporadic. However, there were two things that really made me think I was pregnant. 1. I had the weirdest craving for dill pickle chips that had me ripping apart our kitchen in hopes of finding them (I didn’t) and 2. I had an emotional meltdown in front of Jamie wherein I cried exactly like you would expect a hormonal pregnant woman to cry. Jamie literally looked at me after this meltdown and was like “girl, I think you’re pregnant“.

A couple of days before we found out I had had a FaceTime call with my mom and sister explaining all of these weird things happening to me and when I said it out loud, I realized that it likely meant I was pregnant. I took the pregnancy test while Jamie fed Edwin dinner and this time the test took the full 5 minutes (unlike the first time where the line came up immediately). when I saw the “pregnant” line I nearly fainted, haha! I sat on our bed just spinning until Jamie came into our bedroom, hugged me and assured me that this was a really great thing. I let it sink and FaceTimed my mom and sister telling them that YES I am pregnant and we could all hardly believe it.

How far along are you now? Today I am 13 weeks and 4 days pregnant!

How are you feeling both physically and mentally? Let’s start with physically. With this pregnancy, I feel like I have the classic first-trimester nausea that can usually be kept at bay by eating every couple of hours. I’ve had a couple of days where I’ve been physically sick (one of which was this past weekend and it.was.awful) but otherwise, I haven’t thrown up nearly as much as I did with Edwin (and that lasted throughout my entire pregnancy). I’ve also been very tired which admittedly has been hard with a busy toddler running around. Luckily, up until a couple of weeks ago, Edwin was still on a 2-nap a day schedule so I snuck in lots of naps when he napped which was glorious. Other than the nausea and fatigue, the worst pregnancy symptom for me has to be the physical pain I’ve had in my lower back, hips, and pelvis. I had this pain with Edwin that got considerably worse during the third trimester but as of right now I am having 3rd-trimester pains that, according to my pelvic floor physiotherapist, will only get worse if I don’t keep up on certain exercises and watch how I’m moving. It is believed that I have SPD aka Symphysis Pubic Dysfunction, as I have all of the classic symptoms of it, so I am trying to be proactive and will be doing chiro and massage regularly during this pregnancy.

Mentally, I am feeling SOOOO much better than I expected myself to feel. I honestly thought that I was going to freak out if I ever found out I was pregnant again but I am honestly just so excited. I think it is because I now know what an incredible experience motherhood is and just how much I love Edwin. I can’t wait to see what this baby will look like, their personality, and of course, see Edwin as a big brother. Yes, I’m a little scared for labor and delivery because of my first experience but I am trying to be super positive during this pregnancy.

Will you be finding out the sex of the baby? YES! We will be finding out the sex of our baby at the 20-week ultrasound and plan on hosting a sex reveal party at our house, restrictions permitting. I had bought an early gender detector test online, but decided against taking it. Apparently, if you’ve previously carried a male pregnancy then that chromosome can still remain in your body, resulting in a false male positive (even though I think we’re having another boy lol). Again, as I said during my first pregnancy, while we are finding out the sex of the baby, I want to note that sex is determined by genitals and it does not determine gender. We will support and love our child no matter how they define themselves on the gender spectrum when that time comes.

Have you had any cravings or aversions? If so, what have they been?

Cravings: Unlike my first pregnancy, with this pregnancy, I have had some very specific cravings. The aforementioned dill pickle chips, actual dill pickles, crackers (Sociables) with cream cheese or cracker barrel cheddar cheese, Lipton chicken noodle soup, tomatoes with salt, one massive craving for chocolate cake 5 minutes before the grocery store was closing and my sweet husband dashed out the door to get it for me, haha! And I think that is it. I’ve also noticed that in my first trimester, food just tasted amazing to me. Things like peaches and oranges were so refreshing and delicious and food like pastas and pizzas were divine tasting…I can’t even explain it!

Aversions: I haven’t had any major aversions with this pregnancy except for I’m having a hard time drinking water which is weird because normally I’m that 2 liters or more a day water drinker. I also hate the smell of chicken being cooked but I can still eat it no problem. 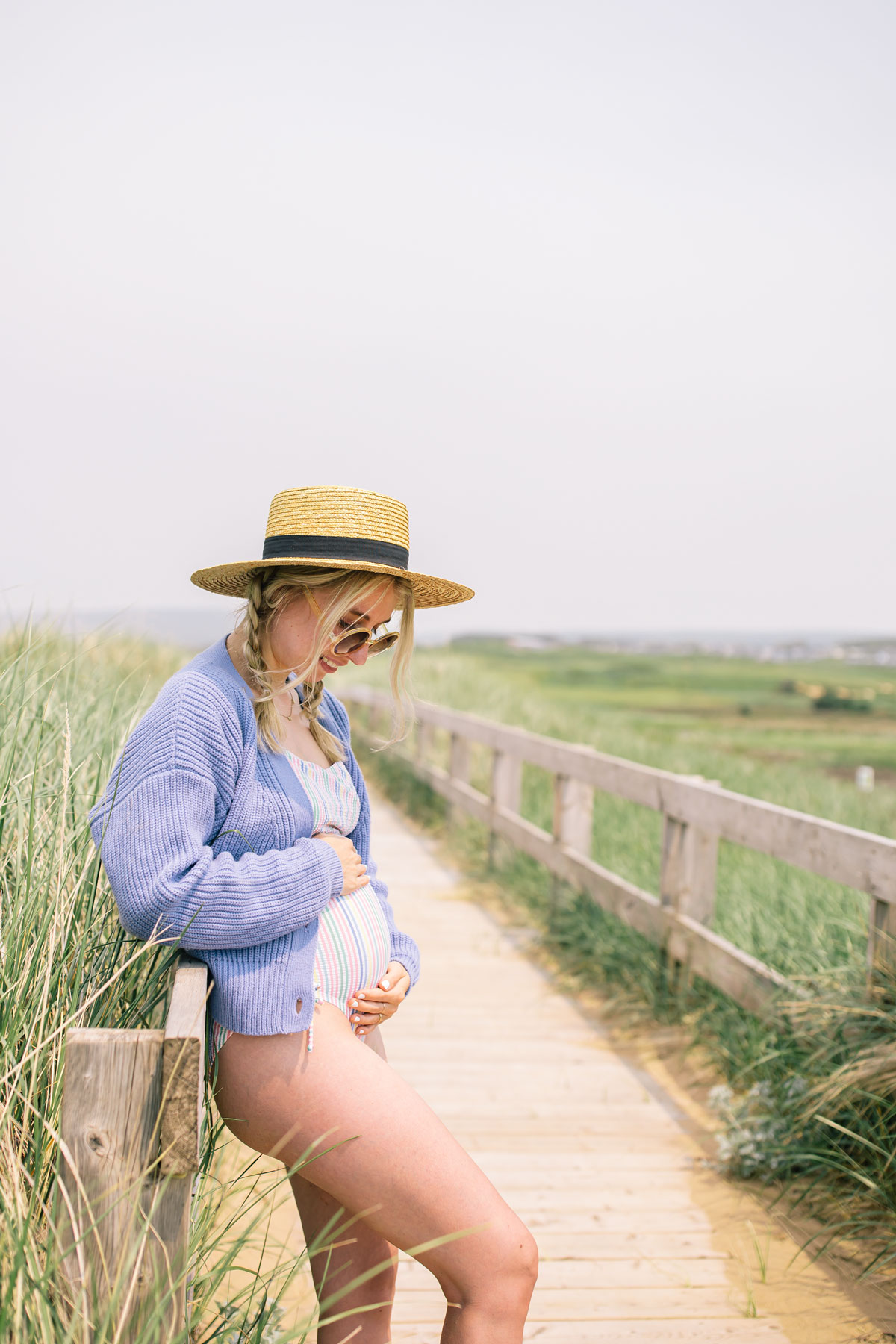 Have you been exercising and if so, what are you doing? Just before I became pregnant, I was getting into a pretty great exercise routine that included yoga, HIIT, and dance cardio. Unfortunately, the first trimester hit me pretty hard and I didn’t have an ounce of energy to keep up with working out. I’ve also been so sore that I’m not positive the workouts I was doing would be considered pregnancy safe, especially because of the SPD. I’ve recently started some international stretching and am planning on practicing prenatal yoga again soon.

How Do you Feel Having Two Babies So Close Together? I had a few mamas message me on Instagram asking me this question as they are either pregnant with their second like me or trying to decide if they want another baby after the first. To be honest, if you had asked me this question before becoming pregnant, I likely would have said we were a “1 and done” family. However, I truly could not be happier to be pregnant again…I’m actually surprising myself with my level of excitement for baby #2. While it is a little nerve-wracking to think about how much attention I know Edwin will still need along with the level of attention a newborn needs, I am confident in my support system and the fact that Jamie is an incredible husband and partner who simply helps me as much as he possibly can. I’m also pre-prepared for the lack of sleep and fussiness that comes with newborn status and I’m hoping that our experience with Edwin has armoured us to expect the worst and hope for the best, haha! I also know a WHOLE lot more about babies and the eat, sleep, wake schedules so I think that will help us out A LOT…check with me in the new year though lol!

You’ll Never Believe That These Floor Poufs are a DIY Project!