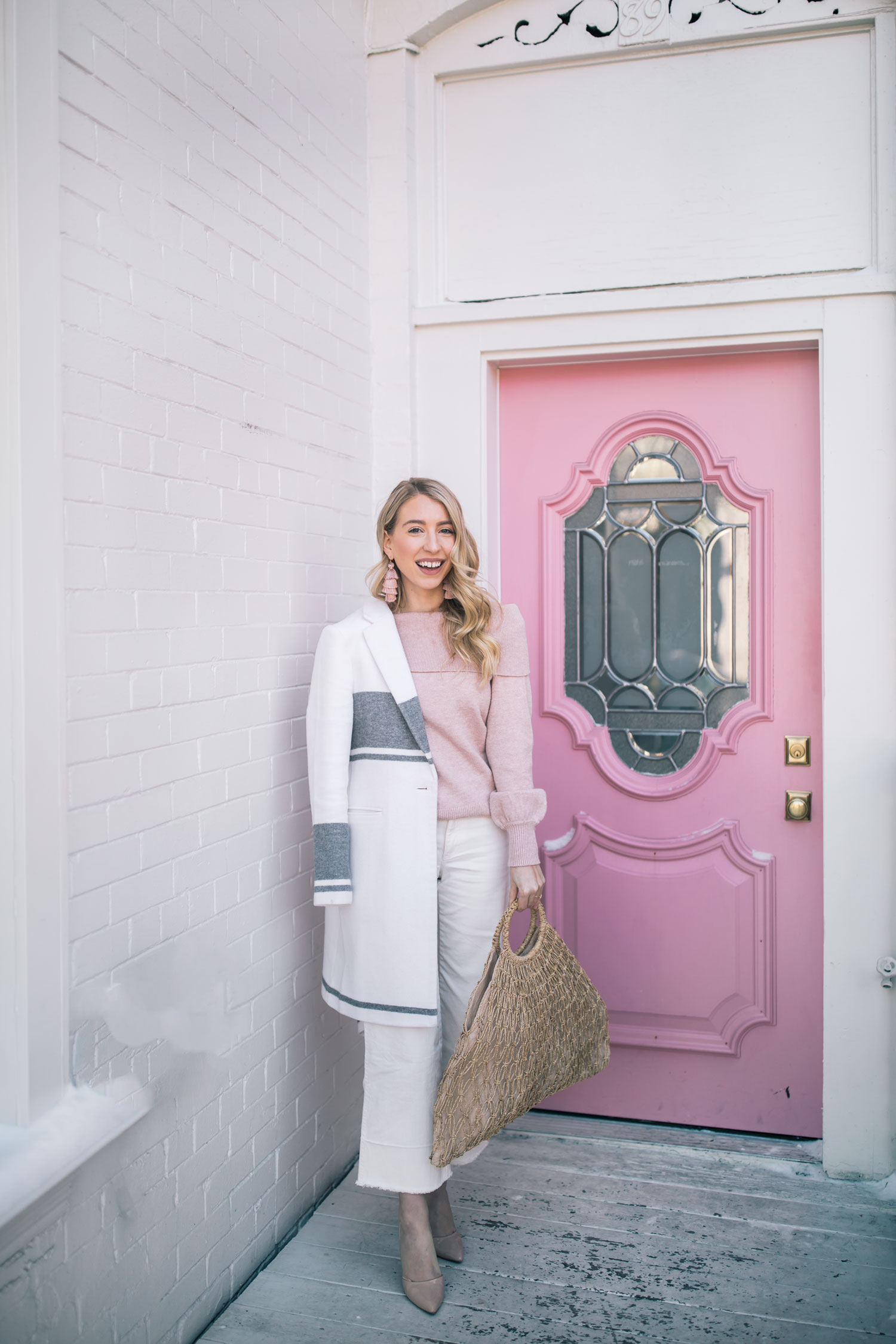 Earlier this week, Jamie and I were out and about scouting a location to shoot photos when we both agreed that it was much too cold to be standing outside for too long (I think I spoke too soon when mentioned that it was finally warming up!). We both decided that the better option would be to go on a quick lunch date indoors at Cafe Cancan, grab some photos inside and finish up quickly outside where we could make a run to the car when all was said and done. I’d only been to Cafe Cancan once prior to this and had wanted to get back here for months to have a proper lunch. As soon as I saw French Onion Soup on the menu I knew that was what I’d be ordering and goodness did it not disappoint. Jamie ordered the Cafe Cancan burger and while I didn’t try that I did have a few of his fries and trust me when I say I could have eaten them all, ha! Besides that Cade Cancan is seriously Instagrammable, their food and service were also top notch and I highly recommend.

As for my outfit, I’m pretty much refusing to go anywhere but the dog park in my parka at this point, so I guess you could say I’m braving the cold. I received this sweater from Le Chateau just before Christmas and had only worn it once before this. I’m not sure why as It’s so soft and offers a very feminine, romantic vibe that I love. I also really like showing a little shoulder in the winter since it’s pretty much the only skin you can get away with bearing without freezing (feet including because they were like ice cubes). Finally, I also want to note that I think adding a straw style or woven bag still looks so good in the winter. It adds such a nice element of texture and feels unexpected which of course, I’m a huge fan of. 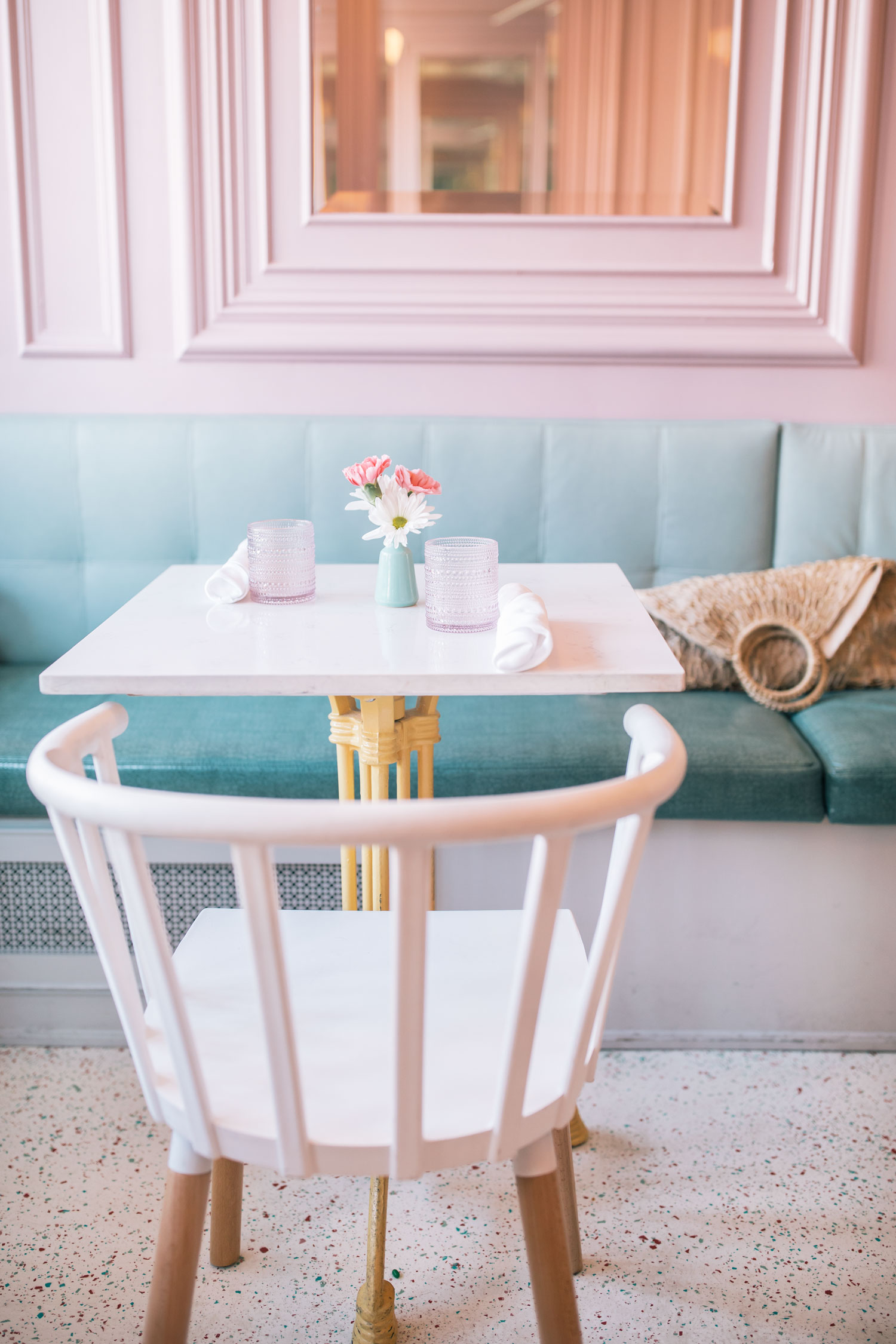 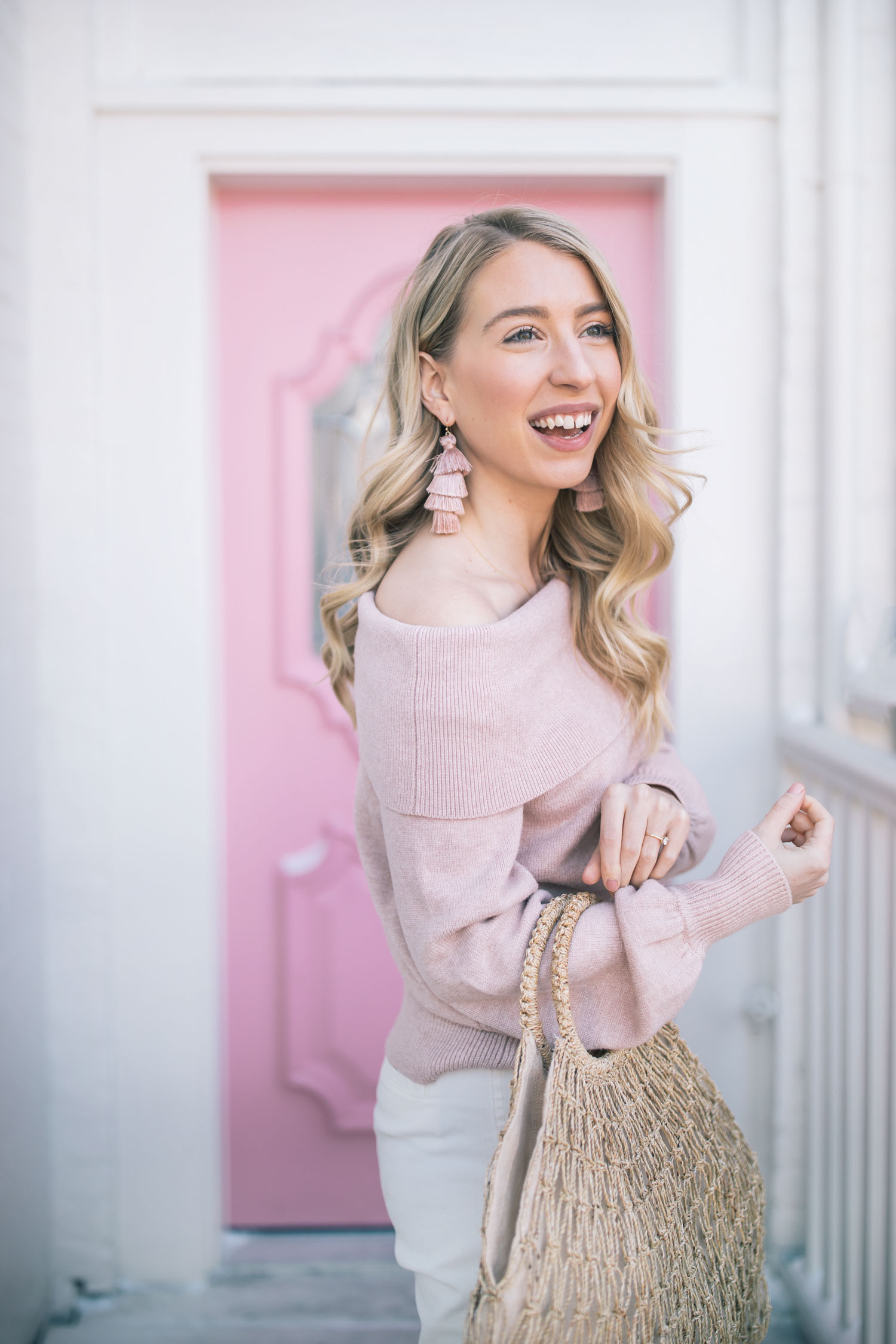 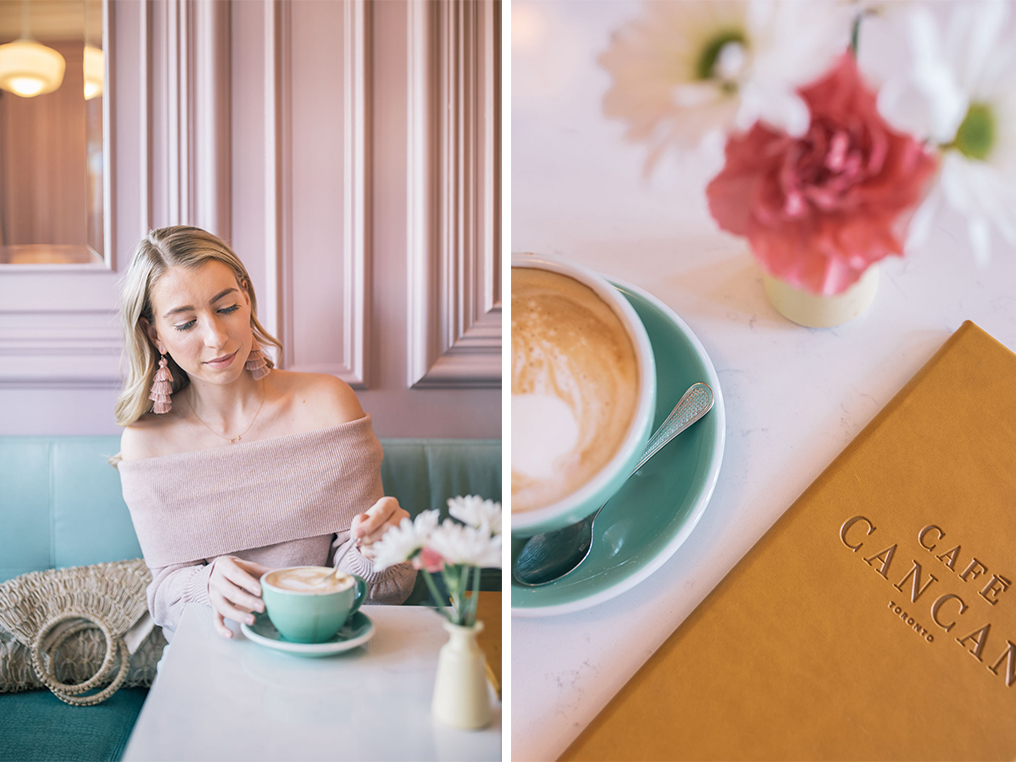 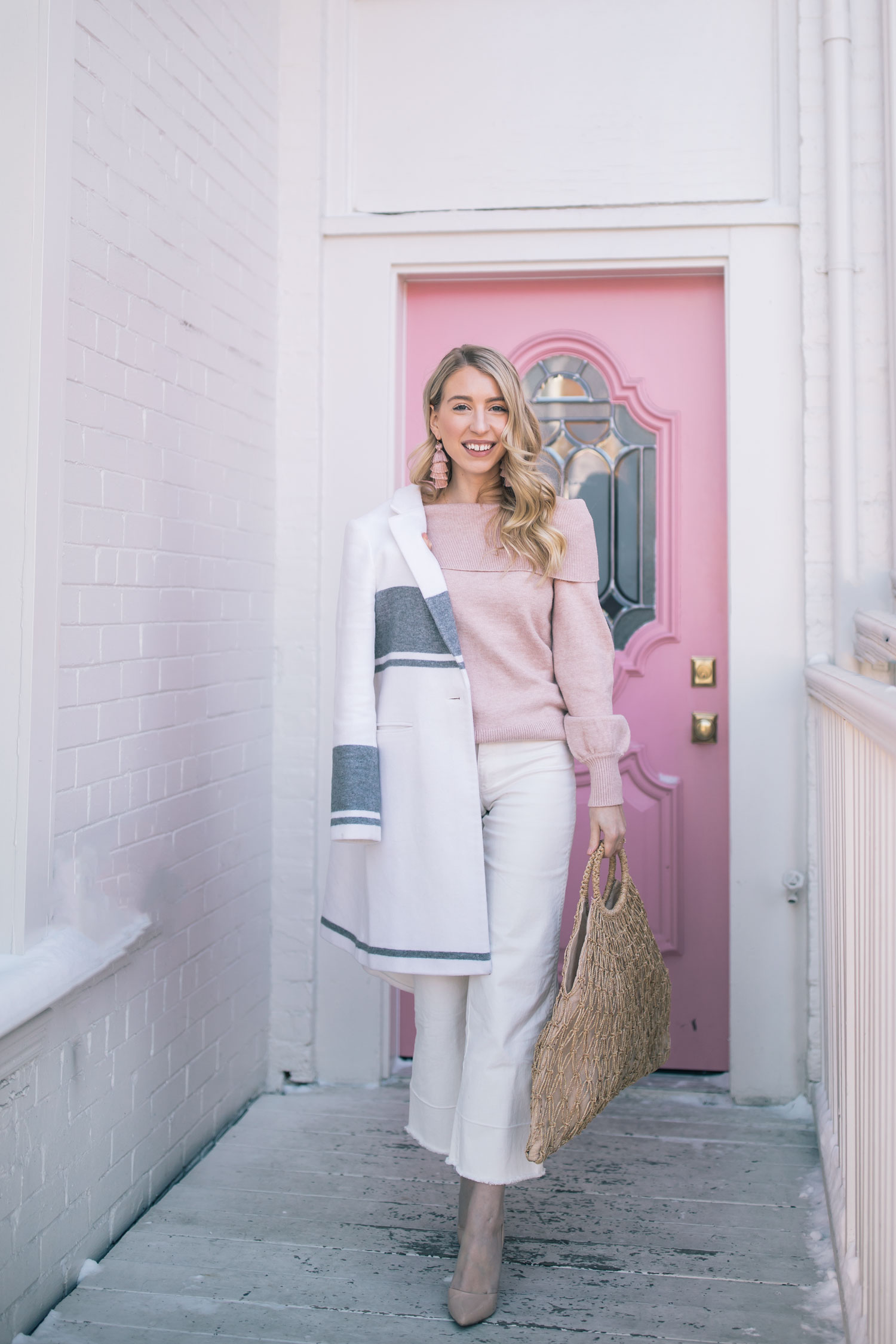 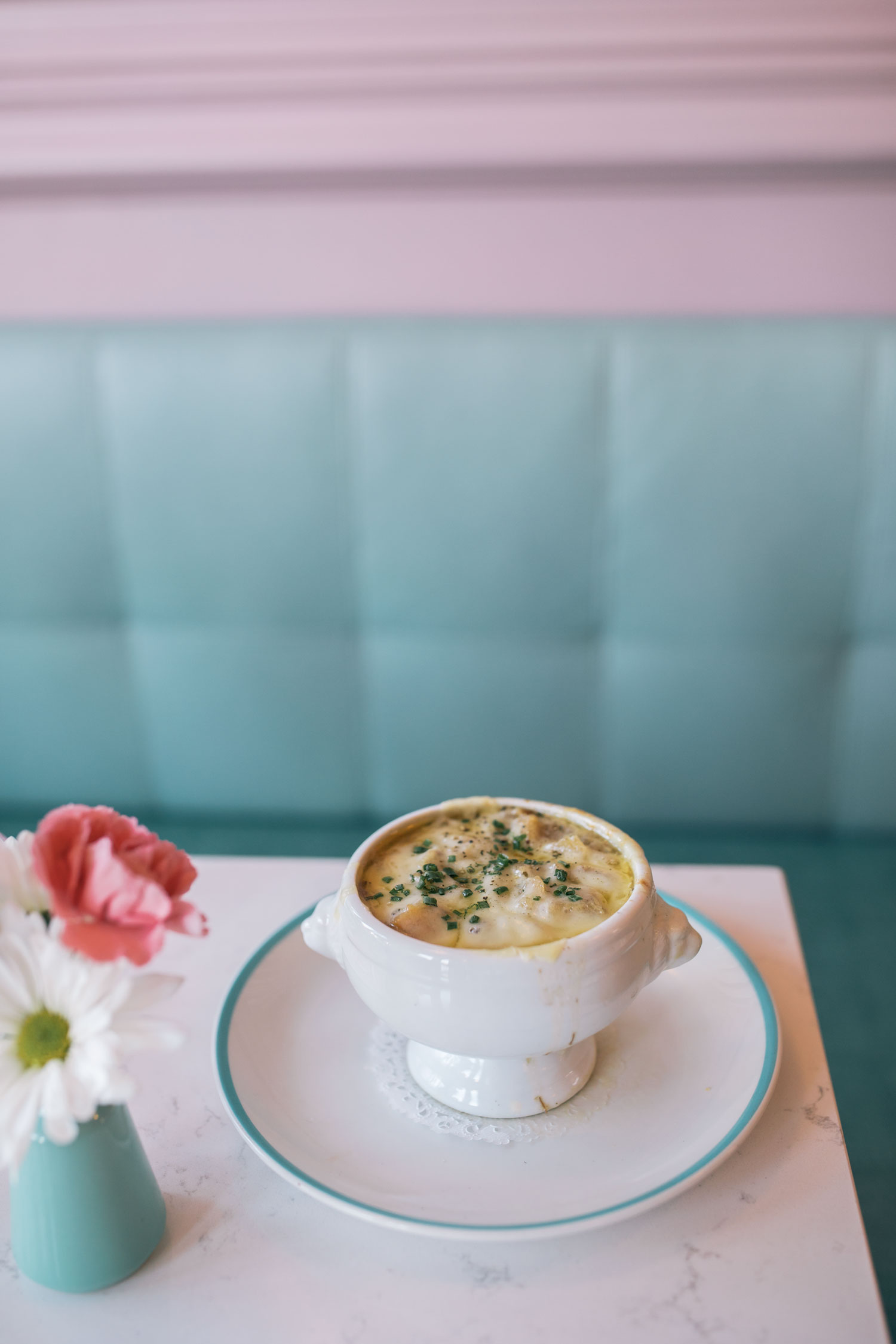 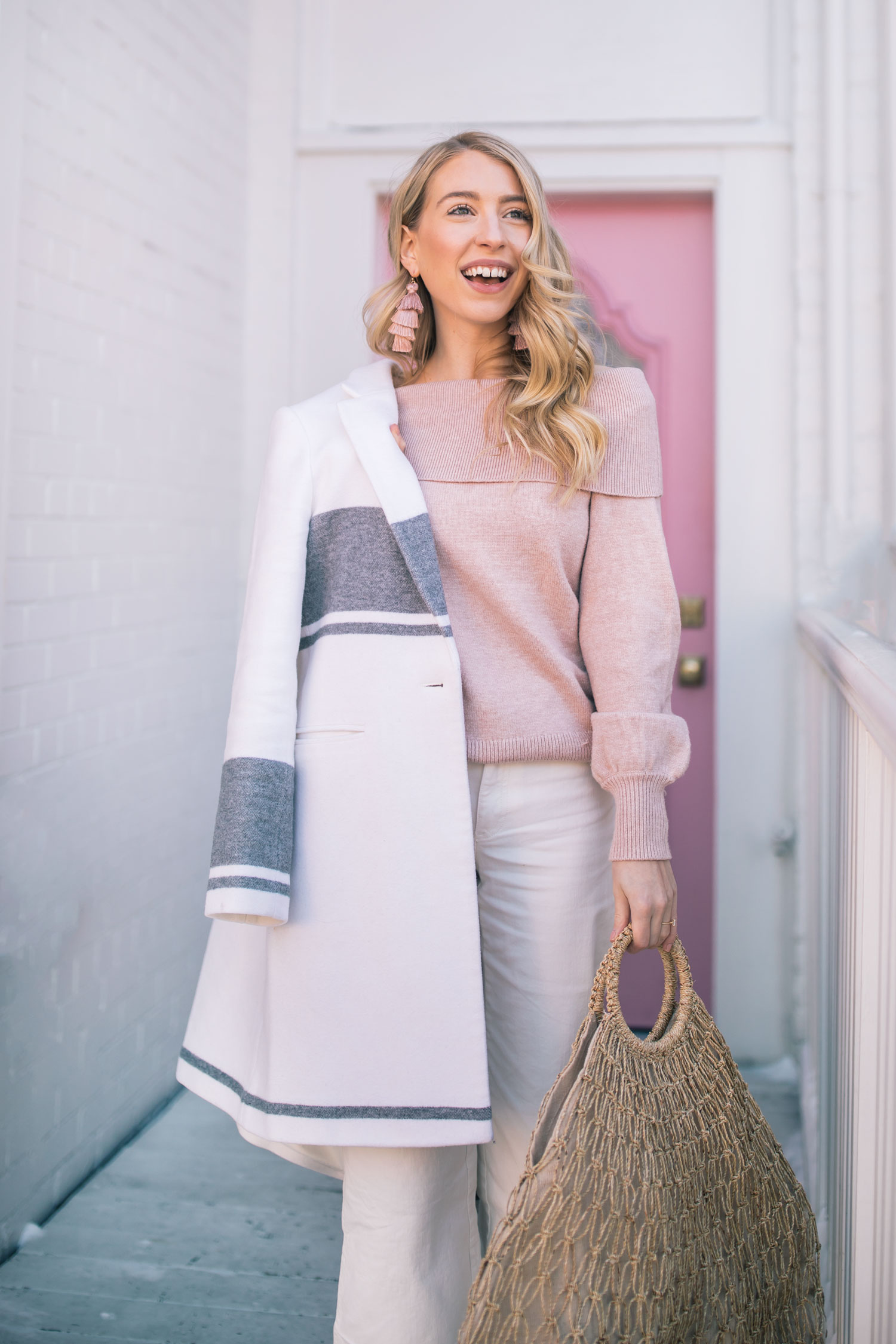 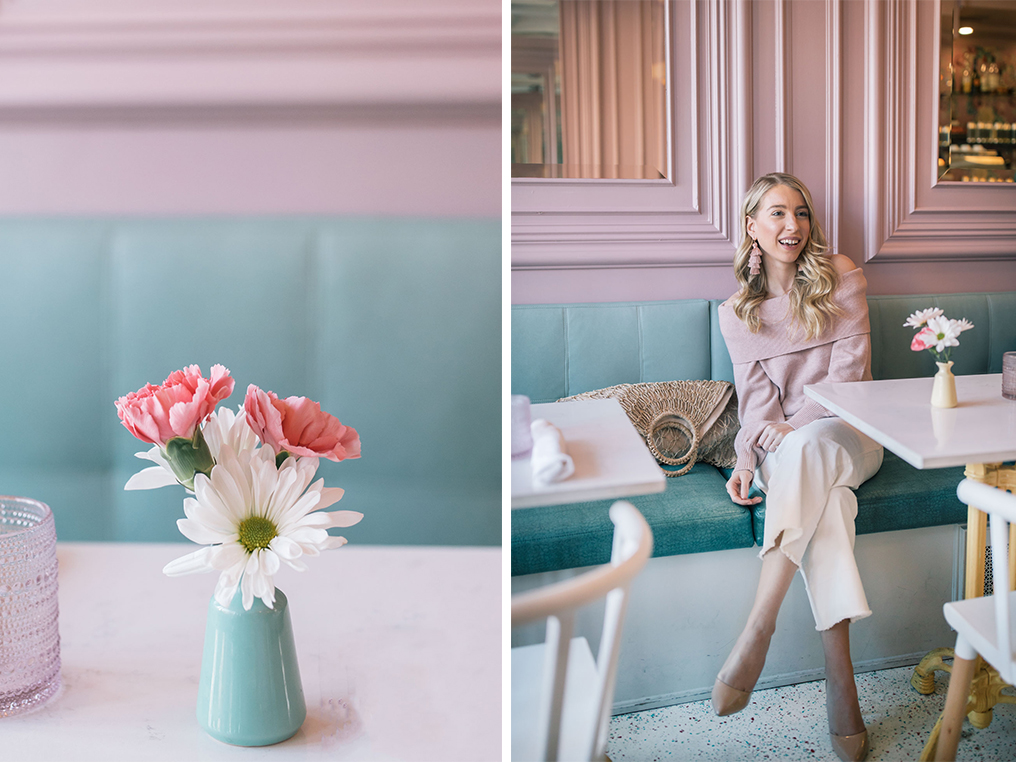 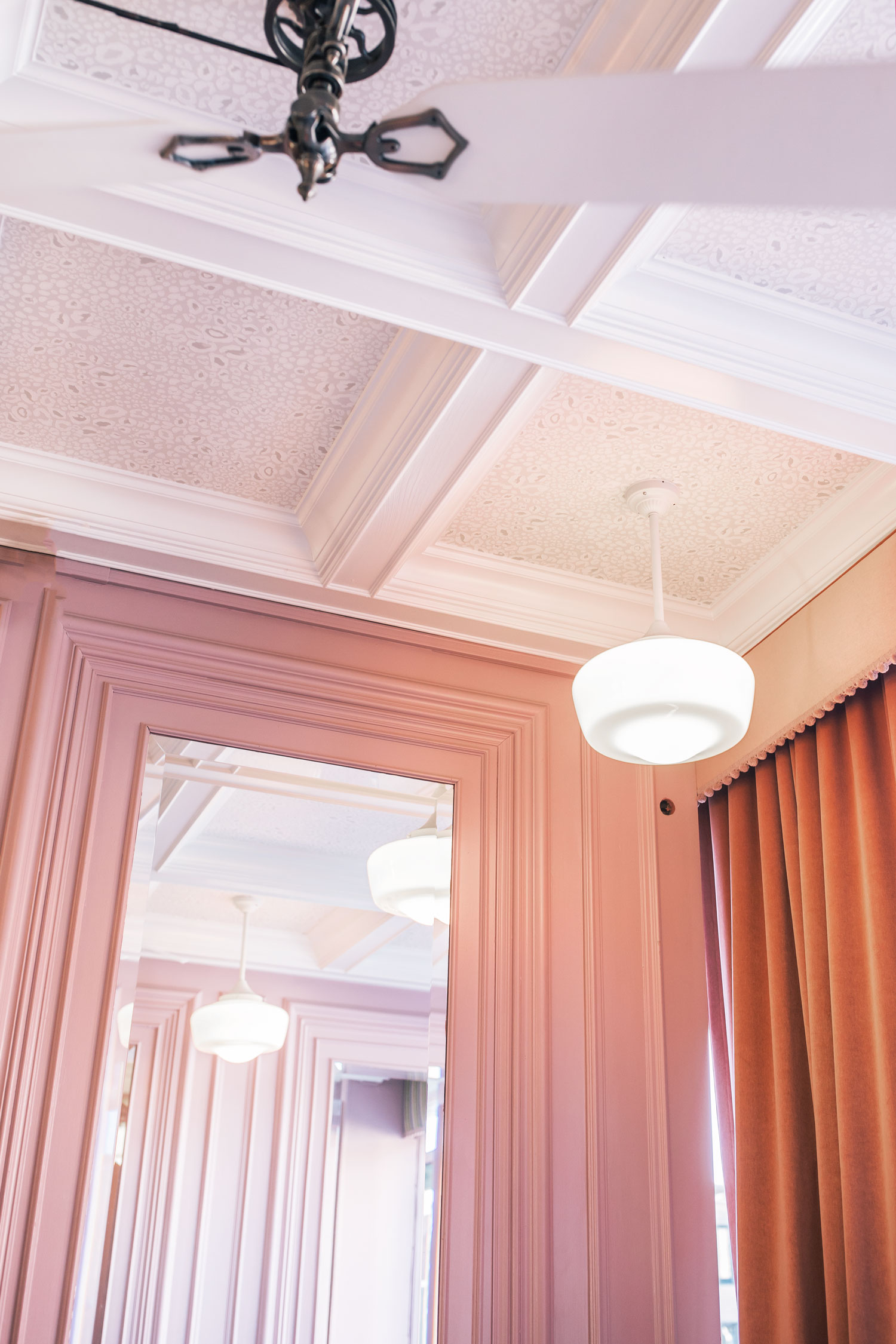 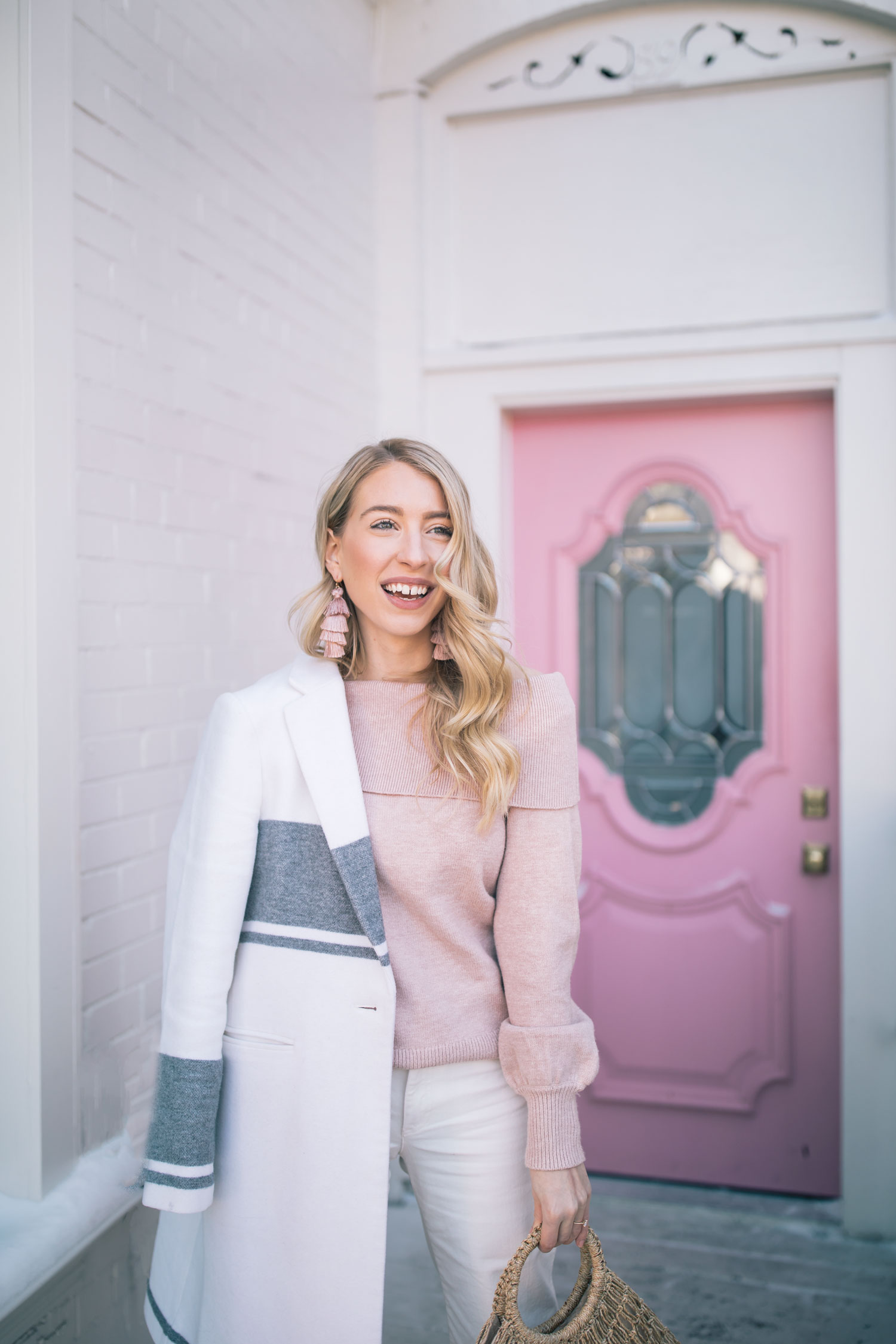