By following your friends and influencers you'll be able to see what they're saving in real time.

Cooking is more fun with friends.

Find your friends who are already on Food52, and invite others who aren't to join.

Save and organize all of the stuff you love in one place.

Functional but warm, minimal but full of life, modern Scandinavian designs are organic where other expressions of modernism are austere. It isn't any wonder that they're so widely sought after in contemporary homes of all styles.

While modern Scandanavian designs date back to pre-mid century (as early as the 1920s), certain specific products have been so enduring—and so endlessly replicated—that their popularity is hard to ignore. The following are 10 of these designs you've probably seen around town. With help from Elizabeth Wilhide's wonderful book Scandinavian Home, we're sharing a little bit of backstory about each one. Starting with the Dansk cookware we just launched in our shop!

Produced by Dansk—a favorite manufacturer of the Food52 team—Quistgaard's Kobenstyle cookware was designed to be "lighter than cast iron and so affordable, as well as attractive enough to be placed on the table." The lids are even designed to double as trivets. 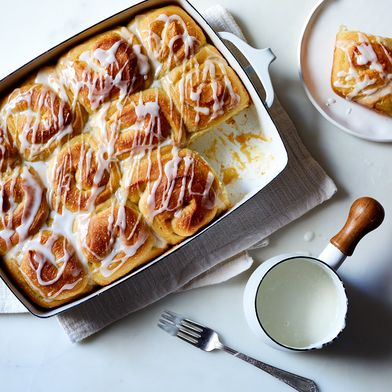 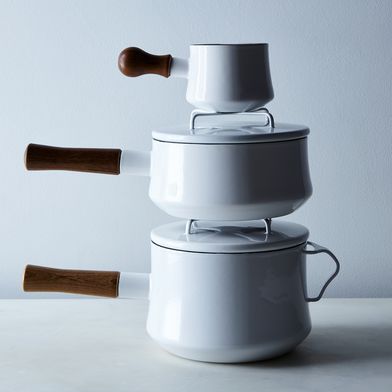 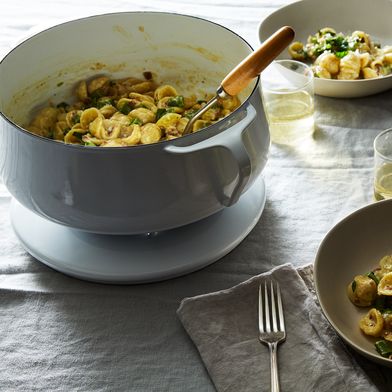 A close friend of Charles Eames and Florence Knoll, Saarinen is perhaps most famous for being the designer of the TWA building at J.F.K. airport (now closed). His tulip chair for Knoll was conceived of as "a part of a range of 'Pedestal' furniture," including a table known simply by his last name.

Originally designed for a restaurant in Copenhagen, this pendant lamp is construed so that you can't see the light source from any direction, making it completely glare-free. It has 72 "leaves" that make up its shape, which was originally referred to in Danish as a pine cone.

Produced by Marimekko on a cotton textile, Isola's iconic poppy pattern was bold at its time (when realistic florals were all the rage) and has become synonymous with the brand.

With a back and seat that are free from supporting frames, this seminal work of Juhl's was "groundbreaking" at its time, according to Wilhide, and "made possible by teak jointing techniques pioneered by Juhl." The lines are fluid and elegant, the kind of chair that begs to be sat in.

Contacted by Vola to design a tap that concealed all the mechanical parts, Jacobsen's resulting design was entirely new for its time, super svelte, and is still being produced.

With a moveable head and arms, this little fella has as much personality as it has had happy homes. "I had Bojesen’s Monkey dangling from modular shelving in my bedroom," Wilhide remembers.

"By paring everyday objects down to their essentials, [Franck] ensured his designs had a timeless quality," Wilhide writes. "Kartio" means "cone" in Finnish, a shape that is used to harmonize the set.

With a curved back, a semicircular top, and "splayed" wishbone support, the wishbone chair—which is now produced in every imaginable wood—"shows Wegner's mastery of form."

"One of the best-known of all of Aalto's works," as Wilhide puts it, this laquered birch stool can be used as a seat or a side table—and is praised for using bent "L-legs" that do away with the need for a supportive framework.

This article originally ran last year, but we brought it back to celebrate the launch of Dansk kobenstyle cookware in our Shop (it was already listed here—we just added links!).

What are your favorite modern Scandinavian designs? Share in the comments.

Appears in these collections

Past articles from this author you'll love: 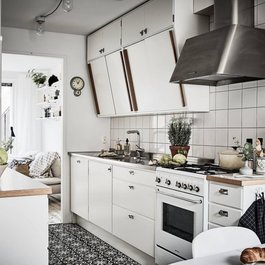 Kitchen Cabinets That Open up a Space (but Aren't Open Shelves) 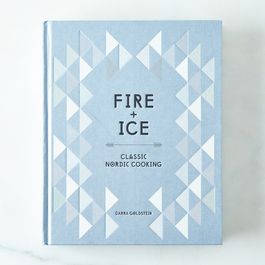 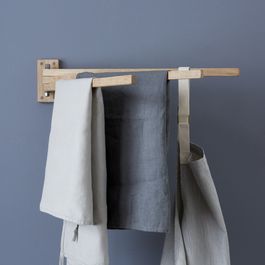 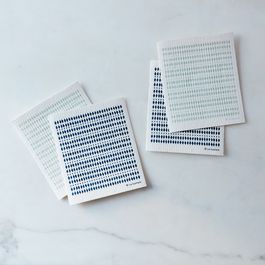 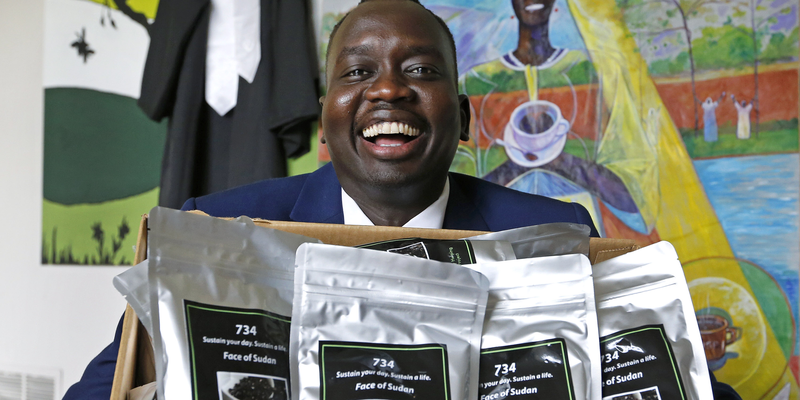 He Was Displaced By Civil War. Now, He Runs a Coffee Company.

He Was Displaced By Civil War. Now, He Runs a Coffee Company 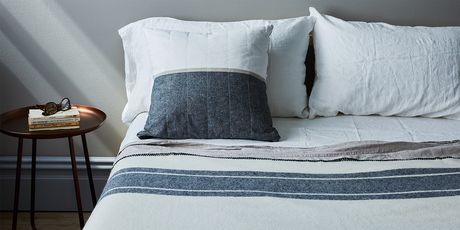 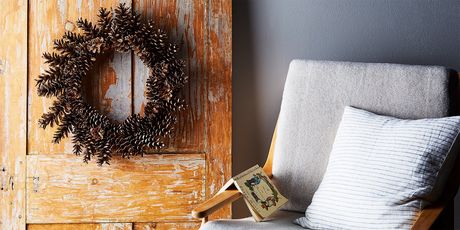 New! Wreaths for a Fresh Fall 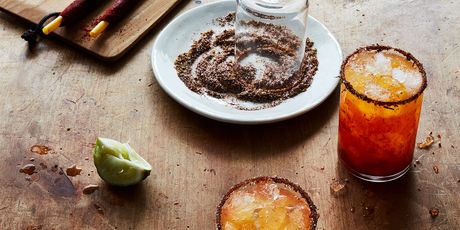 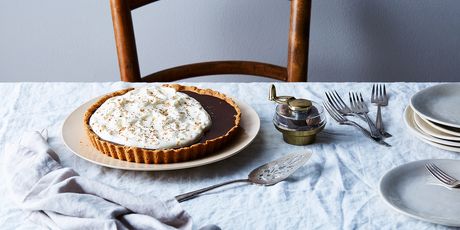 Showing out of comments

My husband scored 6 Knoll chairs for a grand total of 40 dollars about 10 years ago. A grand bargain!

over 1 year ago amysarah

amysarah is a trusted home cook.

Speaking of Wegner, and given current political insanity, it's topical to mention one of his other iconic chairs for Fritz Hansen, the "Heart Chair," which had such a big visual impact (progress! modernity!) at the infamous Kennedy/Nixon presidential debates: http://midcenturymodernist... (Also a personal fave. I restored a set of vintage ones - would insert photo, but my brain is still melted from watching last night's debate.)

Showing 3 out of 3 comments

Want more Food52? Our best tips for eating thoughtfully and living joyfully, right to your inbox.

Hi there! Create a Food52 account to save your favorite recipes, features, and Shop finds.
Join the party—there'll be cake.

Hey, you! Welcome back.

Get the recipes and features that have us talking, plus first dibs on events and limited-batch products.

Name your first collection or try one of these:

␡
Please enter a quantity larger than 0.
Sorry, this item is currently out of stock.
Expected back in stock .
Notify me when it's back.
Submit
Thanks! We'll email you when it's available again.
Add to Basket More Details »
 Express Shipping Available

Thanks for signing up!